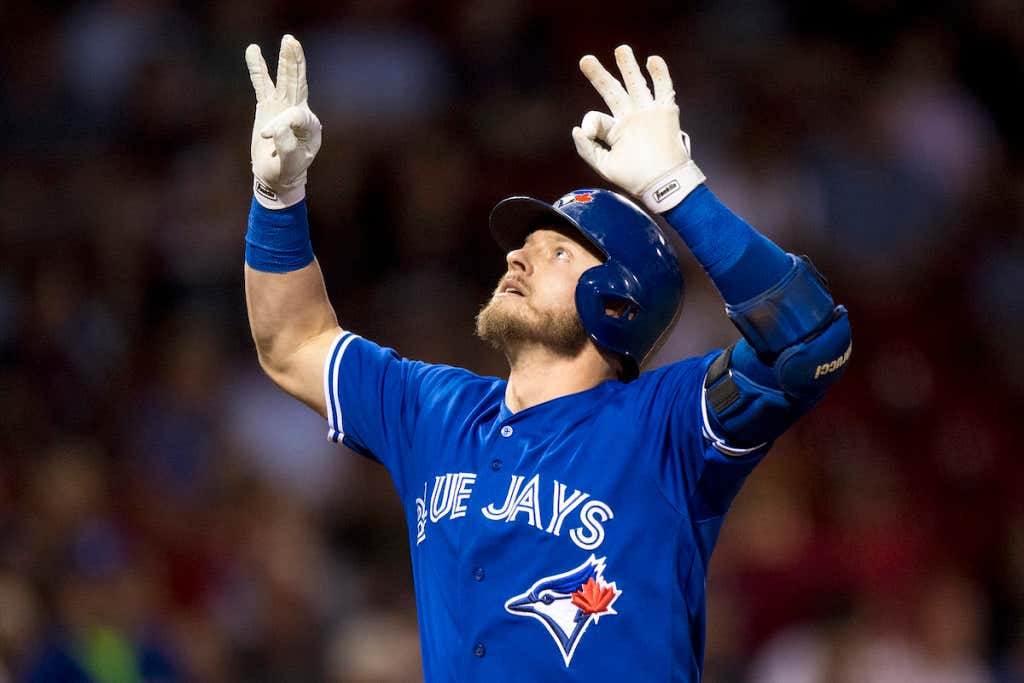 Let’s be honest with each other here — Chipper Jones and Josh Donaldson can rub people the wrong way. Chipper, who’s about to become a first ballot Hall of Famer, has ruffled some feathers with his discovery of Twitter dot com, and Donaldson’s done his fair share of feather-ruffling, mostly on the field, which is a little more acceptable. I love the players that piss everybody off except for their hometown fans.

Anyway, Donaldson isn’t just a good hitter — he’s a smart hitter. He’s not going up to the plate and swinging out of his ass hoping to run into a fastball with his eyes closed. He’s got his philosophies on hitting, as do most of the great hitters that have played this game, but he is very outspoken about his. Last year, Donaldson went on MLB Network to talk about his hitting philosophies with Mark DeRosa and the video went viral.

Twitter Fingers Jones saw this quote and did not agree with Donaldson, so he had to let everybody know that. However, usually if you disagree with something on Twitter and you quote tweet it, you offer a counter point or something along those lines. Chipper was just like, “I do not agree with this.” Okay, cool. Thanks for chiming in? 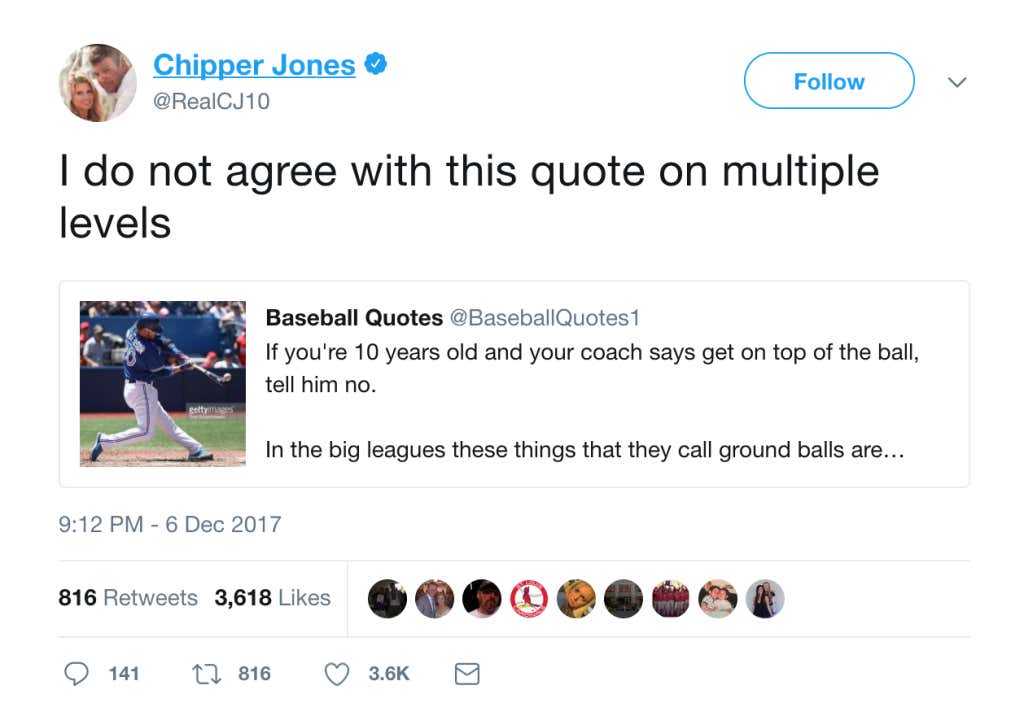 I thought it was a weird move to call out Donaldson without actually offering a counterpoint, and Donaldson himself thought that was a little odd, too, especially since it appears Chipper agrees with Donaldson’s philosophies a lot more than he makes it seem.

I would say advantage: Donaldson here, but I also see what Chipper is saying. Donaldson’s whole premise is that you don’t get paid to hit grounders; you get paid to hit doubles and homers. That’s true. But the idea that his philosophy on hitting is the only philosophy that should be considered is false.

The great thing about baseball is that the players come in all shapes and sizes, left-handed, right-handed, all different kinds of batting stances and hitting philosophies. The best part about it is that you could have a room with a hundred major league hitters in it, they could have a hundred different approaches at the plate or philosophies on hitting, and guess what? They all work, because they all made it to the big leagues.

Now, some might work better than others, sure. But there’s no exact science to hitting. Ted Williams himself, the greatest hitter who ever lived, wrote a book on the science of hitting. It’s been 76 years since he hit .406, and nobody’s hit .400 since. Think about that. The greatest hitter who ever lived left behind every detail on the science of hitting a baseball from his perspective, and nobody has ever been able to duplicate his success as a hitter.

What works for you might not work for somebody else, and that’s okay. That’s just fuckin’ baseball, the beautiful game where if you fail seven times out of ten, you’re considered great.