Independent- Sharon Reed, a presenter on Atlanta station CBS 46, confronted a woman who had demanded her sacking in a racially abusive email.

The viewer, who gave her name as Kathy Rae, accused Ms Reed of “race baiting” and told her: “You are a racist N****r. You what’s wrong with the world.”

Her email added: “You need to be fired for the race baiting comment you made tonight. It’s OK for blacks to discuss certain subjects but not whites, really? You are what I call a N****r not a black person.”

As producers displayed the message on-screen, Ms Reed said she would let the viewer’s words “speak for themselves”.

When your main point is “You need to be fired for the race baiting comments you made tonight,” you shouldn’t follow that up by calling the person the n-word. That pretty much throws your argument into the shitter. You can’t argue against the bait, and then take the bait. That’s like when a girl tells you you’re a loser, and you scream “I’M NOT A LOSER!” and then you go feed your iguana.

I enjoyed Ms. Reed’s restraint here though. She says “I’m not going to say anything,” which, technically, is saying something. She’s able to keep her voice level because she lets her hands do all the talking. That’s what I call fury-talking. It’s when you talk normally but it seems like you’re yelling because you’re effusing so much anger. Inevitably, some moron will ask you why you’re yelling, and that usually makes you yell at them about how you’re not yelling (it’s a self-fulfilling prophecy, much like the baiting theory in the first paragraph.)

Her cohost was pretty funny too. 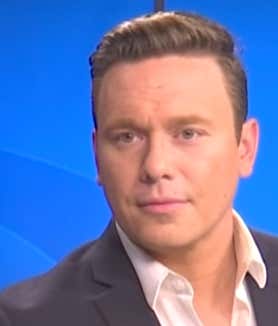 “This is not what we usually talk about.”

PS- I don’t like the term clap back at all. Makes me queasy.