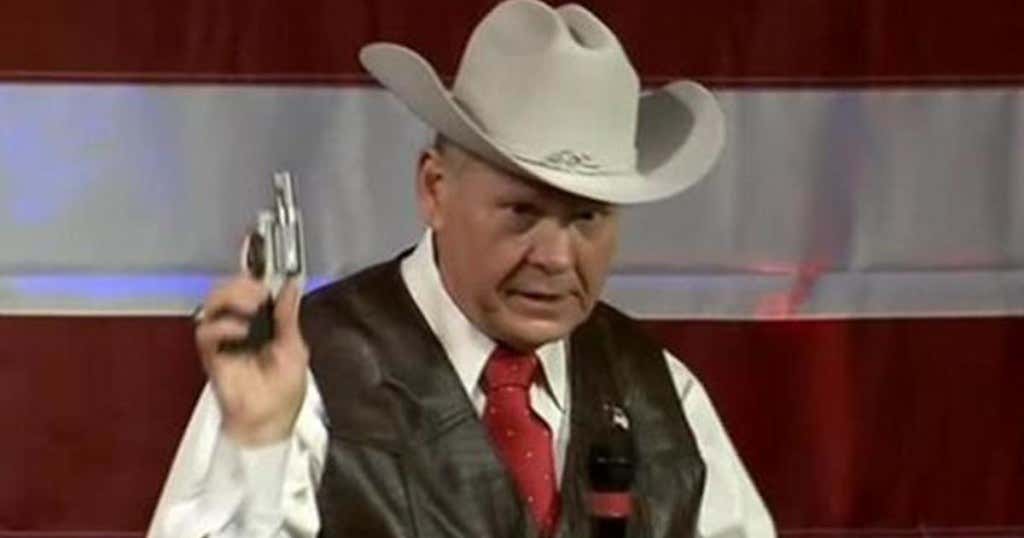 On Tuesday December 12th, Alabama voters will head to the polls for a special election to determine their next United States Senator. Currently serving in the seat is failed D-League power forward Luther Strange, who was appointed to the seat after Jeff Sessions resigned his Senate seat to serve as Donald Trump’s Attorney General. Strange ran to win the seat in his own right, but was defeated in the Republican primary by former Alabama Chief Justice/yearbook aficionado/alleged-but-also-kind-of-admitted-child molester Roy Moore (more on this later).

Over the past few weeks, political pundits across the country — from Logan Circle to Williamsburg, and U Street to the East Village — have weighed in with their opinions on Alabama politics, based mostly on their interpretation of My Cousin Vinny and having watched the Iron Bowl twice. Moore’s opponent in the race, Doug Jones, is a former U.S. Attorney who was picked to run for the seat by a random name generator that the DNC bought for $35 million at Robby Mook’s suggestion.

Coverage of the race has largely focused on allegations that as an Assistant District Attorney in his 30s, Moore continually sought sexual relationships with teenage girls, some as young as 14 years old. These allegations have completely obscured Moore’s campaign platform — namely that San Francisco elementary schools are teaching Sharia law and Manhattan Sweetgreens are performing free abortions on demand — and have been the focus of non-stop media coverage.

It should come as no surprise that the liberal media has attempted to derail Moore’s candidacy based solely on the fact that he was banned from a half-dozen malls for trying to pick up Auntie Anne’s cashiers. While left-wing news outlets have continuously outlined the negatives of having a very-likely-but-for-legal-purposes-possible pedophile in the Senate, few outlets, The Federalist and Breitbart notwithstanding, have examined the positives of having such an individual serving in America’s premier deliberative body.

As sexual harassment scandals plague Congress, few in the liberal echo chamber have considered the possible benefits of electing Moore. With the average age in the Senate hovering around 80, Moore would have little to no interest in pursuing uncouth relationships with any of his colleagues. Additionally, as the Senate Page program was discontinued years ago, the odds that Moore would further contribute to the sexual harassment problem in Congress are even lower.

While many see him as an unabashed partisan who would fully support Trump’s agenda, Moore has real potential to help Ivanka lobby her father to support her proposed child care tax credit. A real hands-on legislator, Moore might even volunteer himself to assist in caring for our nation’s children. It is impossible to discount the value of having a legislator who will constantly have the children of America on his mind.

Among Americans of all political persuasions, Congress has historically held abominable approval ratings. The only things with lower approval ratings than Congress right now are Lena Dunham music videos and the Ben McAdoo/Jerry Reese brain trust. For years, a Congress with few to none accused pedophiles has been hated by the American public, what do we as a country have to lose by re-directing course and trying something new?

It remains to be seen if Moore will find himself as Alabama’s newly elected Senator, or if he will soon be resigned to opening the first branch of Roy Moore’s Toy Store in Birmingham. Regardless of the outcome of the election, it is a sad commentary on the status of partisanship in American political life that just a few dozen allegations of criminal sexual behavior can derail the career of a politician so firmly committed to ending the chokehold homosexuals currently hold over Bravo TV programming.