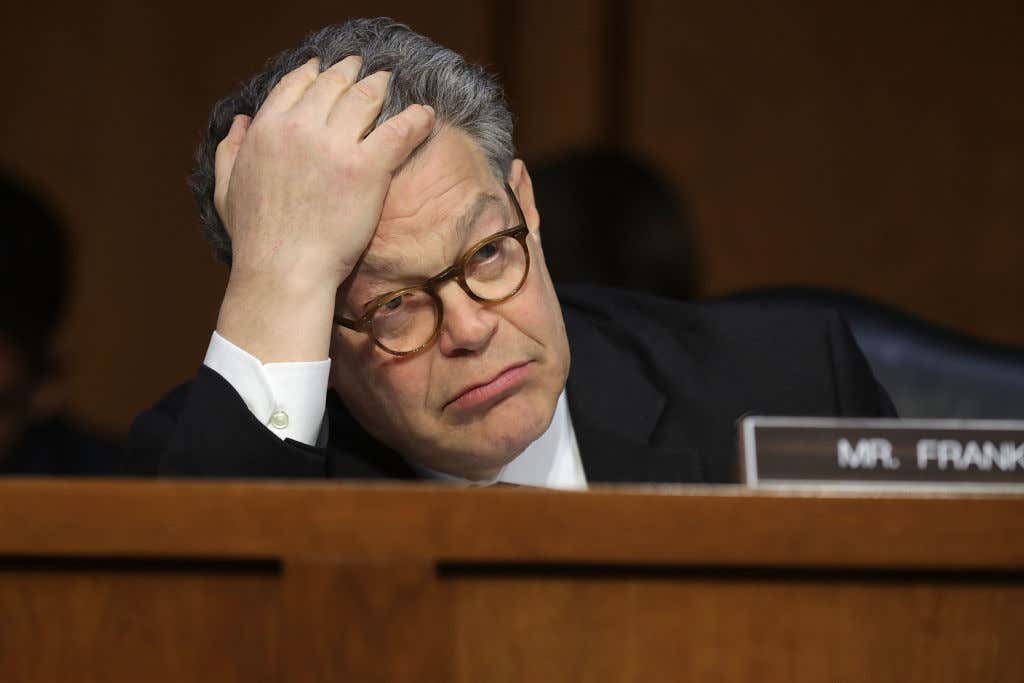 So Al Franken tried to weather this sexual harassment storm and get through it by pushing the old “I need to get back to work for the people of Minnesota” line. It hasn’t worked. Women have accused him of sexual misconduct ranging from forcibly kissing to groping to grabbing butts during photo shoots.

When confronted about these allegations in an interview last week, Franken delivered what I deemed to be real shitty, inexcusable answers.

Following this, several Democratic Senators (including female senators) called for Franken to resign.

He responded with a classic — he announced that tomorrow he will make an announcement.

Look, there absolutely is something to be said for innocent until proven guilty. We need to abide by a careful investigation process to avoid the phenomenon of accusation = instantly and forever guilty. That is not how America works. The accuser should never be attacked and the accused should not immediately be condemned. We need to give these things some time so the proper process can play itself out before someone receives a label of guilt from which they can never return.

Having said that, seven women is a lot of women. Seven incidents are a lot of incidents. It feels like we’ve allowed the aforementioned process to unfold and that process has churned up more and more accusations, shittier and shitter Franken answers, and a strong likelihood of guilt. For the record, the Roy Moore situation has also reached this point (as have some certain others). The RNC shouldn’t be supporting him, neither should the White House.

Both should be ousted, and it sounds like tomorrow Franken will be. But really, who knows? The ole announcement that you’re gonna make an announcement could lead to anything. We shall see.