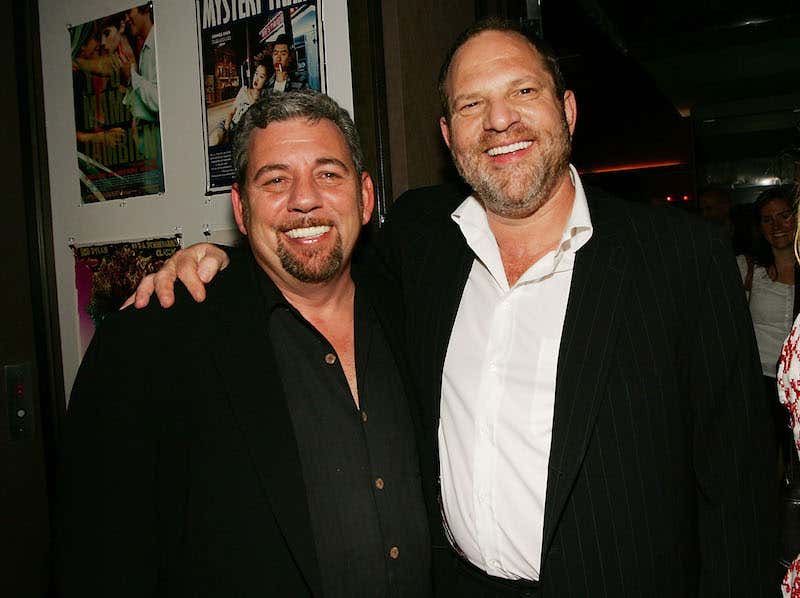 NYDN- New York Knicks owner James Dolan knew that disgraced film producer Harvey Weinstein preyed on women, a new lawsuit charges. Dolan, who was a director of the Weinstein Company from mid-2015 to June 2016, “knew of Weinstein’s pattern and practice of predatory sexual conduct toward women from his personal relationship with Weinstein and his position as a director of TWC,” according to the Manhattan Federal Court lawsuit, which was filed Wednesday.

The lawsuit naming Dolan as a defendant was filed by six women: Louisette Geiss, Katherine Kendall, Zoe Brock, Sarah Ann Thomas, Melissa Sagemiller and Nannette Klatt. They also claim Weinstein’s former production company was “complicit” in this behavior and subsequent cover-ups. Lawyers for Dolan could not immediately be reached.

I’ll be the first to admit that we here at Barstool enjoy twisting the knife into James Dolan sometimes just because he is suchhhhhh an unlikable person. The fighting with the fans, accusing people that criticize him of being alcoholics, and just being an overall smug asshole that was born on third base yet acts like he hit a triple. Shit like that, along with being the worst owner in sports, is the base of the Fire Dolan revolution.

But this latest charge makes all that other stuff look like child’s play. I’ll admit that we have seen a lot of proof that Harvey Weinstein’s alleged behavior was by no means a secret. The stories of different celebrities potentially allowing this shit to go on as well as the jokes that were made about it say as much. But it still doesn’t make all the people that allowed that kind of stuff to go on okay. If James Dolan, or anyone else for that matter, knew of this shit and willingly turned a blind eye to it, it should be dealt with. In the courts and in their field of business. There is no place for that shit. And if these charges turn out to be true, the Fire Dolan campaign should go from a tongue-in-cheek phrase made to voice our frustrations and sell some merch to an actual rallying cry that Adam Silver and the other 29 NBA owners should hear every time they are on the street.