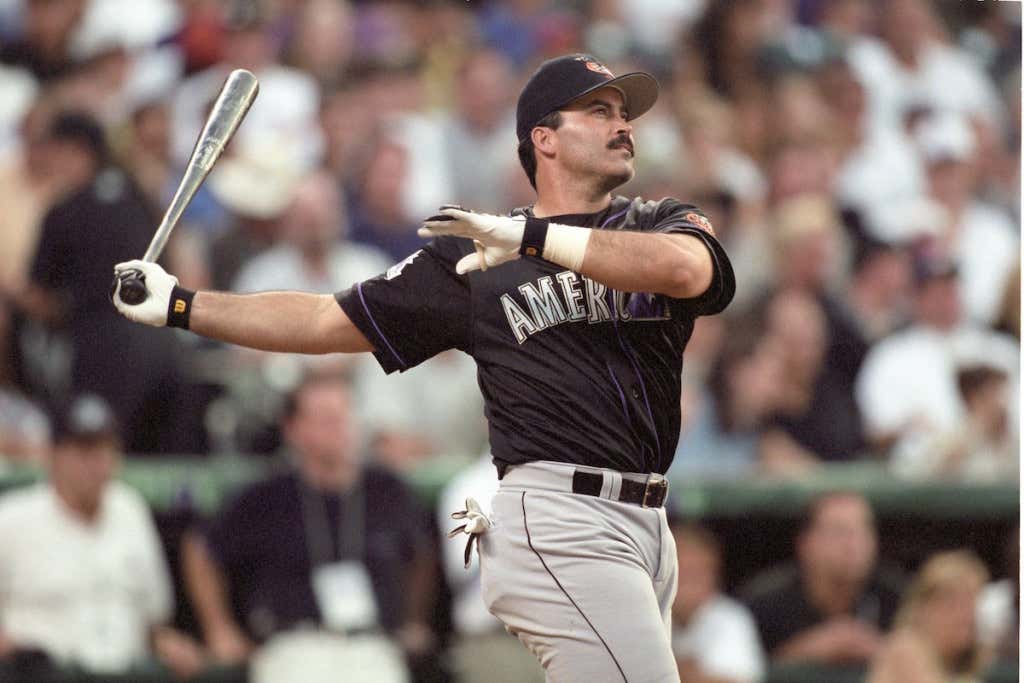 It’s one of the most mocked lines ever spoken by a baseball player.

Let me make this perfectly clear — I don’t give a fuck who used steroids during the Steroid Era. I’m a baseball fan. I love baseball. The game thrived when steroids were running rampant in the sport, so that’s really all I care about. I do subscribe to the “everybody was doing it” line of thinking. I think if you weren’t doing steroids during that period then you were an idiot, because look at all the money, fame and admiration that the steroid guys achieved, and some guys are still getting into the Hall of Fame anyway with more to follow. During the time when there were no penalties for hopping on the sauce, you were only doing yourself a disservice for playing clean. Golf clap for your integrity.

Anyway, I think we can all acknowledge that the way that all of the steroid guys have been viewed over time is pretty strange. Guys like Barry Bonds have been welcomed back to the game by multiple organizations, as has Mark McGwire, while Sammy Sosa has quite literally been shunned by the Chicago Cubs. That doesn’t make very much sense. The Hall of Fame voters have also taken an interesting approach to who’s in and who’s out when it comes to PED guys. This year is attempt number six for Roger Clemens and Bonds on the Hall of Fame ballot, while Pudge Rodriguez got in on the first ballot last year. That doesn’t add up, either.

Then we have Rafael Palmeiro, who certainly has Hall of Fame credentials, being that he’s one of five players in baseball history to accumulate 500 home runs and 3,000 hits, yet he fell off the ballot after four years, garnering just 4.4% of the vote in 2014. I’m always interested to ask Hall of Fame voters what their thought process is on each ballot. Why Bonds and Clemens, but no Palmeiro? Well, for one, Bonds and Clemens are arguably the best ever at what they did. But 500 home runs and 3,000 hits used to be automatic Hall of Fame milestones, and being one of five players to ever achieve BOTH puts you in a very elite class of hitters.

I’m sure it eats Palmeiro alive that he fell off the ballot so quickly with a resume that would’ve been a slam dunk for Cooperstown without a positive PED test. Maybe that’s the difference between Palmeiro and Bonds and Clemens — Bonds and Clemens never failed a test. But did they really need to? How many books, articles and reports linking them to PED use need to be published before they’re on the same playing field as guys like Palmeiro and Manny Ramirez, a couple of should-be Hall of Famers who were just dumb and got caught? Taking steroids is taking steroids. You shouldn’t be rewarded simply for being better at covering your tracks.

Perhaps becoming a black sheep in the world of Major League Baseball has prompted Palmeiro to think these crazy thoughts that Ken Rosenthal reported today.

For years, Rafael Palmeiro has joked with his grown sons, Patrick and Preston, both of whom play baseball professionally: “I’ll make a comeback. I’ll beat you to the big leagues.” Only now, Palmeiro isn’t necessarily joking, even though he is 53 and last wore a major league uniform in 2005.

As crazy as it sounds, Palmeiro is thinking about trying to return to the majors. Part of his motivation stems from his belief that he can still help a club. Part of it stems from the way his career ended in disgrace, with teams shunning him after he was suspended in August 2005 for testing positive for a performance-enhancing drug. “There’s no doubt in my mind I can do it,” says Palmeiro, who ended his career as one of four players to reach both 500 home runs and 3,000 hits. “I’ve taken care of myself really well. I’ve been working out for years. Everything feels better than when I played.”

The odds clearly are against Palmeiro, who is four years older than Julio Franco was in 2007 when he became the oldest position player to appear regularly in the majors. Palmeiro understands that teams might not be interested in a 53-year-old who insists he can still play first base and not simply serve as a DH. Even his younger son, 22-year-old Preston, calls his father’s quest, “a long shot, probably the longest shot of all time.”

Palmeiro, though, does not sound willing to take any sort of indirect path to the majors. Asked if he would go to the minor leagues as a precursor to a call-up, he responds, “If I go to spring training with a legitimate chance to make the team, I won’t have to go to the minors.”

I mean, I admire the confidence. I really do. And while I think there’s a zero percent chance that he’ll play in the majors again, I’d applaud him if he actually tried. Obviously he loves the game of baseball, and anybody who loves the game of baseball is all right in my book. If, at the age of 53, you’re attempting a comeback to redeem yourself and exorcise your demons, then hell yeah I respect that.

I don’t think it’s for money or attention. I honestly just think that this guy has been so haunted over the last dozen years because of the way that his career ended that he feels compelled and motivated to rewrite the ending to his story. I think we can all at least appreciate that. That being said, he’s delusional if he thinks he can actually pull this off. But again, I’d respect the hell out of an actual attempt.