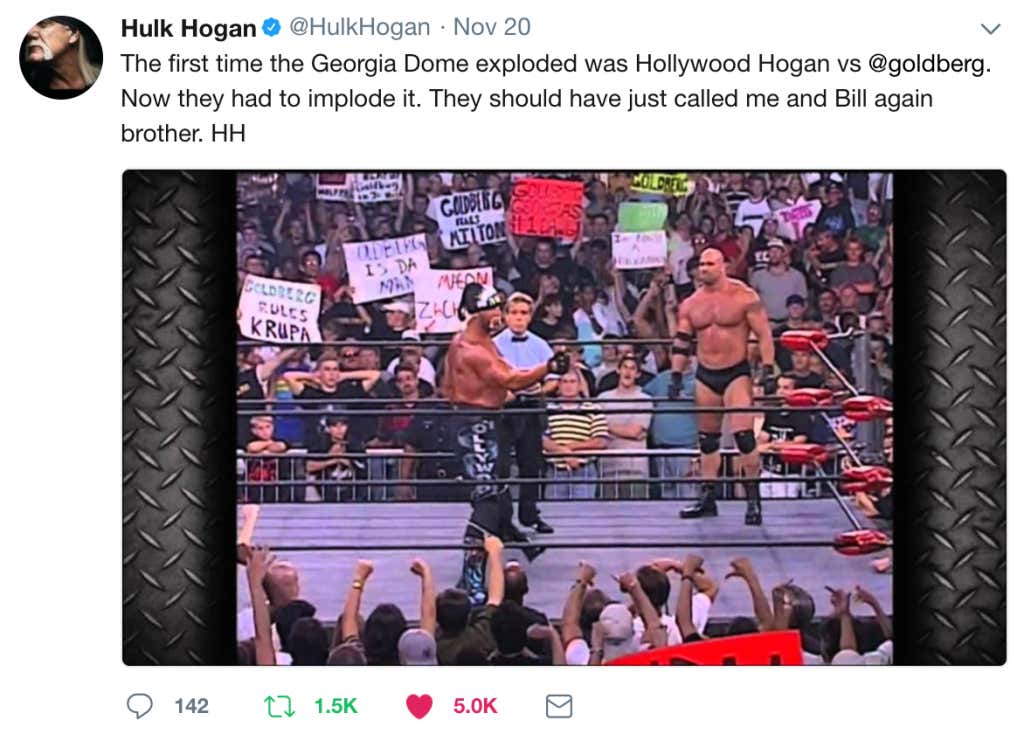 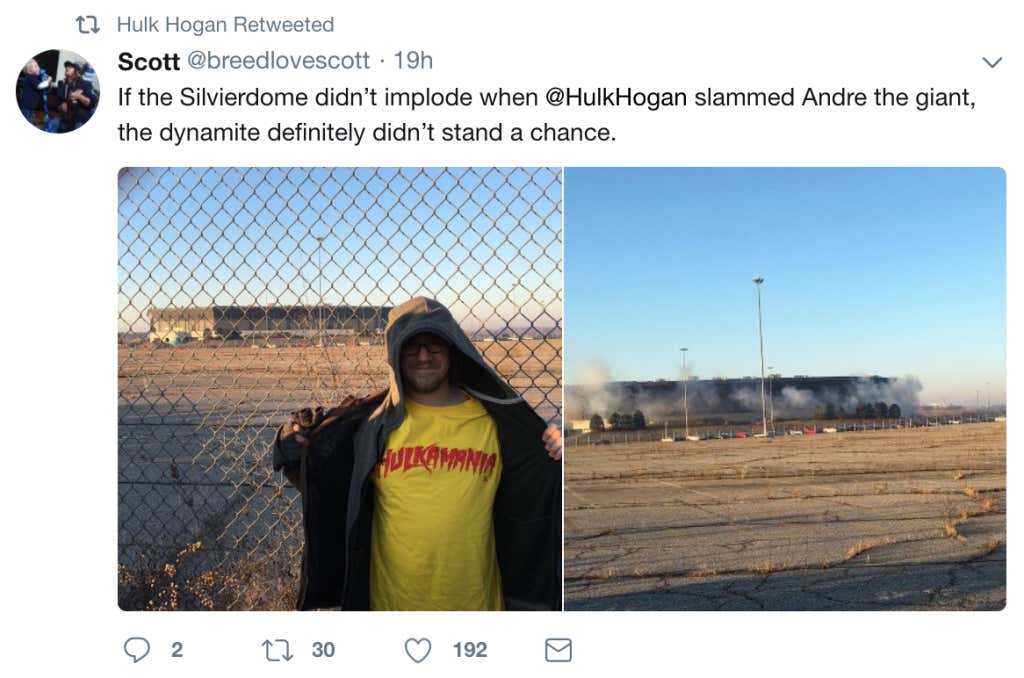 The Hulkster has had a hunger for weeks now, and nobody’s letting him eat. Hulk Hogan is DYING to demolish a stadium. He’s asking, begging, PLEADING on Twitter. Rallying the troops and RTing them. He’s torn many a houses down before, but he just wants one more.

Somebody needs to rig up a big stadium implosion, maybe the Pontiac Silverdome since it’s still standing, and make the “DEMOLISH” button gigantic like it’s something out of a Looney Tunes cartoon. Then, let the Hulkster run wild and slam Braun Strowman onto the button (c’mon, you know if he was eating his vitamins and saying his prayers he could do it, even at 64) while thousands of Hulkamaniacs watch and cheer him on one more time. It’s the least we could do for the guy. He’s given us a lifetime of memories and all he wants now is to destroy a stadium. I say #DemolitionMania is a go.