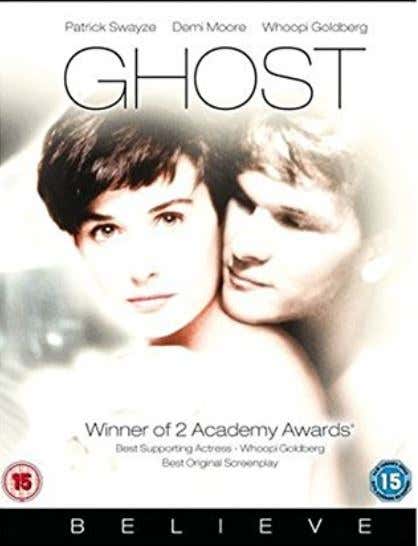 I am 26 and have been dating a woman for a little over six months. We have always had a great connection, and things were simple and easy from the start. However, she did tell me at the beginning of our relationship that she had a traumatic experience that had driven a lot of the people away in the past. Years ago, she lost her boyfriend to cancer. She told me the story – how they were together for years and madly in love. She stuck with him through the whole process. I listened and understood, and recognized that grief has no end date.

I do love her dearly, but things are starting to become more serious and I want to be sure that there is at least the thought of a future as we move forward. She has told me countless times that this relationship means so much to her, and that I am everything she could ask for, but she still refers to her deceased boyfriend as her “boyfriend,” and has told me she considers him to be her soulmate. I told her, and I still mean it, that I want his memory to be a part of our relationship and that I don’t feel like I could ever ask her to forget him. But I can’t help but wonder if I am going to be a silver medal.

I am not a spiritual person, but she is. She believes in signs and the presence of the deceased, and she has said that her “boyfriend” would approve of me and that she is happy for her. Yet she also seems to hold him in such high regard that it’s impossible to compete. Also, they were together when they were teens, and I think she fails to realize that she was too young to know for sure that their relationship would have been for life. She thinks that it would have been a lifetime relationship, and I think that causes a lot of hesitation on my end.
I am asking if there is a chance of me being more than a second-place prize, but honestly, any new perspective would help.

It’s great that you guys get a along so well, and it means a lot that she’s believes that this relationship would please her late boyfriend. I assume that means that she’d like to make it work. There’s a lot of good stuff here.

That said, the good stuff won’t grow if you always feel like there’s a third person in the room. It’s reasonable to tell her that as much as you’d like this person’s memory to live on, you’d also like to be her boyfriend. Her only boyfriend. Is she willing to let that happen? How does she intend to grow her life while honoring her past?

Readers? Does this relationship have a future? What should he be asking of her right now?

Umm we talking about dead guys? Not ex boyfriends who can still fuck. Not sexting. Not cheating on you. We talking about guys who died from cancer. Who cares if the dead guy was her soulmate or not? He’s dead. He’s out of the picture. He couldn’t be more dead if he was dead. I’d rather be dealing with a dead guy as my competition than an alive guy any day of the week and twice on Sunday. Dead guys don’t fuck. Dead guys don’t send dick picks. Dead guys don’t teach spin classes.  Dead guys stay dead. If you can’t beat out a dead guy you need to look your self in the mirror and be better. Worry about the alive guys. That’s my advice for you.