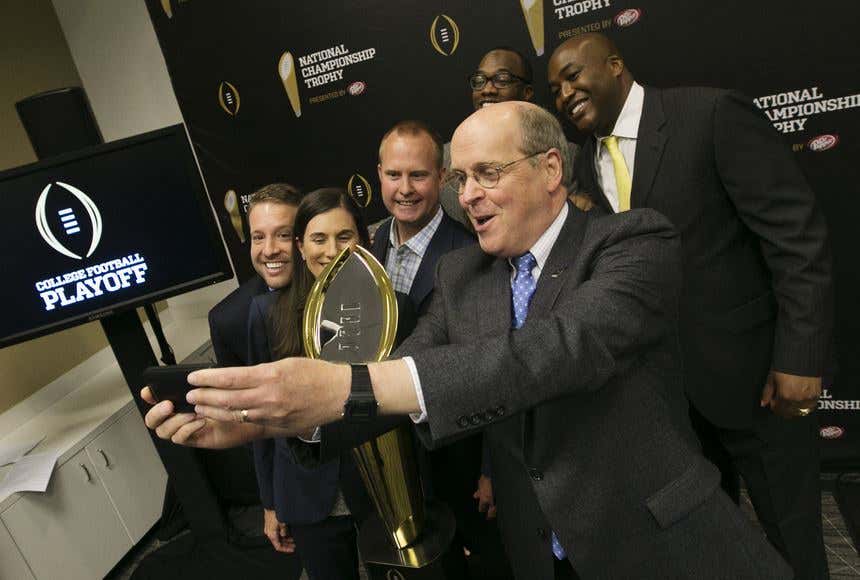 First things first. I think Alabama is better than Ohio State. But guess what? That doesn’t mean shit. People thought Alabama was better than Clemson last year and Clemson beat them. People thought USC was unbeatable the year Vince Young and Texas beat them.  People thought Miami would steam roll Maurice Claurett and Ohio State.  Upsets happen. That’s the beauty of sports. So it really doesn’t matter whether somebody thinks team A is better than Team B. It doesn’t matter whether somebody thinks the SEC is better than the Big 10 or Pac 12. Nobody really knows for sure until teams play each other. The bottomline is if you win your conference you should get an automatic bid to the playoffs. That’s it. It’s clean. It’s simple. That’s how it should work. That’s why until the playoff is 8 teams it will continue to be a wildly imperfect system. Because even if the committee picked Ohio than USC would have been left out. The winners of these 5 conferences should be guaranteed a bid to the playoffs and then 3 wildcards.

Until then college football is more about perception than reality. Football isn’t figure skating or gymnastics. As long as people sit around in a room and debate who is better instead of figuring it out on the field shit like this will always happen. Hopefully this will get us 1 step closer to the 8 team playoff that fixes all of this.