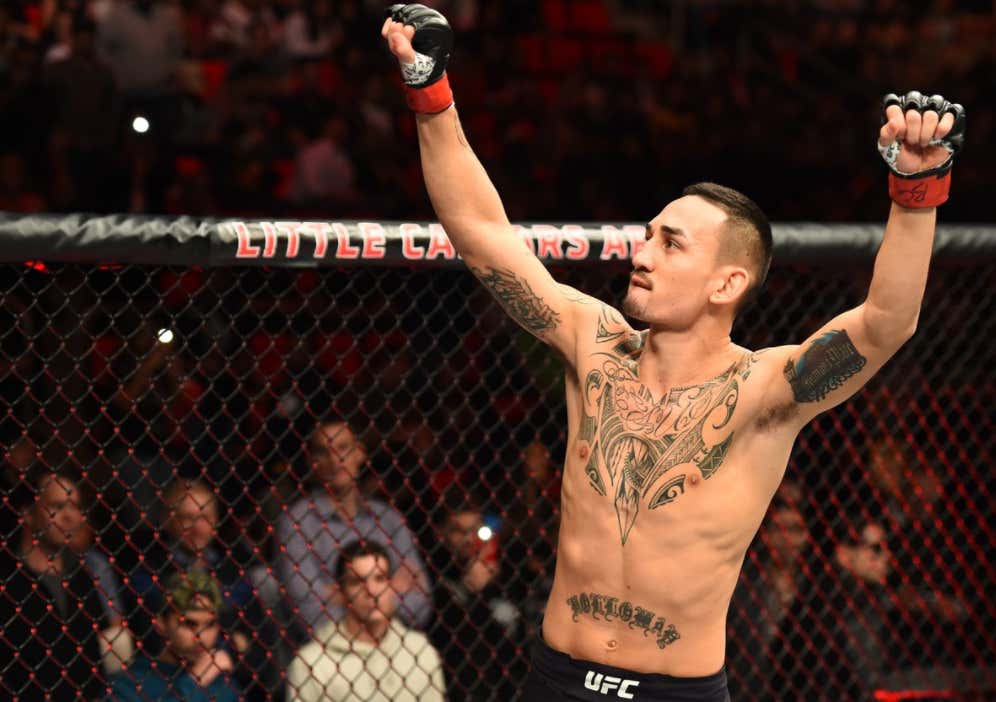 …and STILL! Max Holloway just finished the consensus GOAT Featherweight Jose Aldo in the third round for the second time in six months, making a real claim for personal GOAT status. He says he’s still got a ways to go, but tonight marked his 12th win in a row and after this fight he looked as unbeatable as someone could look in this wild sport. Aldo was hitting him with HAYMAKERS the whole fight, none of which had even the slightest effect on him. He was running through the storm, landing shots of his own with perfect angles, and talking shit the whole three rounds. After the first round was over, he literally walked over to Joe Rogan at the commentary booth and told him Aldo was done, that he was tired. That is COOOOCCCCCKKKKKYYYYYY.

I love Conor McGregor, I do, but honestly, if he moved back down to 145lbs (which he would never and will never do, I promise you) for a Holloway rematch, I don’t know if he fares too well. Max took him to the distance years ago and is a night-and-day improved fighter since. After brutalizing Aldo, Max brought his son in the octagon to dab all over everyone. The kid couldn’t get enough, was married to the dab game all night.

I think now’s the time for Aldo to retire as well. I don’t think he will, because he seems like an idiot who has too much pride and is too concerned with his legacy NOT being the guy who Conor McGregor knocked out in 13 seconds, but unfortunately to the mainstream it’ll always be that, and both losses to Max Holloway were much worse on him than that. He can barely make 145lbs now, and his face looked like ground beef when he left the cage tonight. Ain’t nobody need that.

Earlier in the night, we had the Francis Ngannou KO which I just blogged about, click here if you missed that (or watch it below) and a fantastic brawl between Eddie Alvarez and Justin Gaethje which ended in a furious knee to the cranium KO.

It’s beautiful cards like this that remind us how off his rocker Ariel Helwani was when he said the word “violence” shouldn’t be associated with this sport. Everything that went down in the octagon tonight was violent as fuck, and the athletes that left it all in the cage would agree.