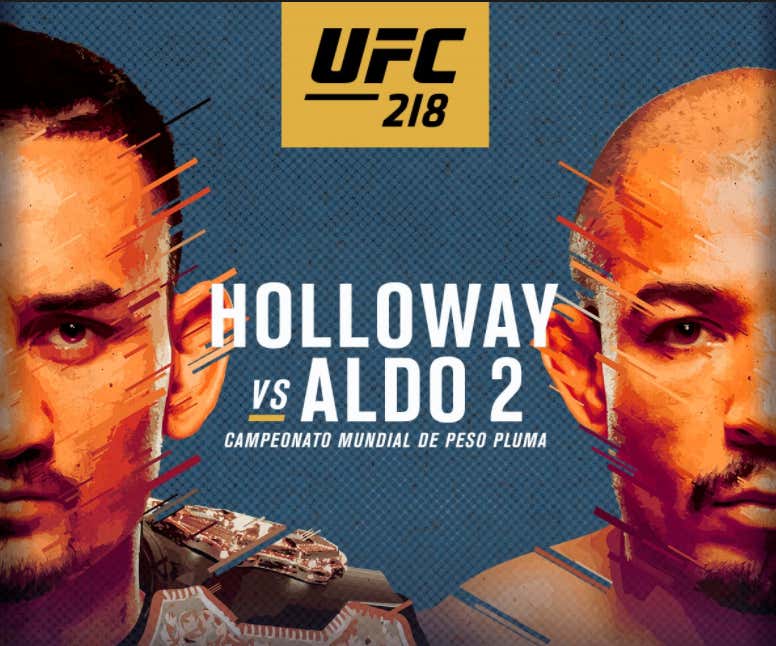 Tonight, at UFC 218 in Detroit, Michigan, we’re gonna find out what the two greatest featherweights in all of mixed martial arts would do if they had one shot, or one opportunity to seize everything they ever wanted. One moment. Who will capture it…and who will just let it slip? 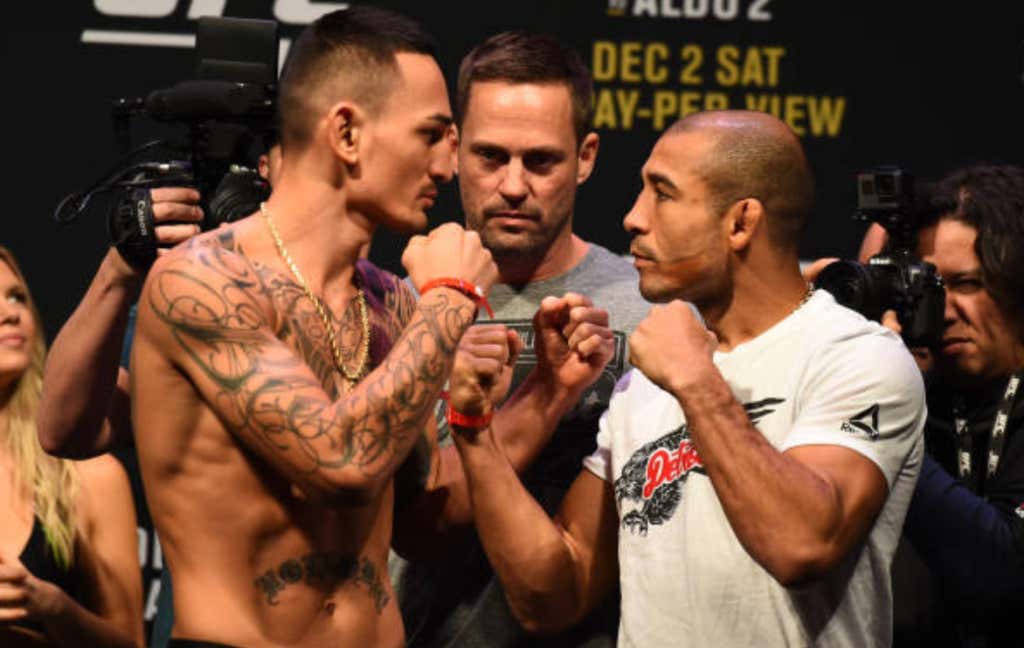 Jose Aldo, the most accomplished featherweight of all time, will look to avenge his last loss against Max Holloway just six months ago. It was a great fight, but ultimately Max’s forward pressure and perfectly timed strikes were too much for the Brazilian to handle. Holloway had essentially solved the puzzle that is Jose Aldo, probably before the two ever got into the cage on June 3rd. Not to say the sport has moved past Aldo or anything, because he shut down Frankie Edgar without too much trouble at UFC 200 before that fight (and arguably won the first two rounds before Max turned it on), but Aldo does have a very specific style of fighting that hasn’t evolved much in recent years. Once figured out, it’s tough to become unpredictable. Tonight, he’ll try to change that and make sure he doesn’t only go down as the man who Conor McGregor knocked out in 13 seconds. Tonight, he’ll try to cement his legacy as one of the greatest to ever do it.

I don’t think he will, however. It’s only been six months since Max Holloway, who is in my opinion currently an unbeatable featherweight, TKO’d Jose in the third round of their title unification fight. Six months is NOT enough time to adapt to the level at which I think Aldo has to adapt. Personally, I think this fight is going to go the exact same way the first one did, except maybe this time it won’t last three rounds. Maybe this time, Holloway will step on the gas earlier in the fight. I just don’t believe Aldo (who looked horrendous at the weigh-ins yesterday) will be able to handle Max’s volume in combinations. 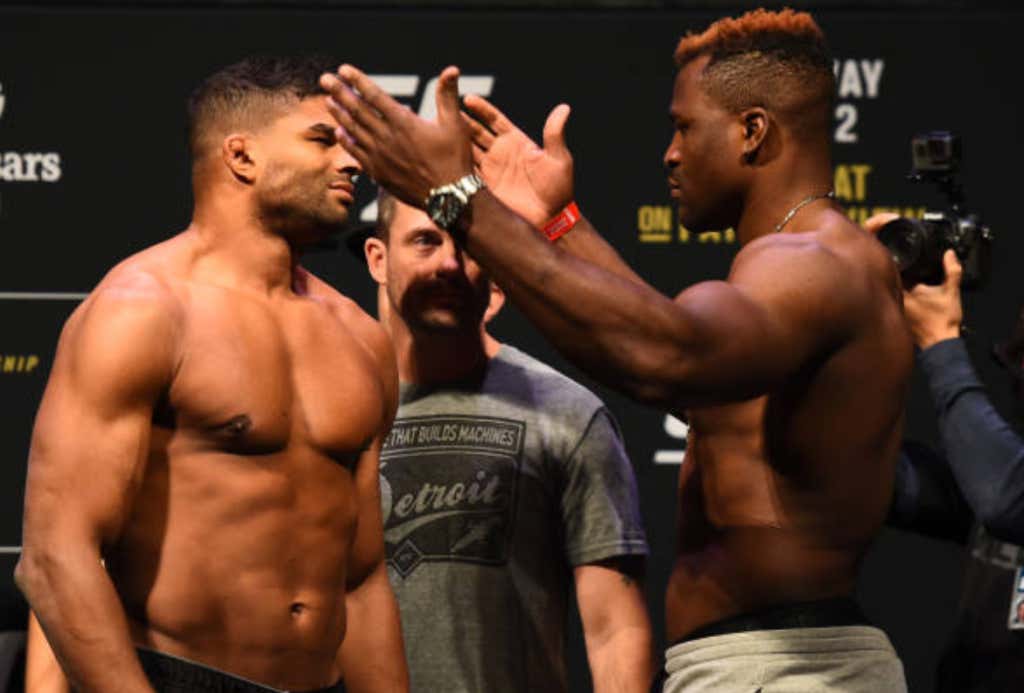 Oh I’m so fucking excited for this one. Francis Ngannou has quickly become one of my favorite fighters in the world because he just can’t stop knocking everyone the fuck out. He’s nothin to fuck wit, and Alistair is in for a ROUGH night, because Francis is gonna make him pay for saying I couldn’t fight.

With a win here, Francis will most likely get the next shot at my pal Stipe Miocic’s Heavyweight Championship. 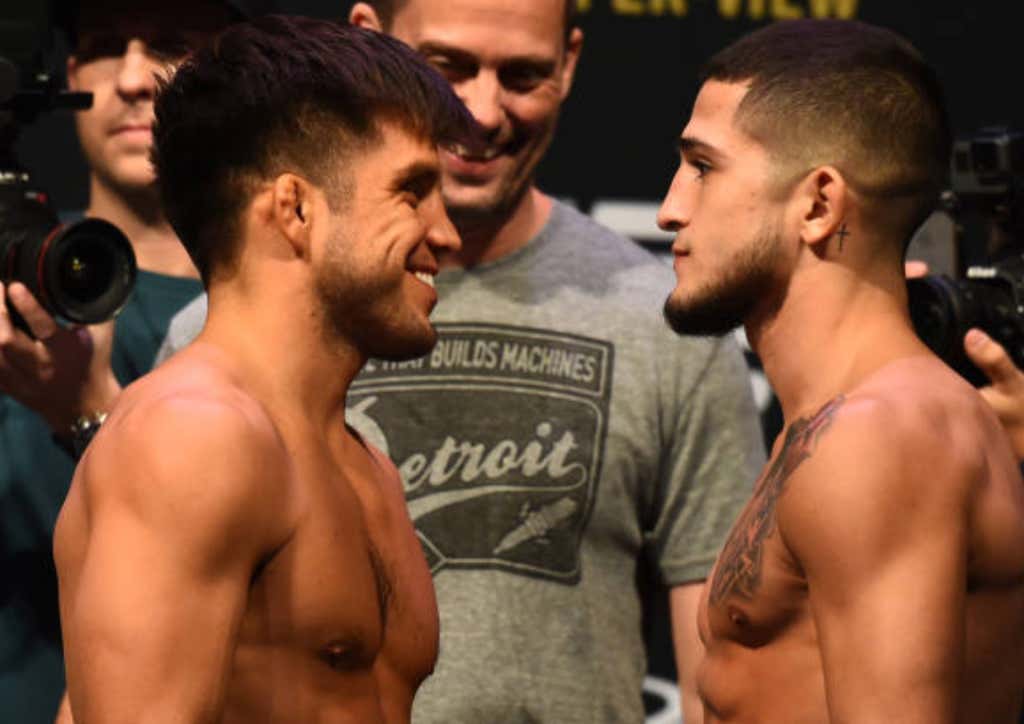 I really hope I’m wrong about this fight, but I think it’s even more lopsided than the odds suggest. I want it to be a good one, I really do, but I think Cejudo’s going to make quick work of little Sergio. His karate-esque stance that murdered Wilson Reis recently is going to now allow Sergio to get his range and he’ll have to flurry into the pocket allowing Cejudo to choose whether he wants to take him down or land HEAVY shots. I think he’ll go for the takedown though, and finish the fight on the ground.

As for Eddie Alvarez vs Justin Gaethje, I predict absolute violence, total carnage, and blood. Seriously. No idea who’s getting their hand raised, but it won’t be easy getting there. I think Michelle Waterson will pull of an impressive upset over Tecia Torres to kick the night off.

Friendly reminder that these picks are not what I’m telling you to bet on, they’re just my predictions. You can bet them if you want, but they’re not gambling picks. Just predictions. I’m no analyst. My overall fight record on the year is 80-57-3, and my event record is 15-6-4. Do with that what you want.