The Modern Express reports that a 28-year-old man surnamed Cai, was fined 1,000 yuan (£112; $151) in the eastern city of Lianyungang, Jiangsu province. He was captured on camera on 27 September with a can of white paint painting new arrows onto the road to redirect traffic, and told police it was the result of frustrations over the long delays on his daily bus journey to work.

Traffic police told Modern Express that they thought Mr Cai’s behaviour was “very dangerous” and could have resulted in a collision. They have since deployed workers to repaint the road. 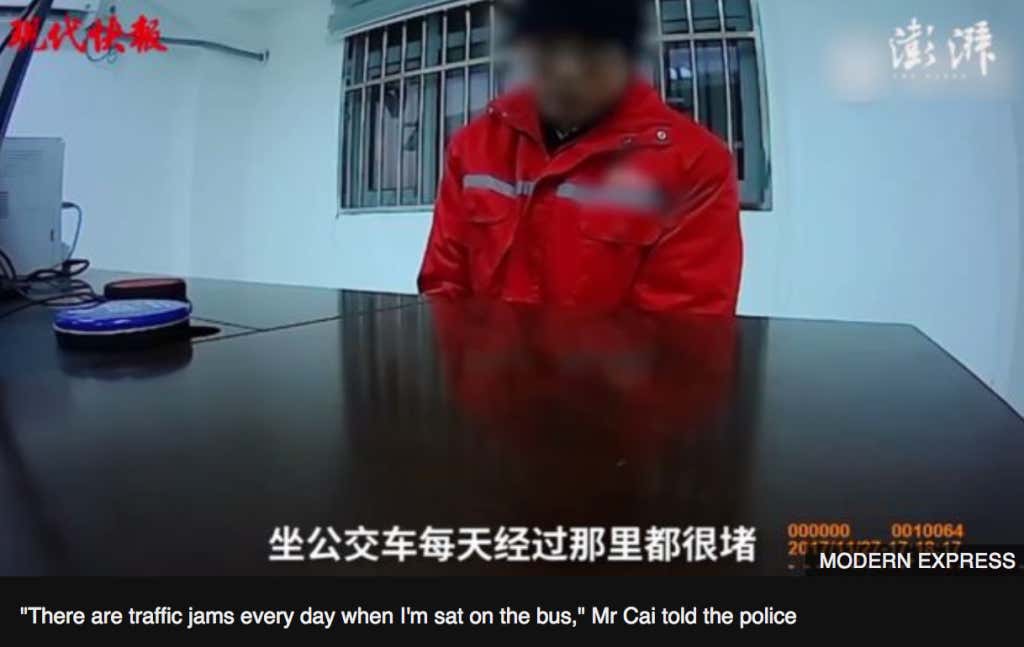 I love this guy. Dude was just so fed up with his commute to and from work that he flat out changed traffic. We’ve all been there, confused beyond belief why we can’t make a left here or have multiple lanes going one direction. Traffic is one of the main reasons of what drives me nuts each and every day. This fucking guy had it up to here. So what did he do? Complain to the city and try to get some different signals added? No, that would take too much time and effort. No, my guy Cai went out, got some spray paint, and got down on his hands and knees in the middle of the day, flat out changing the traffic signals.

“I thought changing the signs would make my commute smoother.”

It’s hilarious how unbelievably dangerous this was. Whoever designed traffic was the smartest person on the planet. To make everything relatively flow and work like that is just a whole different level of genius. Cai, however, won’t stand for it. He had to make a stand. His ONLY flaw to his master plan? His execution. You can’t be doing this during broad daylight. Along with traffic cams all over the place because it’s China, I mean some cop is gonna notice you in the middle of the day out in the middle of an intersection changing traffic patterns. Somehow he only got a $150 fine from this? Causing legitimate danger to everyone driving in this intersection and you only get a slap on the wrist fine? Liangelo Ball was looking at 10 years for stealing some shit from a store and this guy gets a fine? I give up.

Also what the hell are those boxes for? Before Cai drew those left turning signals on, what the hell were they for? Do you just wait in those? China traffic, expectedly so, makes zero sense.