If you are a wise person and follow me on Twitter, you’d know I was not able to watch the Washington Redskins Thursday night debacle last night. It was the first Skins game I’ve missed in some years. But why did I miss it? Because I was at the Children’s Hospital of Philadelphia charity poker tournament and fundraiser, rubbing elbows and sipping Cab Sav with my fellow philanthropists. Just networking with the top execs in NYC, connecting with like-minded people who have common interests and goals, and catching up with some of my old hedge fund friends who I haven’t seen since we played tennis in Prague last Summer. Good times.

But most importantly, I think I’ve begun laying the groundwork to buy the Washington Redskins. You can only introduce yourself to so many hedge fund managers and business owners as “a blogger” until you manage a hedge fund yourself. Plus you can’t spell fund without FUN, so how hard can it be? And uhhhh, Earth to Matilda, maybe you’ve heard I’m a Bitcoin owner? The haters laughed at first, but they will be silent when I own a professional football team.

It just so happens at the charity tournament I was seated in the best possible seat to make this happen:

On the right we have 14 time WSOP bracelet winner Phil Hellmuth. He has Elon Musk’s phone number in his phone. Don’t believe me? Oh, he’ll tell you.

(And in the back, we have Phil’s dad, prepared to risk it all.) 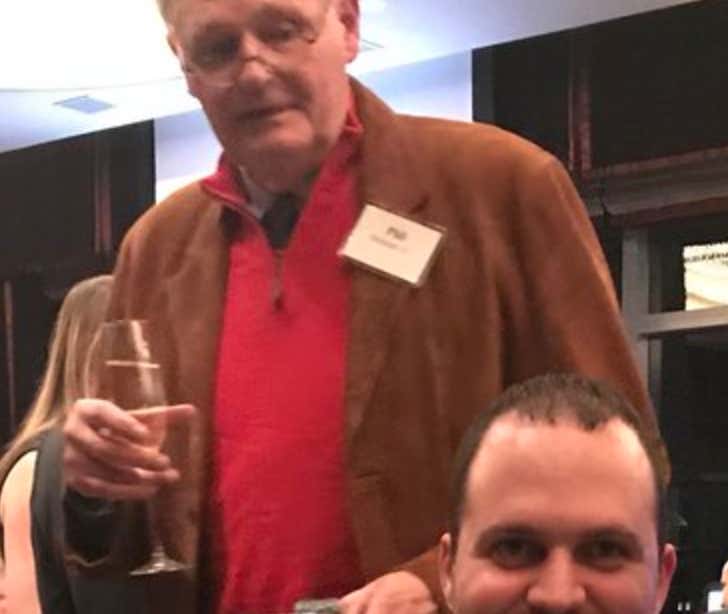 But I digress, it was a great event for a great cause last night that I was lucky enough to attend. And now I’m on the path to buying the Redskins so they never have to embarrass themselves and their fan base like they did last night. I mean I got home from the event and Dak was 11/22 for for 100 yards or whatever and we were losing by 100. Yes, going on the road to play your second straight Thursday night game is weird, playing without any offensive line or wide receivers sucks, but fuck Dan Snyder and fuck Bruce Allen. Kirk’s gonna walk and it’s going to be all their fault. Hopefully I buy the team before it’s too late.