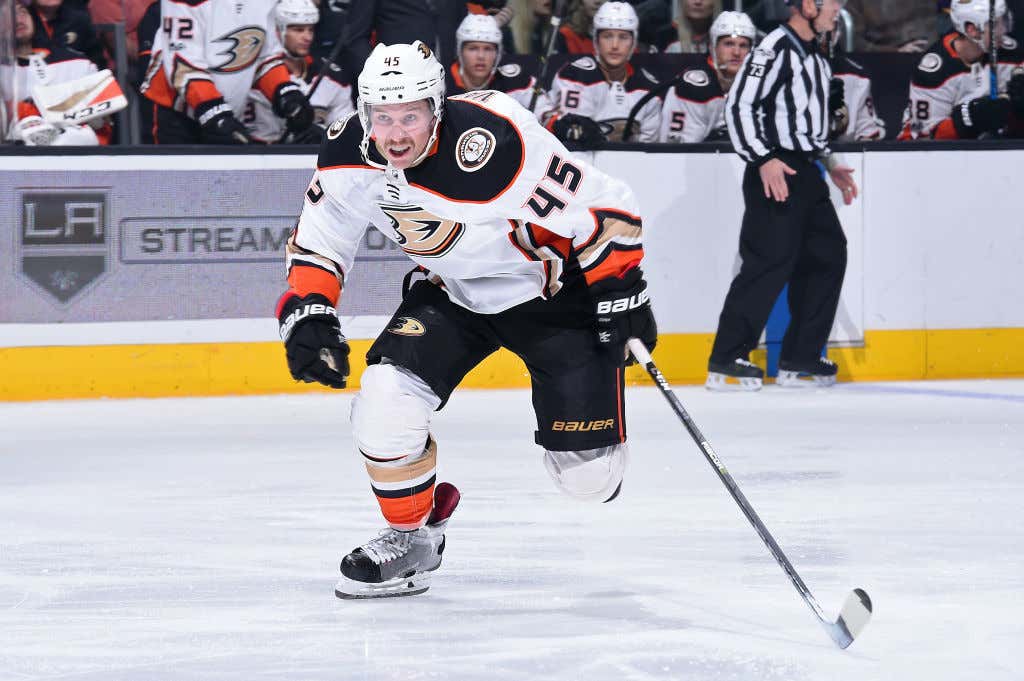 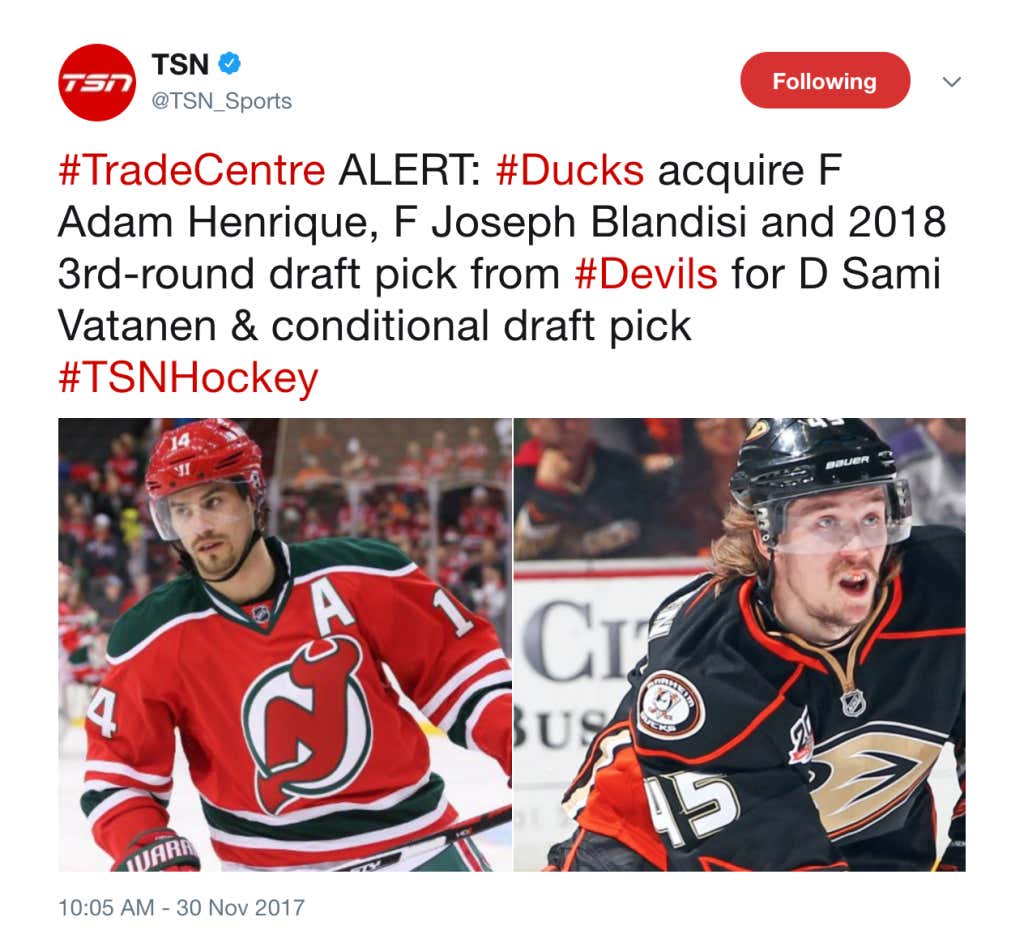 Oh shit. Well that one seemingly came out of nowhere.

The Anaheim Ducks have been dealing with a ton of injury issues so far this year. Getzlaf is on IR. Kesler is on IR. They have enough depth at forwards to make up for that and they’re only 1-point out of a playoff spot right now. But clearly they’d like to bulk up down the middle moving forward. Bringing in a guy like Adam Henrique immediately makes them a better team. And Joseph Blandisi has been back and forth between the NHL and the AHL. He could very easily become one of those players who definitely benefit from a new role with a new team. The Ducks are hurting at forward, needed to bring in a couple of guys who give them options to work with for the rest of the year if guys can’t stay healthy, and they did just that. Unfortunately, they also had to get rid of a great young defenseman in the process.

Now depth on the blueline has never been an issue for the Ducks recently. They have Hamphuis Lindholm, Cam Fowler and up until today they had Sami Vatanen. Those are all 3 great, young defensemen. But when you’re currently going with Derek Grant and Chris Wagner as your top 2 centers, you need to make a move. And the team who was the most interested in bringing in a top-4 defenseman is obviously New Jersey. Outside of Will Butcher, their blueline really doesn’t give them anything to work with after they dealt Adam Larsson. Obviously losing a guy like Adam Henrique is going to be a tough loss. But the Devils can afford to lose skill at forward with guys like Taylor Hall, Nico Hischier, Marcus Johansson, Jesper Bratt and Travis Zajac still in the lineup. This is a team who really needed at least one more solid defenseman to turn them into a legitimate playoff team and they got just that. Now they have all those forwards, Vatanen and Butcher on the back end, and Cory Schneider in net. That lineup right there? That’s what is going to make Ray Shero the GM of the Year.

So yeah. I really wish I had a hot take for this one. But this is for sure a win for both teams. Ducks needed centers and once guys like Getzlaf and Kesler come back, they’re going to be loaded up front. The Devils needed a defenseman and Sami Vatanen is one of the more gifted guys who was apparently on the market. Each team got their guys and as a Flyers fan, I absolutely hate that the Devils are out there making all the right moves.

Sidenote: Vatanen is $4.875M AAV for the next 3 seasons (including this one). So they have until the offseason of 2020 with that contract which should end up looking like a massive steal by the end. Henrique is coming it at $4M AAV for this year and next year. Which, considering that Getzlaf and Perry and Kesler are all getting a little up there in age, might be as wide as their window is. And by the way, Adam Henrique instantly becomes the most likable guy on that Ducks roster. Guy does a ton of great work on and off the ice.