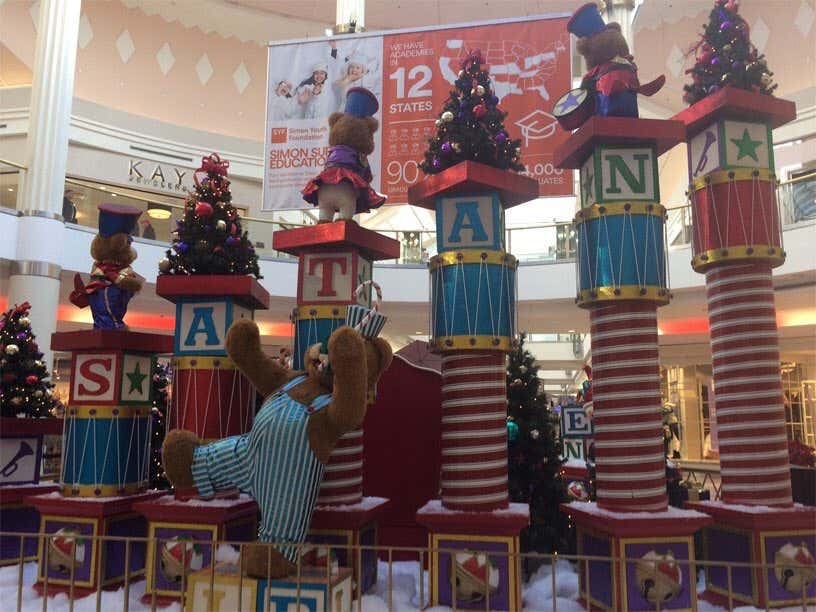 Listen, I love Saugus. I’m not one of those people who says that they can’t wait to leave their hometown in the dust and speaks negatively of the locals after they move on. I’m a Saugus guy ’til I die. I look forward to Townie Drinking Night more than I look forward to my own birthday. It’s a beautiful little town. I mean, you’ve got Kowloon, Hockey Town, Hooters, The Red Roof Inn, The Saugus Ironworks, Saugus Center, Cliftondale, George’s Barbershop (the oldest barbershop in the country), and then you’ve got the Square One Mall.

All that being said, this is a tough look. If you’re gonna misspell “SANTA” at a shopping mall during Christmas time, the absolute last combination of letters that you want to incorrectly throw out there would be S-A-T-A-N. Nothing puts a damper on my holiday cheer quite like Lucifer, the Prince of Darkness. Christmas is a religious holiday, sure, but it’s supposed to be about Santa, elves, reindeer, presents, Christmas music and all that other awesome stuff, not burning in eternal hell fire for the rest of eternity. Just kills the vibes.

UPDATE: The official stance of the Square One Mall is that this is a photoshopped picture. That’s what I would say, too, if I were a satanic mall.