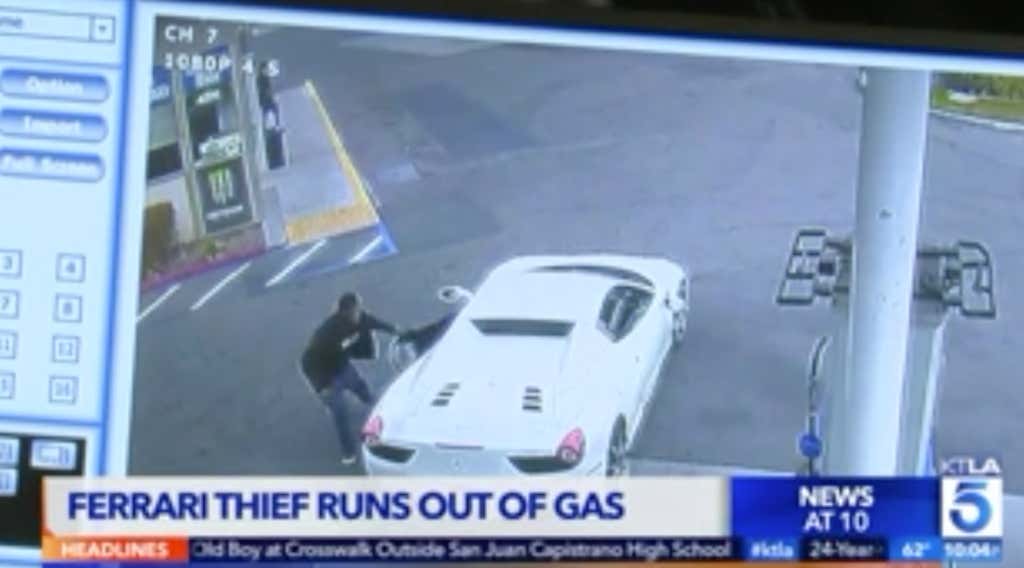 KTLA - A man who allegedly stole a more than $300,000 Ferrari from an Orange County service center was apprehended after asking for money to buy gas at a Mobil Station in Santa Ana, the vehicle’s owner’s boyfriend told KTLA Tuesday night.

According to York, the suspect walked into the service center, found the keys on the Ferrari’s seat and then drove away.

By the time it was discovered at the gas station two weeks later, the car had been trashed. York described the damage, saying the underneath was “ripped to shred,” the paddle shifters had been torn out and the dashboard had also been “chopped.” Inside, the car was dirty and covered in vomit.

Police approached the alleged thief after he was asked for money to purchase the gas for the exotic car, the Los Angeles Times reported. He also didn’t appear to know how to put the gasoline in the vehicle. 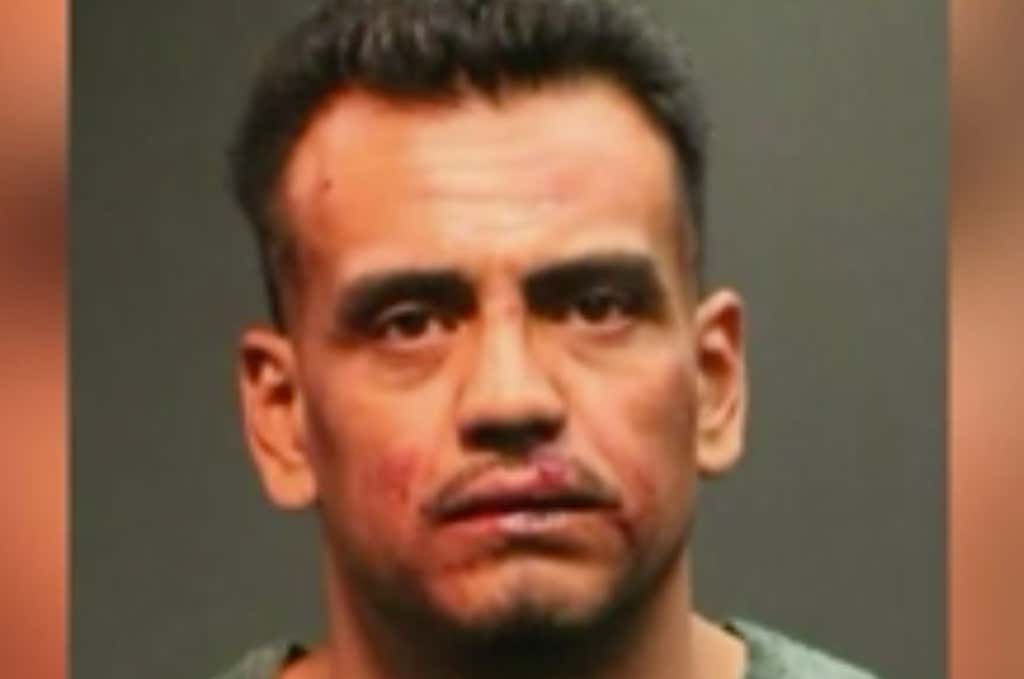 Rather unfortunate break for this guy. Very, very unfortunate. It’s not every day you can walk into a Ferrari dealership and pick yourself a free whip. He just walked on in there all willy nilly, saw the keys sitting in the front seat, and was like “well, I don’t not want to drive this $300,000 car” and drove away. The perfect crime…until he realized he was broke as shit, had no Bitcoin, and couldn’t afford to put gas into his brand new car. You hate to see that. The man was living his dream, doing what the rest of us only wish we could do, but didn’t have 2 pennies in his pocket to keep it going.

I gotta say though, for someone smart enough to know how to drive a $300,000 Ferrari for 2 weeks without getting caught, it is a very dumb person move to start scrounging around the gas station begging for spare change. You have to keep your story consistent. If you’re gonna steal the car, you have to play the part. You have to start living the high roller life. Start slinging meth or running underground strip clubs or living your life a quarter mile at a time. If you are pan handling for gas while driving a mid 6 fig car, you don’t deserve to drive the car, simple as that.