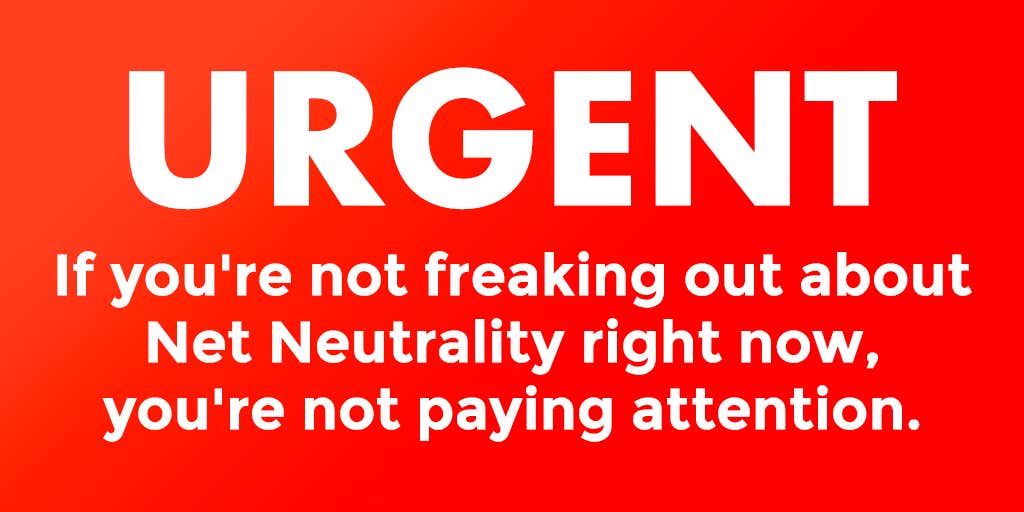 NY Times- The Federal Communications Commission released a plan on Tuesday to dismantle landmark regulations that ensure equal access to the internet, clearing the way for internet service companies to charge users more to see certain content and to curb access to some websites. The proposal, made by the F.C.C. chairman, Ajit Pai, is a sweeping repeal of rules put in place by the Obama administration. The rules prohibit high-speed internet service providers, or I.S.P.s, from stopping or slowing down the delivery of websites. They also prevent the companies from charging customers extra fees for high-quality streaming and other services. The announcement set off a fight over free speech and the control of the internet, pitting telecom titans like AT&T and Verizon against internet giants like Google and Amazon. The internet companies warned that rolling back the rules could make the telecom companies powerful gatekeepers to information and entertainment. The telecom companies say that the existing rules prevent them from offering customers a wider selection of services at higher and lower price points.

I didn’t want to have to use my first ever Must Read bullet on this blog and apologize for cussing in the headline to any youngsters like Sirius Steve that may have been reading. But net neutrality is a pretty important subject. It has been a hot topic for a while now and every so often the term spikes because a new development happens that make it’s death closer to becoming a reality. I was going to blog about it a few months back when every other website I tried to go had a message about stopping net neutrality. But like most important things in my life, I forgot because I started blogging about some other nonsense or got lost in Twitter or something else. I did contact my congressman like all those websites said to do. But I never followed up to any emails or put their ass to the fire because, well, because I am an idiot. But it sounds like we still have a chance to do something here before it’s too late.

Now since I am a common man with a common brain, I admit I didn’t really understand much about net neutrality. Not because I didn’t want to know or care to know. But because that term net neutrality is such an SAT term that my eyes gloss over every time I read it. I yawned just typing it in that sentence. I wasn’t sure how to explain what net neutrality was I remember Mo wrote a blog about it way back when on Barstool Philly and he was always great at explaining confusing things on The Stool. I tried to go back and find the blog since it explained what net neutrality was really well in very simple terms. However, I got this error message.

The fucking Devnest killed Mo’s net neutrality blog! I knew those fucking nerds were double agents for Big Internet! Luckily I did some Googling and found one of the graphics from Mo’s blog explaining what the end of net neutrality could mean for all of us on Pinterest of all places. Strange bedfellows indeed. 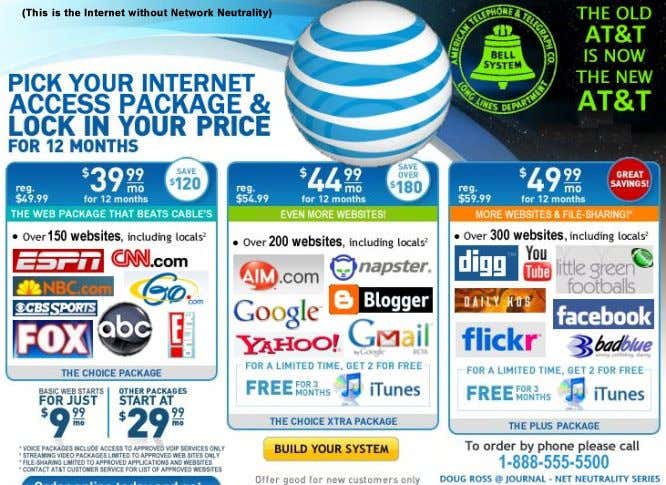 Fuuuuuuuuuuck that shit. All this is about The Man trying to charge us more for internet access and certain websites. I included a short, sweet YouTube video that explains net neutrality in very simple terms voiced by British guy so you feel extra smart after watching it.

In case you are a visual learner or found Barstool thanks to Dave’s pizza reviews, this graphic is for you. 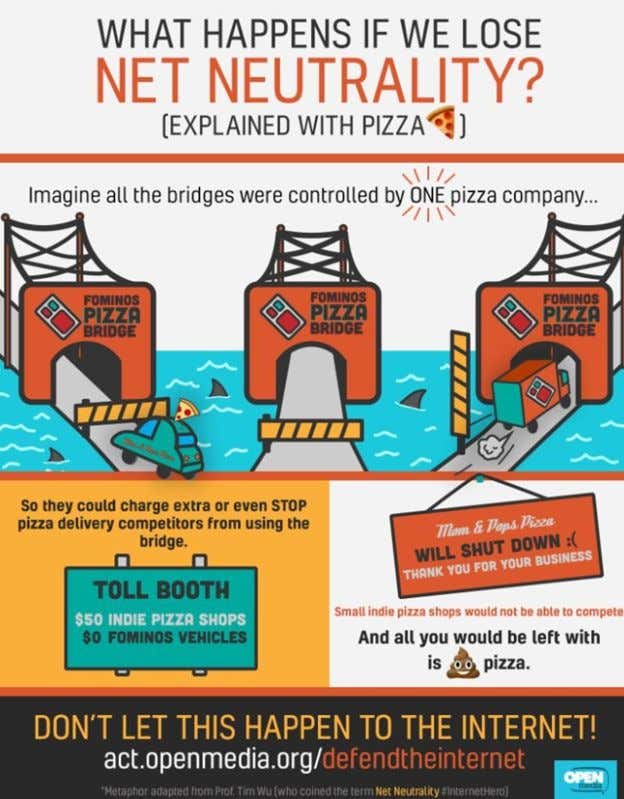 Same thing using traffic terms since it is Thanksgiving Week and all. 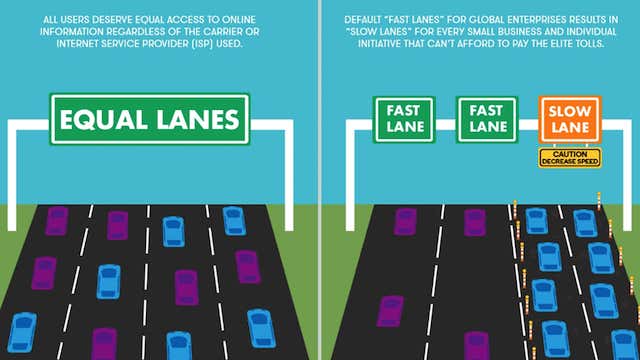 Or if you want to be scared straight.

So cable companies are basically looking to send us back in time to before the internet got this big and make it easy to regulate. Verizon and Comcast are taking on Google and Amazon like it’s DC vs. Marvel. Cable companies pretty much want to bring us back to a time when you had to pay for the Spice channel. I am not going back to looking at squiggly lines just to hope to catch a glimpse of a boob. And if you don’t think that the ISPs are going to charge extra for sports comedy sites aimed for the moon, you are crazy. This is what the cheap sports comedy sites will be offering instead:

The world has definitely stunted on cable companies the last few years. Millennials and hipsters cutting the cord right in their eyeballs with that smug smile on their face. Even my washed up ass is ready to cut the cord once my contract is up. I can find a way to watch everything I watch on TV without actually using my cable box whether it’s streaming an app or website or something else. To be honest, I barely even watch TV anymore. Again, because Twitter has ruined my brain.

But killing net neutrality stops all that. The cable company doesn’t need to worry about you streaming stuff if they limit what or how much you can stream. Then you either pay for TV or pay extra for internet. If the ISP has a beef with a company, they can block their customers from viewing that company’s website. If you ever stay at a hotel or went to college and had a website blocked, imagine that happening but for a service you are actually paying for. This is The Empire Strikes Back with those fucks at the FCC playing the role of Darth Vader. I don’t exactly know what the FCC is, but I know they STINK. They rob us of violence and nudity on TV. They are the only people outside of those old bums in the flyover states that didn’t love the Janet Jackson malfunction wardrobe. And if you think cable companies have your best interests at heart, you have NEVER dealt with a cable company. Seriously, if you are Pro Cable Company, close this blog and unfollow me on Twitter if you by some chance followed me. The fact that this legislation went through right as Thanksgiving Week started lets you know just how dirty they are willing to fight. This is the best week to bury a story since everyone is too preoccupied with traveling and enjoying the beginning of the holidays to care what is going on in the news. And even if you do get caught doing something stupid, you are likely not going to trump Tiger Woods or Plaxico Burress as the person to do the dumbest thing possible around Thanksgiving.

So at the end of this long but important blog, I hope you are asking “Clem, you big beautiful man. I am a Stoolie that would like to weaponize myself for the good of the internet. What can I do to throw a wrench into the plans of these big cable fuckheads?” Well my friend, you probably have seen this red box everywhere today. 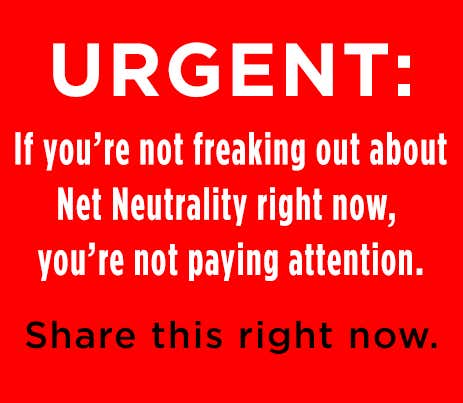 If you don’t want to start paying for which websites you can go to and allowing your internet service provider to block which sites you can/can’t go to, share that picture along with this blog or that YouTube video or just an explanation of what net neutrality is along with a link to BattleForTheNet.com

EVEN MORE IMPORTANTLY THAN THAT, go to BattleForTheNet.com, put your phone number in, and calmly tell whoever they connect you to that you DO NOT WANT net neutrality killed. I know nobody talks on the phone anymore, but this is one of those things that once it changes, we are going to realize just how good we had it and wonder why we didn’t do more to stop it. Maybe going to Barstool will cost you more money. Maybe going to Twitter will cost you more money. Maybe going to your favorite porn site will cost you more money. Maybe all of the above. Do you really want to live in that world? Helllllll no. I’m sure we all have some steam to blow off about something. You might as well do it in your local politicians ear! If the internet could rally and make EA have the most downvoted reddit post in the history of the planet by a cool 650k+, I’m pretty sure we can put aside our differences to take down the people trying to kill net neutrality with Google and Amazon as our super sidekicks.

If Twitter is your favorite way to let people know your thoughts, here is a helpful tweet for the Stoolies.

John Oliver even did a video about Net Neutrality. And while I’m sure some people don’t love him always griping about something new every single week, I think everyone on the internet can get behind this except for the Big Internet Fat Cats (I secretly love calling people Fat Cats maybe because it’s one of the rare times I can call someone else fat).

Oliver even set up GoFCCYourself.com which allows you to add your own personal comments to the FCC’s filing (click Express for a simple form). This is how we unleash the Barstool Comment Section and comment sections around the country on the FCC’s ass.

Writer’s Note: Covering the beat of the Trump vs. LaVar feud has worn me down, so I have no idea if this is blog is readable or good or 100% accurate. But I felt this net neutrality stuff was too important not to blog about and based on the conversations I had with my fellow Barstool bloggers yesterday at HQ, I’m not sure how many of us truly understand how bad it can be for us if net neutrality dies (myself included). So go to battleforthenet.com, put in your phone number, and tell them NOT to kill net neutrality. If you do that and tweet me a picture of your conversation lasting at least 3 minutes, I owe you one big, EXTRA WARM Clem hug. I know it’s not much, but it’s literally the only thing I can offer on some Gift of the Magi shit.

UPDATE: Looks like I stirred the pot even more than I thought this morning. I have FCC advisors following me now

And I’m getting numbers straight from Agent Smith in The Matrix. 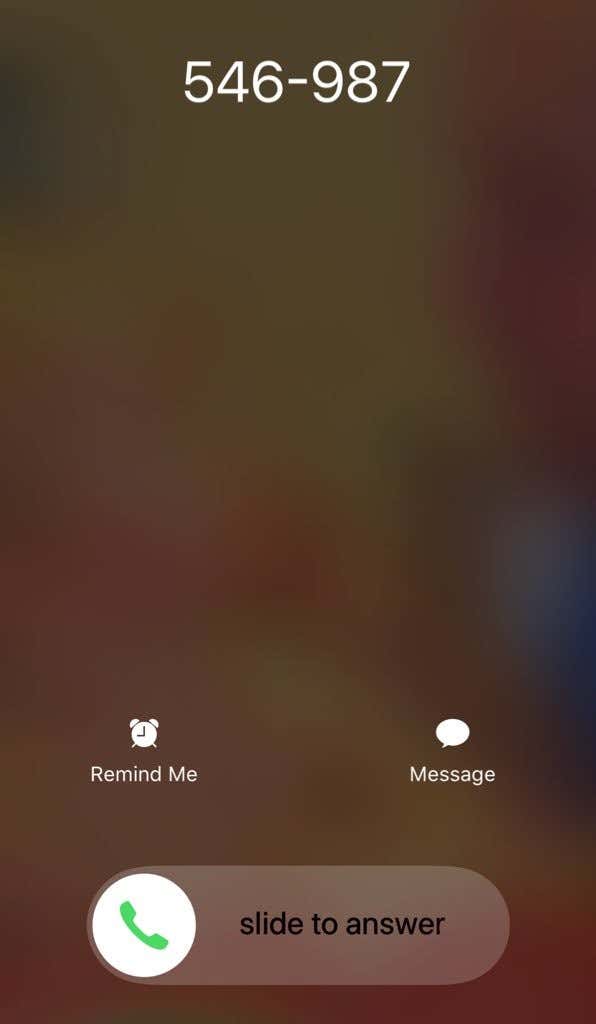 All that’s missing is an old van with a fake plumbing company sitting outside my house 24/7. 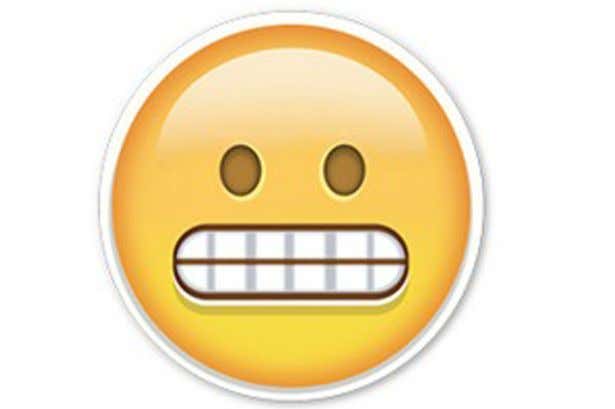