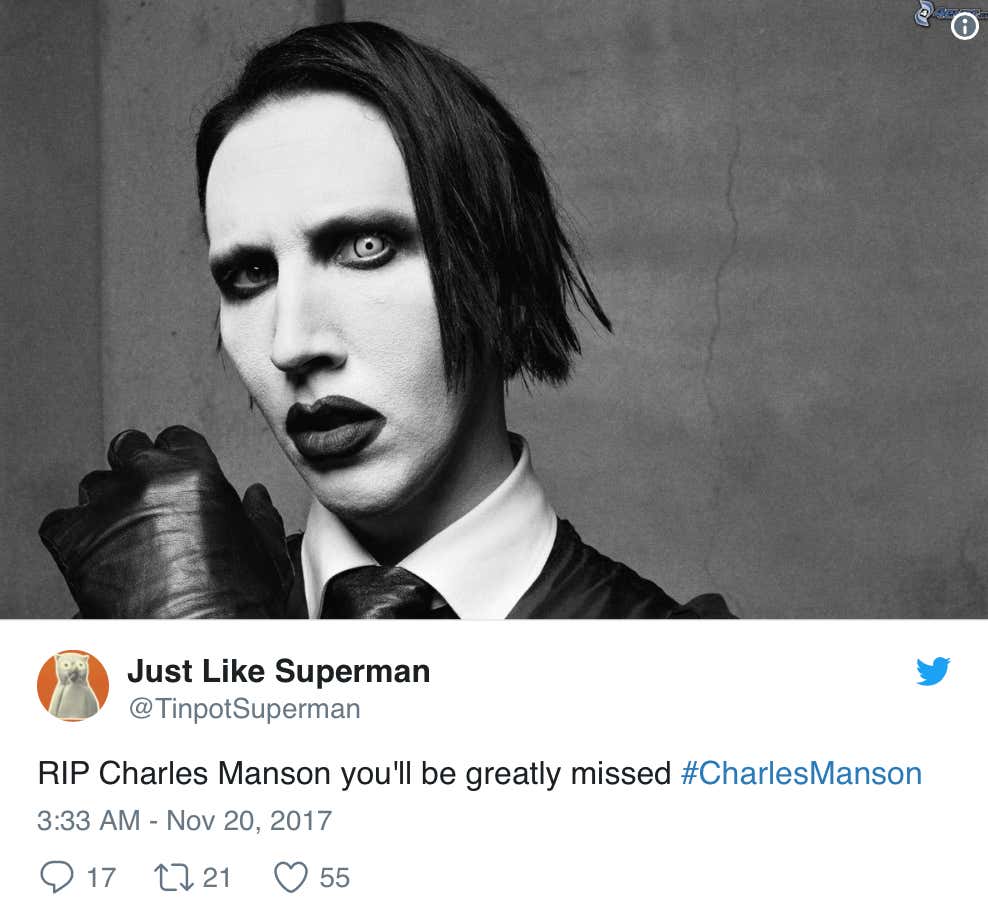 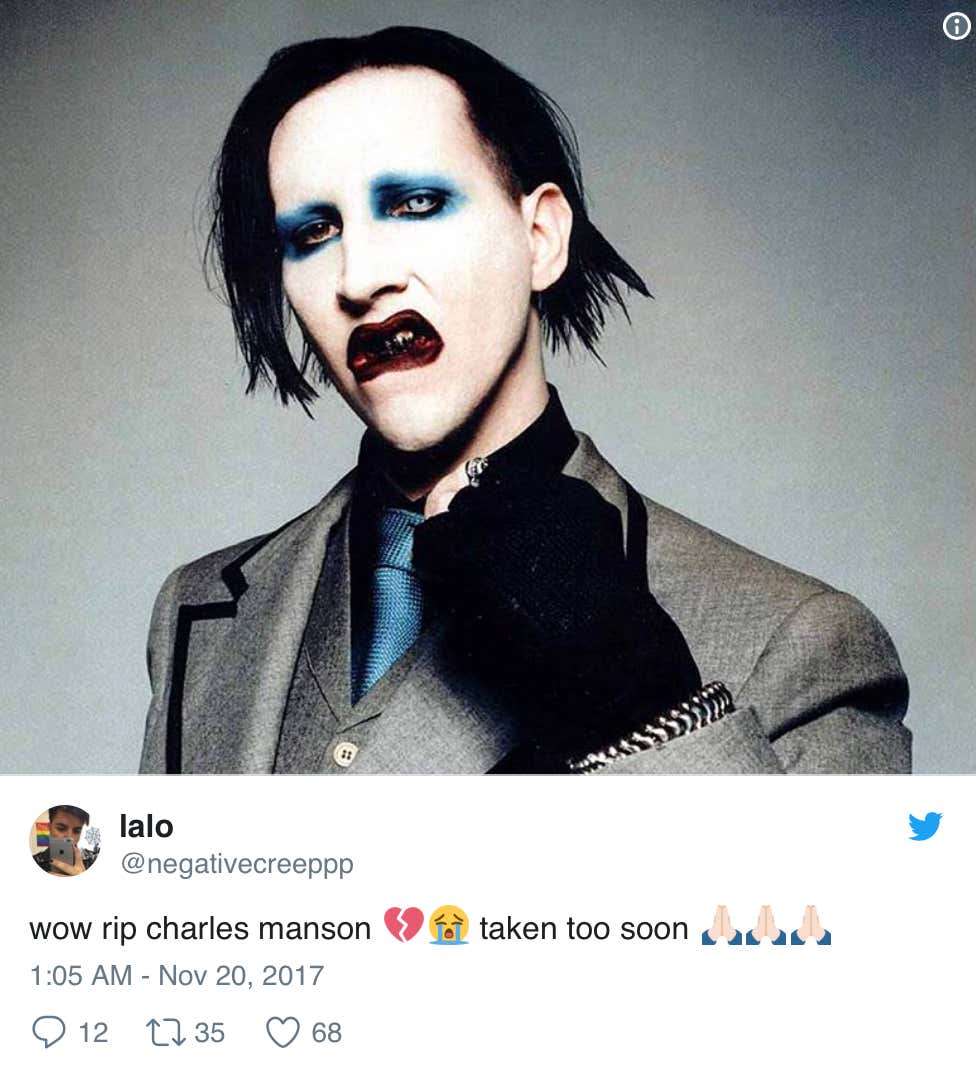 Classic mix up here. This was bound to happen when either Marilyn Manson or Charles Manson died (and it was honestly probably a coin flip between which of them would die first). One of them is maybe the most notorious cult leader/murderer in recent history and the other one made crazy rock music accompanied by even crazier music videos. Not even remotely close to the same person but both of them have the last name of Manson so that’s enough to fire off an #RIP tweet and ask questions later. That’s 2017. Now a few of those might be self aware Twitter accounts. I don’t know. The internet is a whacky place filled with different niche communities that have their own personal inside jokes. So I’m sure one or two of those tweets are purposely trolling.

How weird must it have been for Marilyn Manson to wake up this morning to some people thinking he’s dead? I always think about that whenever there’s a celebrity death hoax or a name mix up like this. Part of me feels like I would believe that I was actually dead. That waking up and finding out about your own death was like Step 1 in the after life. Marilyn Manson is a weird mother fucker. I bet those thoughts crossed his mind this morning. Luckily he’s still alive and Charles Manson is dead as shit.