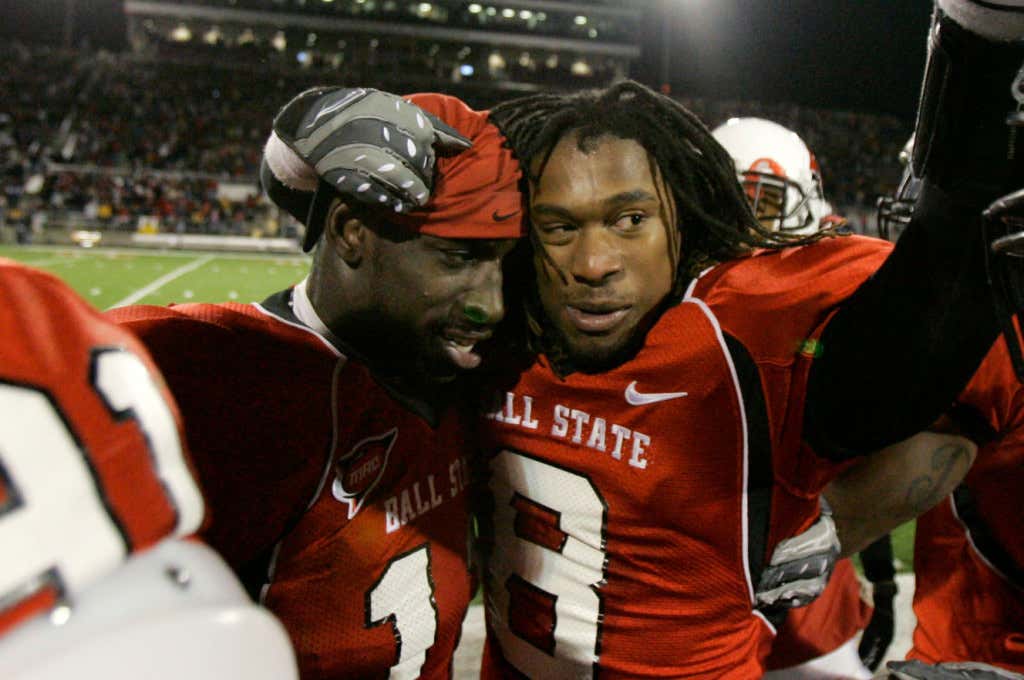 (Yahoo)Wendell Brown, 30, is a former football star in Detroit, a standout at powerhouse King High School and then a three-year starting linebacker at Ball State in Indiana where he graduated in 2009. He later played for the Winnipeg Blue Bombers of the Canadian Football League, a number of arena teams and even a professional league in Austria.

In 2015, he found his way to Chongqing, China, a city of some 18 million in the southwest part of the country, to play and then, after an injury, coach in the American Football League of China. It seemed like an incredible opportunity. While there he taught English to adults and football to kids. He spoke at the U.S. Embassy about the game. To supplement his income, he opened a cross training business, Brown Elite Fitness. As a 6-foot, 225-pound African-American in the middle of China, he stood out.

Life was great until Sept. 24, 2016, when Brown attended a birthday party for a friend at a bar. As Wendell’s side tells it, he struggled to blend in when out on the town because many Chinese assumed he was either rich or famous. That night some men wanted to drink with him, but Brown declined. They got angry and a dispute broke out. Brown was later arrested for hitting a man. Brown claimed he never hit anyone and only raised his arms to block bottles being thrown at him.

Regardless, Brown was taken to the Chongqing Jiangbei detention center. He had never before been arrested. Faced with no American-style bail available, no discovery process about the evidence against him and a confusing array of laws that bear little resemblance to the United States, he’s spent the past 14 months in a Chinese jail.

The family was helpless. They were unable to have any contact with Wendell. Letters to and from that contained much information about the case were intercepted. They hired a lawyer in China, who was allowed to speak with him, but then was told that the way for this to end was to come up with $100,000 U.S. as restitution. King is a barber and Brown a hairstylist, co-owners of the small Kingz & Queenz Salon on Gratiot in this hard-hit city. Men’s haircuts start as low as $5. “There was no way,” King said.”

What a sad story. Life sure is tough when you aren’t one of the Kardashians of the sport’s world. Barstool has always been a friend of MACTION and I’m currently playing in the American Football League of China(NBD) and have heard from teammates that Wendell was the nicest guy so I felt the least we could do is give his story some more exposure.

Here’s a couple things I can tell you from having lived in China for 6 years.

1. If you get into an altercation with a Chinese person at a bar, it doesn’t matter who is at fault, the police and legal system will 100% side with the Chinese person 100% of the time.

“According to Brown’s friends who attended the trial, the evidence against him fell apart. The Chinese don’t release details or evidence and there is no independent media in China, however, his friends said the video surveillance showed he didn’t hit anyone, let alone with a bottle like it was alleged. It was revealed the man who claimed he was hit and had his eye injured by Brown, actually had suffered the injury in a previous incident, according to Brown’s friends. They claim Brown took the stand in his own defense and was compelling and convincing, noting that considering his size and strength, had he wanted to fight there would have been significant injuries.

That was July. There is still no verdict. It’s been four months without a ruling and no one knows when, if ever, one will come.”

Evidence doesn’t matter in the Chinese legal system, connections do. In the LiAngelo case, they had video footage of him and his friends stealing from an LV but all charges were dropped because Trump happened to be in China when the story broke and he looks out for his fellow reality TV stars.

2. “ That night some men wanted to drink with him, but Brown declined. They got angry and a dispute broke out. Brown was later arrested for hitting a man. Brown claimed he never hit anyone and only raised his arms to block bottles being thrown at him.”

This is a perfectly believable story.  Hammered Chinese people LOVE drinking with foreigners. In some parts of China you can’t walk around the club as a foreigner without people trying to shove drinks down your throat. Hammered Chinese people can also be VERY aggressive and don’t like taking no for an answer as they think it makes them lose “face.” Fortunately for me, I may have a drinking problem so just say Yes when someone offers me a drink and thus far have avoided violent bar disputes.

3. I know a bunch of foreigners out here who have gotten into bar fights, some of whom were clearly the aggressor, and guess what, none of them ended up even spending a day in jail.  I’m guessing in this case Wendell pissed off the wrong group of rich and well connected Chinese bros who insisted on fucking him over so they wouldn’t appear to be the ones that started the fight.

His family has started a GoFUNDME page to raise money for his restitution fee but even they aren’t sure if it’s just an extortion attempt that won’t help get Brown out. Whatever happens, keep in mind that there are people out there who don’t get as lucky as LiAngelo Ball (who actually committed a crime). #FREEWENDELL 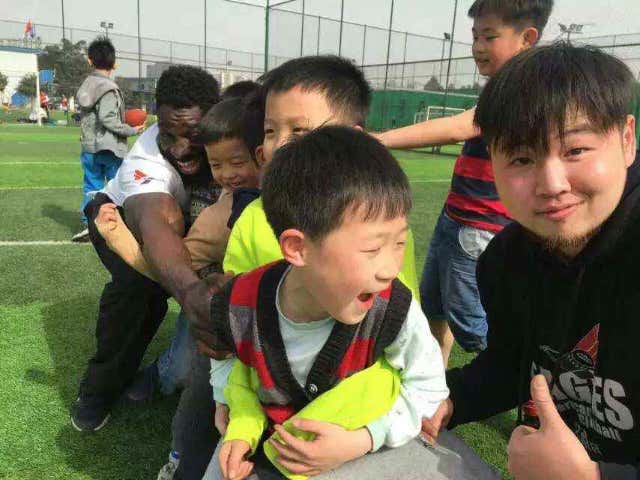 P.S. Why does the 12 yr old in that last picture have a goatee?