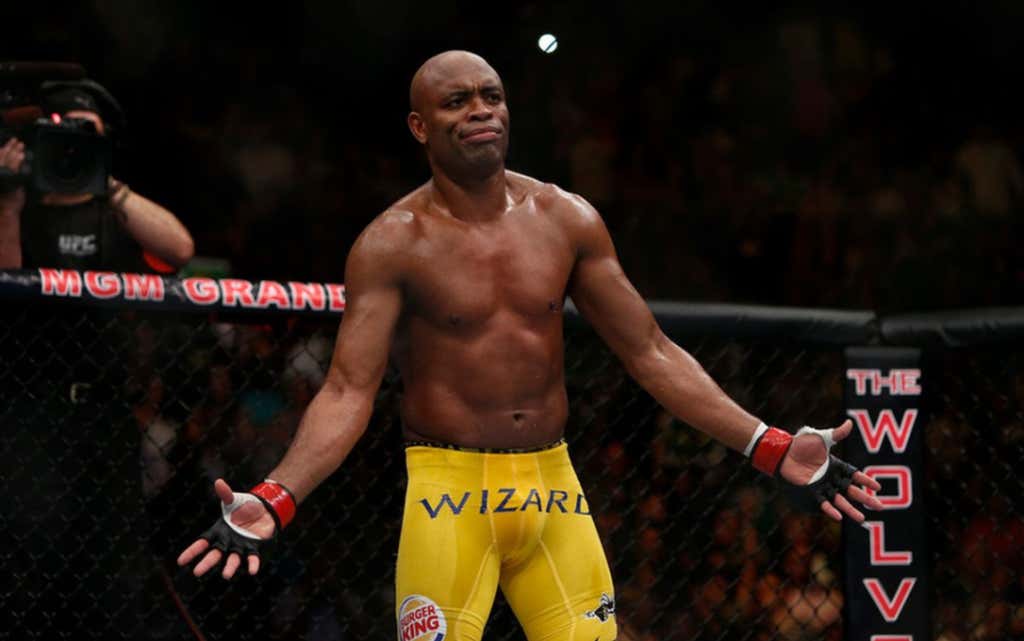 The UFC organization was notified today that the U.S. Anti-Doping Agency (USADA) has informed Anderson Silva of a potential Anti-Doping Policy violation stemming from an out-of-competition sample collected on October 26, 2017. As a result, Silva has been provisionally suspended by USADA. Due to the proximity of Silva’s upcoming scheduled bout at UFC Fight Night, Shanghai, China on November 25, 2017 against Kelvin Gastelum, Silva has been removed from the card and UFC is currently seeking a replacement.

Jesus Christ, what a day for MMA! We were all ridin’ high off UFC 217, and now everything is falling apart around us. Frankie Edgar’s out of his fight with Max Holloway, Dominick Cruz is out of his fight with Jimmie Rivera, and now Anderson Silva’s out of out of his fight with Kelvin Gastelum. I didn’t like this fight in the first place, and people were joking that Anderson should “call in sick”, because it was kind of a lose-lose, and now, here we are. Could this be the end of The Spider’s career? Yep. Do I care a ton? Not really. He was done already, did everything he needed to do, and I got to see him fight live. Even if all I wanted to hear was “Ain’t No Sunshine” and he walked out to his son’s shitty “Spider Crawling” song.

Now that he’s out, though, OOF. This card stinks out loud. 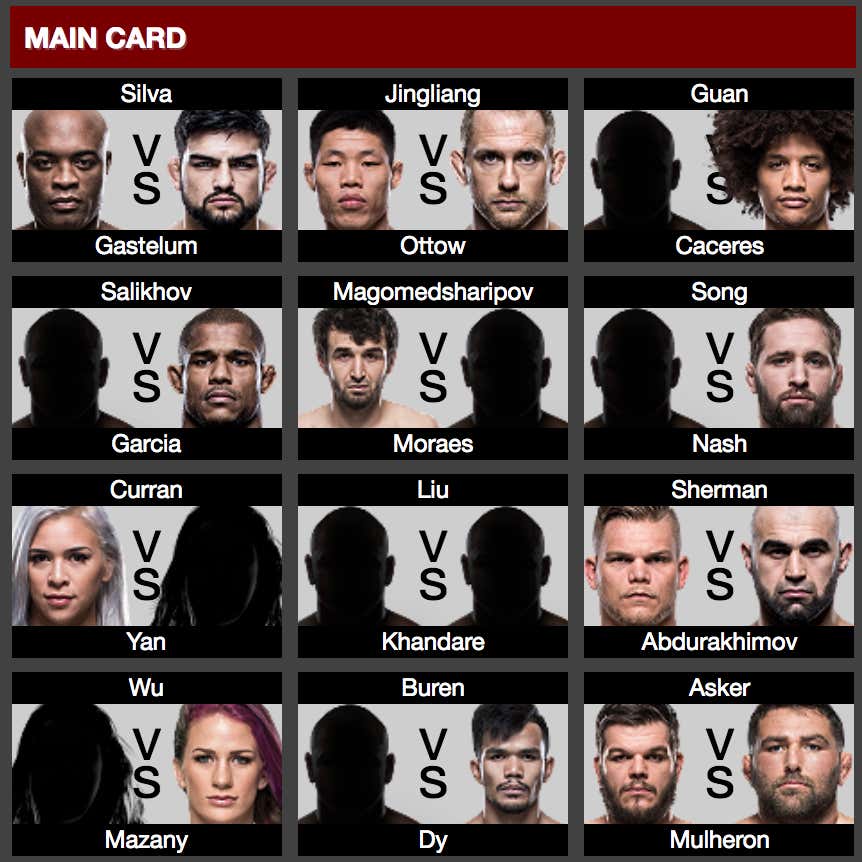 Sorry to all barbaric human cockfighting fans in Shanghai that have tickets.