I’ll admit that I don’t know or care much about politics. But I still don’t understand how the fuck Mayor De Blasio won a 2nd term last night. New Yorkers say his name with the same disdain they have for roaches, rats, and garbage water. I figured anybody in the Tri-State Area outside of Chris Christie could have beat De Blasio like the Rams beat the Giants on Sunday. Instead NYC has 4 more years of De Blasio (I have no idea if that’s how long mayoral terms are or if this is all a bad thing).

Regardless, Billy DB shouldn’t get too comfortable on that throne or whatever mayors sit on at Gracie Mansion because another challenger has appeared in the form of a 7’3″ Latvian God sent to New York to save the Knicks from the abyss, which should be more terrifying for De Blasio than if a 100 foot marshmallow man appeared from the clouds. Because I honestly don’t know if any person has a higher approval rating in New York City than Kristaps Porzingis does right now. For every Yankees fan that would suck Aaron Judge’s dick to completion, there is a Yankees-loathing Mets fan like KFC that would rather move to North Korea than vote for a Bronx Bomber for mayor. Same with the Giants/Jets and Rangers/Islanders. I feel like there should be another New York basketball team, but I don’t believe that to be the case. Porzingis has the admiration of everyone in the city that watches the Knicks and even those who don’t, because how could you blindly dislike someone from Latvia?

Yeah we can talk about lack of political experience and shit. But that’s what political advisors are for. As long as KP keeps dominating on the court, he will be fine. Because if New York loves one thing it is a winner. If it loves two things, it is a winner that can do shit like this.

While also being able to finish a finger roll in crunch time.

(Sorry Patrick, but you ruined my 13th birthday).

Oh yeah and New York also loves cockiness, which Porzingis has in spades.

And most importantly, he knows how to stroke the ego of New Yorkers that deal with all the shitty parts of the city we talk about daily here at Barstool.

All of New York is already looking at Young Kristaps as if he is the finest piece of filet at a steakhouse like Fake Holly From The Office (Beadie to you Wire heads) here. 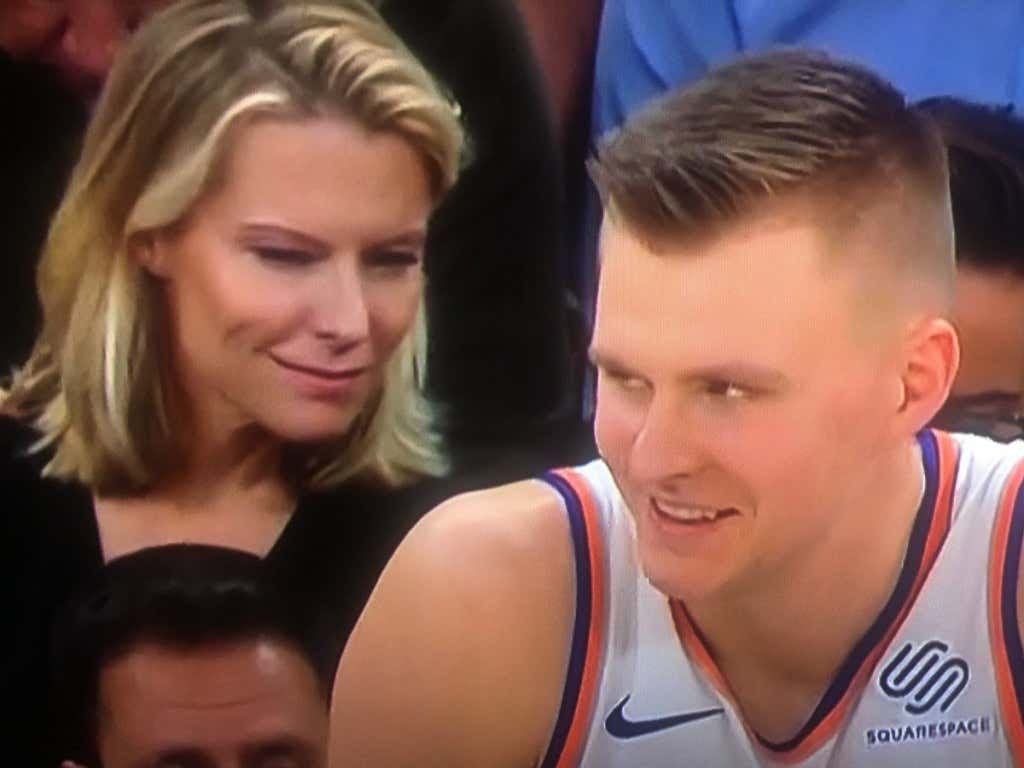 I can’t imagine what he will look like to the good people of the city with some more muscle and moves in his game.

Actually fuck all that. I don’t need the face of my team’s franchise to clean up this cesspool. He has an MVP and a championship to win. Lets fucking do thissssss!!!!

(God I cannot believe the Knicks have sucked me back in by being so goddamn fun and exciting. Lets check to see how Melo is doing. Him killing it with the Thunder will bring me down to Earth a little)

That stat line in meme form: 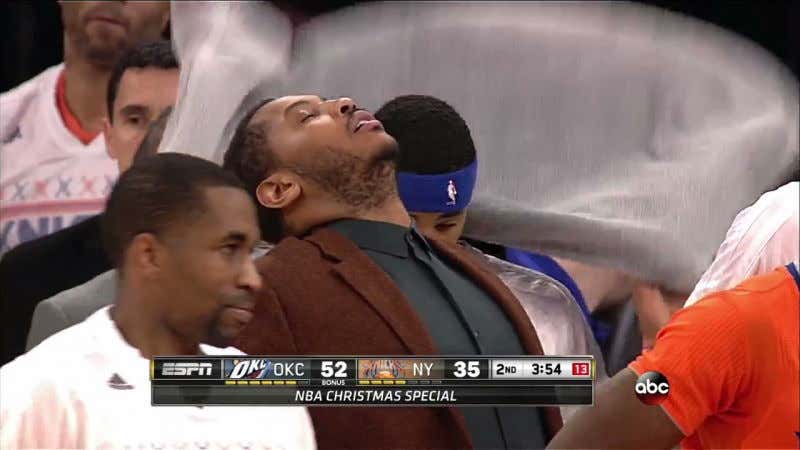 What a wonderful beginning to the season!