So this change went into effect last night and myself, as well as millions of people hate everything about it. I hate the way it gives fucking weirdos on both side of the political spectrum more characters to tweet about their bullshit. I hate that this puts Twitter on the road to becoming Facebook. And I hate, hate, haaaaaaaaate all the corny ass tweets of people using their entire 280 character limit to tweet bad jokes about having 280 characters.

The first 280 billion times that joke was done last month was enough.

Yes I know that Twitter says they researched all of this stuff. A bunch of Silicon Valley nerds that look like they were pulled straight out of Hooli on their lunch break came to the that this change is Actually Good. They even documented the fact that people stopped using 280 character once it stopped being “new” and different”.

In September, we launched a test that expanded the 140 character limit so every person around the world could express themselves easily in a Tweet. Our goal was to make this possible while ensuring we keep the speed and brevity that makes Twitter, Twitter. Looking at all the data, we’re excited to share we’ve achieved this goal and are rolling the change out to all languages where cramming was an issue.*
During the first few days of the test many people Tweeted the full 280 limit because it was new and novel, but soon after behavior normalized (more on this below). We saw when people needed to use more than 140 characters, they Tweeted more easily and more often. But importantly, people Tweeted below 140 most of the time and the brevity of Twitter remained.

Those assholes then yapped about how 140 characters wasn’t quite enough and everything will settle into the happy middle like Oreo Stuffing (by farrrrr the best part of the Oreo btw).

Keeping Twitter’s brevity
We – and many of you – were concerned that timelines may fill up with 280 character Tweets, and people with the new limit would always use up the whole space. But that didn’t happen. Only 5% of Tweets sent were longer than 140 characters and only 2% were over 190 characters. As a result, your timeline reading experience should not substantially change, you’ll still see about the same amount of Tweets in your timeline. For reference, in the timeline, Tweets with an image or poll usually take up more space than a 190 character Tweet.

These Twitter snakes even came out with this handy graph to prove their point. 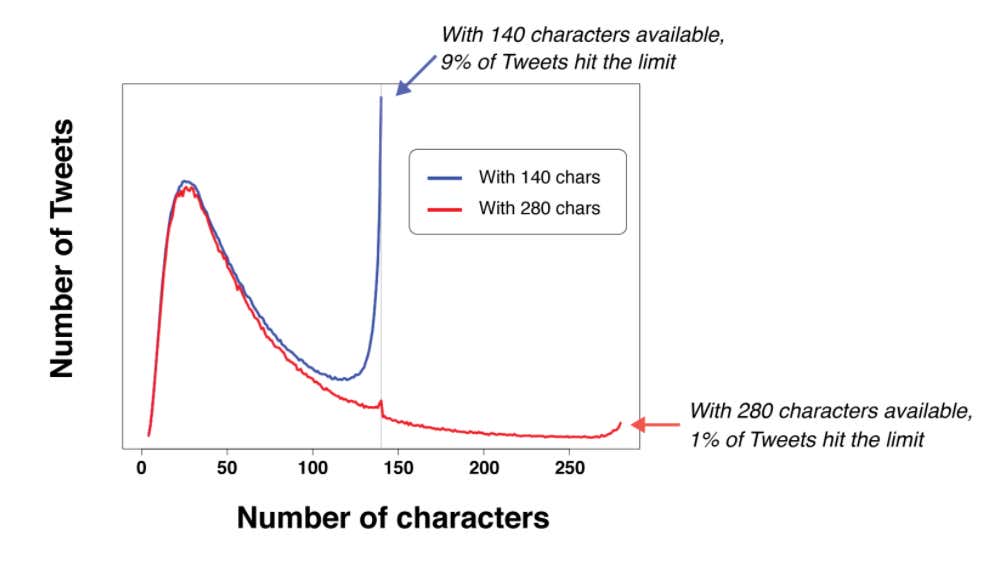 Oh you are finished? Well, allow me to retort. You know how they say people say it’s hard to say what exactly is pornographic, but people know it when they see it. Same goes for this 280 character mumbo jumbo. I know a bad idea when I see it and it’s staring me directly in my face whenever I go to my timeline and instantly scroll pass a short story disguised as a tweet.

Here is my chart backing up this point based on the data I have collected after years on Twitter. 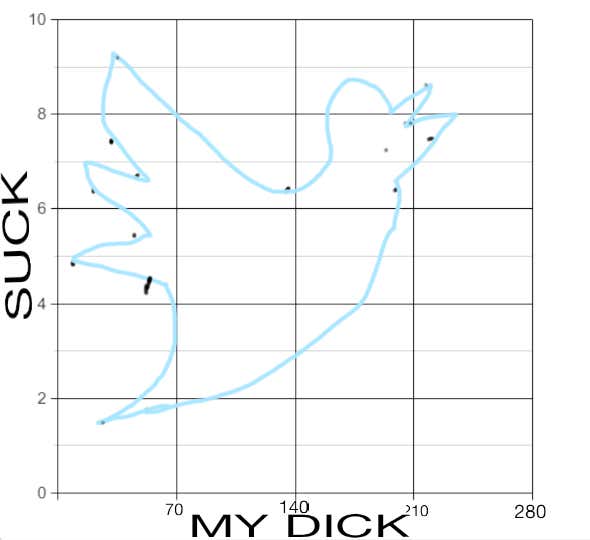 And in visual form for the people in the back of the room!

And you want to know the worst part this change? Twitter changed the number count for tweets and replaced it with a circle so we wouldn’t know if we were going over 140 characters. 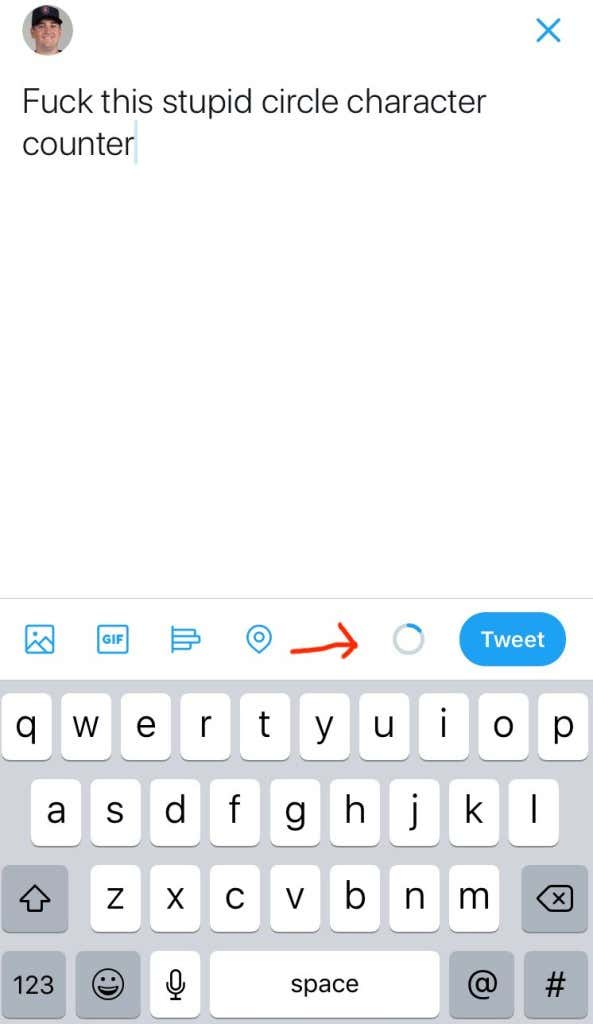 What time of Stalin propaganda machine are we dealing with here? Now all those pencil pushers are going to talk about how if we don’t know about the character limit, we will break it all the time. Such a dirty, rotten move I almost have to respect it. As an employee of a company that loves fighting in the mud, I have to tip my cap to Twitter for making the water a little murkier. Because they know I had started a revolution during my temporary change to 70 characters.

I was all ready to become the Gandhi of Twitter. No I wouldn’t go on a food strike because I would break it by the time First Lunch rolled around. I would just tighten up my tweets. I even had a following!

Not only was our gang growing, but our influence was growing too. Hall of Fame Tweeter (granted he’s in the Hall for Unintentional Comedy) Peter King seemed to be interested in joining the #70Squad.

Ed Boon, creator of Mortal Kombat and expert on how having wayyyyy too many characters can ruin a franchise, seemed in as well.

But that piece of shit circle is going to kill the movement before it really begins. Because while I truly believe that the 280 character limit sucks, I know there is no way I have the brainpower or patience to figure when I’ve used up exactly 25% of my Character Circle without copying and pasting to a website that counts characters. And that is wayyyyy too much work for a bad dick joke tweet. But in my heart I will forever #StayC70em.

So I guess @Jack and the rest of his cronies win this round. Twitter turned a profit for the first time in forever, they have constantly made awful changes that their users hated but tolerated because we are all addicted to the platform, and instead of Twitter being a martyr of a great website that died because it couldn’t turn a profit, it will instead be known as a once great website that became Facebook 2.0 except without our parents because just hearing the word Twitter causes them to break out in hives.

And one last word to @Jack and his minions, no matter what the next quarter’s profitability chart says:

TL;DR- Twitter can suck my dick for switching to a 280 character limit. Jerks

(That was exactly 70 characters and it got my entire point across).

UPDATE: Okay, maybe 280 isn’t the worst thing in the world.