Decider – In Season 2’s final episode, “Chapter 9: the Gate,” Max (Sadie Sink) and Lucas (Caleb McLaughlin) share a kiss. It’s a sweet moment particularly because so much time was spent exploring the chemistry between the duo this season. However during an episode of Beyond Stranger Things, the show’s after show talk show, Sink was quick to point out that the Max and Lucas kiss wasn’t originally in the script. Things only got weirdly heated from there. The 15-year-old actress is clearly upset as she explains the shock of learning that she had to do an onscreen kiss without any forewarning. She admitted the looming kiss stressed her out. “One of you, I think it was you Ross, you say, ‘Ooh, Sadie, you ready for the kiss?’ I’m like, ‘What! No! That’s not in the script … that’s not happening,” Sink said. In response, the Duffer brothers didn’t console her or apologize. Instead Ross Duffer told Sink that adding in the kiss was her fault. According to Duffer, they originally brought up the kiss as a joke, but Sink’s reaction prompted them to include it in the episode. “You reacted so strongly to this. I was just joking, And you were so freaked out that I was like well, I gotta make her do it now,” the director said. “That’s why I’m saying it’s your fault.” The story about the kiss has angered some fans, especially during a climate when more attention than ever is being paid to questionable sexual practices in Hollywood.

I watched a few episodes of Beyond Stranger Things. They are awesome behind the scenes content. To be honest they are almost as good as the show itself. Shout out to our guy Michael Davies on the production. And the episode in question here is one of the most heartwarming things you’ll see. Theres a lot of cool moments – the first being none of the kids understanding a lot of the 80s references and symbolism that so many of the fans love. A lot of the subtleties that take that show to the next level, the main actors had no understanding. Which I find fascinating.

And the second part was discussing the kissing scenes at the Snowball, which was cute as fuck. It was everybody’s first kiss in real life. Mike, Eleven, Max and Lucas. All of them shared their real life first kiss on TV. Which I always find to be one of the strangest, quirkiest things about Hollywood. It happens all the time. I remember the cast of Saved by the Bell and Boy Meets World going through that as well. Everybody’s first kiss is awkward and nerve wracking and scary and thats all that this girl was explaining. This wasnt a graphic sex scene. It wasn’t forcing her to do anything overly sexual. It was a kiss. And I am absolutely, 100000% POSITIVE if Sadie Sink (GREAT Hollywood name, btw) truly was uncomfortable and didnt want to do it, they wouldnt have shot that scene. To compare this to Harvey Weinstein or Kevin Spacey is flat out irresponsible. Their discussion was about the awkwardness of first kisses, not forcing an underage girl into sexual behavior. Come on now, people. Lets use some common sense here.

To listen to me, Feits, Robbie Fox and Big Daddy Trent break down the first 4 episodes of Stranger Things 2, download “Strangest Things Pt. 1″ on the KFC Radio feed. Out now. Pt. 2 will be out Wednesday morning. 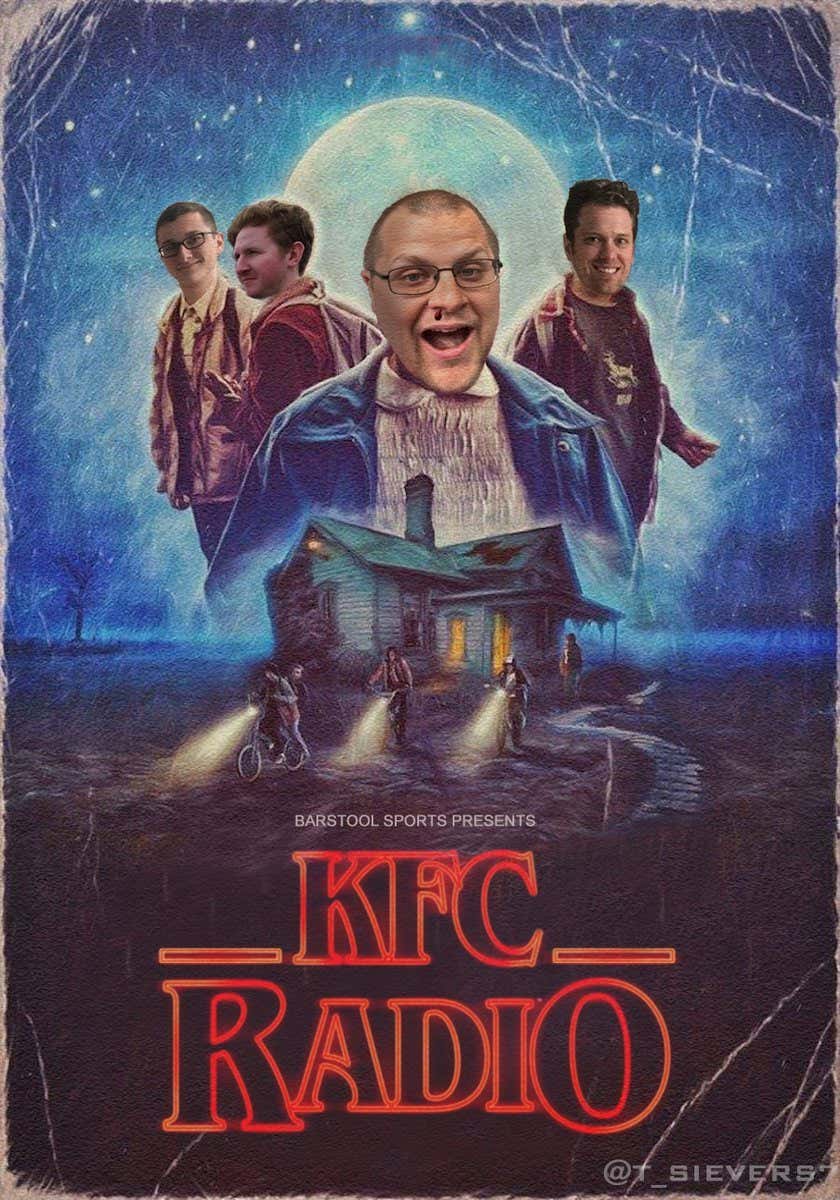