Ladies and gentleman, it’s FIGHT DAY, and this is me:

I’m so giddy in anticipation I can’t contain myself. Why, though? Well, set aside the athletic capabilities of everyone competing at UFC 217 tonight, and just look at the storylines leading into the card.

To kick the night off, Johny “Bigg Rigg” Hendricks is practically fighting for his life against an undefeated killer prospect in Paulo Costa. If he loses, this very well could be the last fight in his storied UFC career, and the last fight of his life. For Costa, he’s looking to dismantle a legend quickly and cement himself as the “next big thing”.

After that, Stephen “Wonderboy” Thompson, a karate technician, will attempt to rebound after a draw in a Championship fight, followed by a loss in the worst title fight in UFC history. Jorge “Gamebred” Masival stands in his way, however, and he’s a violent motherfucker aiming for a title shot, coming off a razor thin split decision loss to Demian Maia. Both men have something to prove here tonight, and neither man wants to let this one go to the judges.

In the first title fight of the evening, Joanna Jedrzejczyk defends her Women’s Strawweight Championship against “Thug” Rose Namajunas, who is getting her first shot at the gold since coming up short in the inaugural Women’s Strawweight Championship fight. Joanna’s the scariest undefeated fighter in the company, as she’s literally like a super villain writing scary cryptic messages on her water bottles. 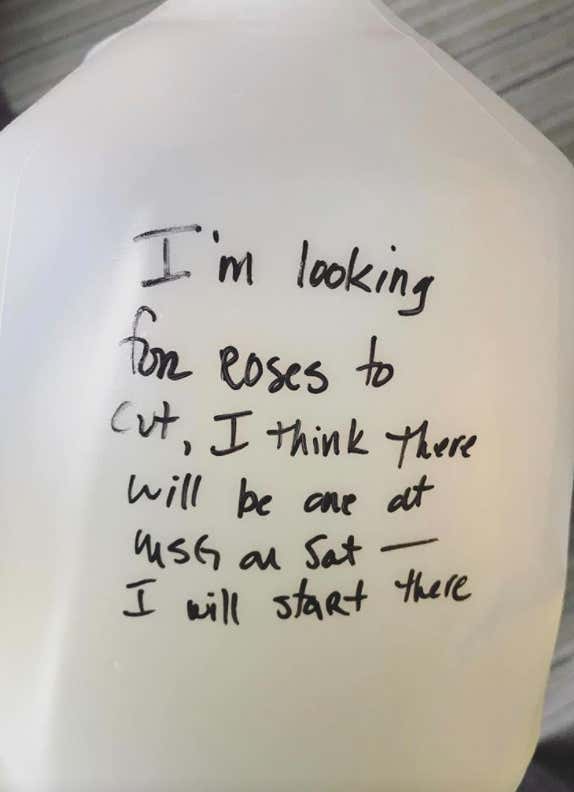 In this fight, Joanna will break Ronda Rousey’s record for most women’s title fights in UFC history, and with a successful defense, she’ll tie Rowdy’s record for most retains. It’s really just another day in the life for her, however, and Rose is just another woman standing in her way. I’m not even sure Joanna would call this the biggest or most difficult fight of her career.

For Namajunas, both of those things couldn’t stand more true. She’s spent the better part of three years climbing the strawweight mountain to make it back up to where she was on December 12th, 2014, and a half-second slip up could send her flying back down. Joanna will be, by far, the most skilled opponent Rose has ever stepped into a cage with. I can’t see anyone at 115lbs defeating her any time soon, but if Namajunas pulls it off, it’d have to be by executing the most perfect strategy in history, and it’d rival Holly Holm’s infamous defeat of Ronda Rousey to be the most shocking upset in women’s mixed martial arts history.

There was no rivalry between Joanna and Rose until this fight was booked, and there’s still not a TON of heat between them, because it’s all on the Champ’s side. Rose has stayed quiet, not talking any shit, while Joanna attacked the challenger’s struggles with mental health (later claiming she wasn’t aware of the actual struggles) and claimed her fiancé called one of her training partners a bitch. Because of this, the “Boogeywoman” is coming.

The fight with the best story is this one. Cody Garbrandt and TJ Dillashaw are former teammates turned bitter enemies after Dillashaw left Team Alpha Male to solely follow Duane Ludwig’s guidance in Colorado. When he was the Bantamweight Champ, he’d split his time between Duane’s camp and Alpha Male’s camp, with many on the inside saying he was a snake who’d soon leave TAM. Cody Garbrandt refused to believe this, and even got into a scuffle with Conor McGregor over the claim.

When TJ eventually left, the Sacramento based gym turned on him, and he lost his championship to TAM arch rival Dominick Cruz in a slightly controversial split decision. Founder of Team Alpha Male Urijah Faber tried to bring the title back home, but didn’t even come close, and sent his new protege, undefeated up-comer Cody “No Love” Garbrandt after the case. In a shocking turn of events for most, “No Love” captured the title with ease, mocking Cruz as he did it, and putting a bookend on the rivalry that lasted almost a decade.

There’s one more thing left to prove for Garbrandt, however, and it’s that he was the true Champion Team Alpha Male had after all. That, even if TJ didn’t turn his back on his brothers, Garbrandt was the true prizefighter, and in the end, the king of all Bantamweights. Because of the bad blood, though, he’s going to try doing it with a “bang” and teaching Dillashaw a lesson with a knockout. This video of Cody knocking TJ down in sparring many years ago that TJ adamantly denied existed was released two days ago as last minute mind games:

In the main event, the greatest welterweight champion the UFC has ever seen makes his long awaited return to the octagon after a four year hiatus, moving up a weight division to challenge Michael Bisping for the Middleweight Championship of the World. That’s right, Georges “Rush” St-Pierre will step foot on that UFC canvas in the middle of Madison Square Garden tonight and look to reclaim his spot at the top of the mountain, with the gold around his waist symbolizing that.

Michael Bisping is the winningest fighter in company history, and with one more tonight, could go down as one of the greatest fighters ever (much more than he is currently). He’s on a legend beating tour as it is, picking up wins over Anderson Silva, Luke Rockhold, and Dan Henderson in his last three fights, so GSP is another head he wants on his mantle. Like the Strawweight Championship fight, this is more of a one sided rivalry. Bisping’s talking a fuck ton of shit and “Rush” is just sitting there like, “I love tis’ sport. I am so happy to be back for my fans. I will be champion once more!”

So clearly, there’s a lot surrounding this card that goes above and beyond barbaric human cockfighting. It’s not just punching and kicking, not just grappling, it’s personal. It’s the survival of the fittest. It’s the UFC.