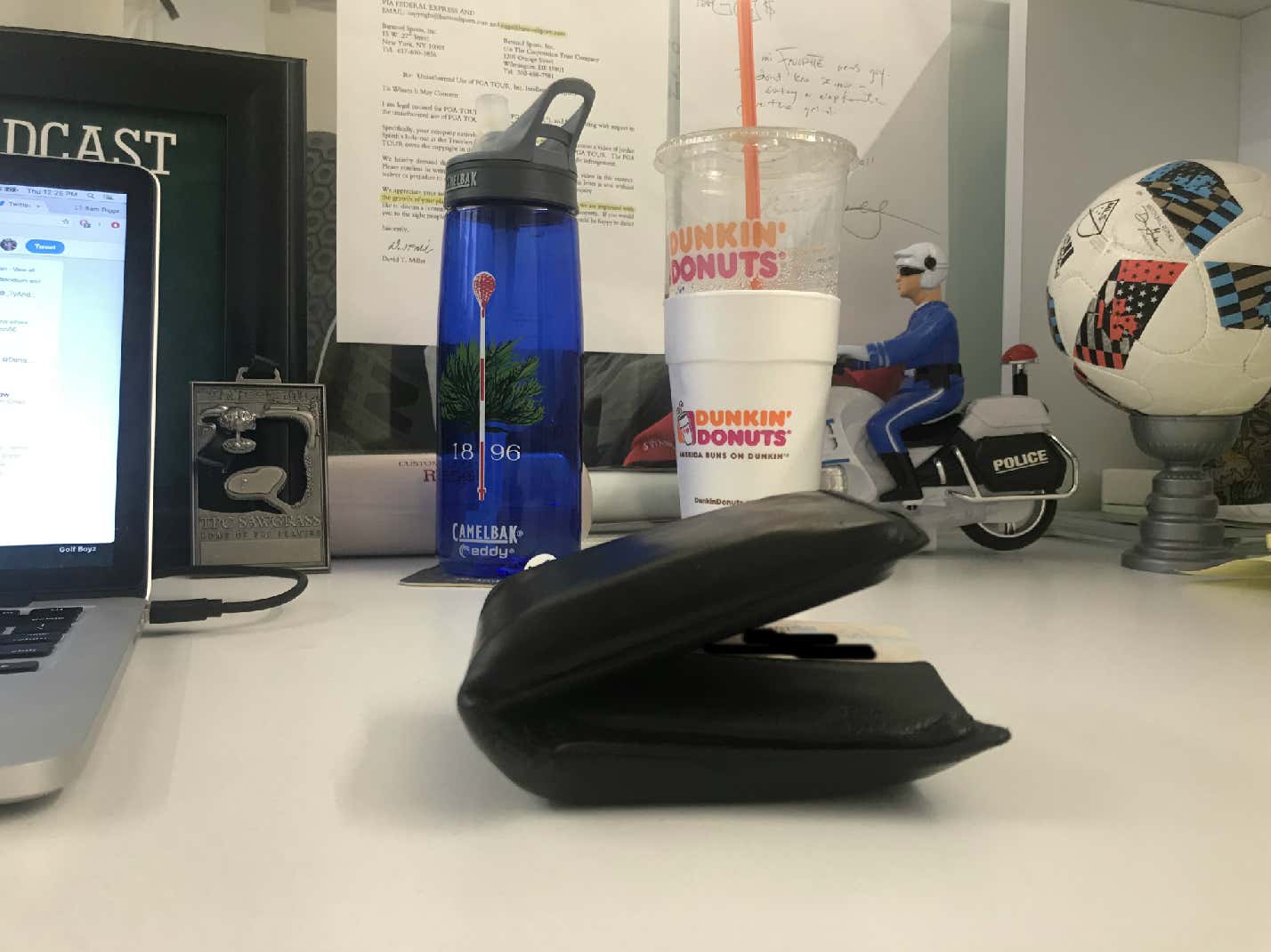 The first step to correcting a problem is admitting you have one. I have a Costanza wallet problem. It’s major. The thiccness of that thing is simply unacceptable. Haven’t been able to keep my wallet in my pocket in a seated position in years. Not even close. When I try, within 30 seconds my right butt cheek falls asleep. Yes I know about the napkins in the other pocket theory — I feel like this simply digs us deeper down the Costanza wallet hole from which we may never return.

So I’ve been a sit-and-plop guy. Sit down, reach back, pull out the wallet, plop it down on the table/bar/desk in front of me. Every single time.

This move stinks. I don’t want to be a sit-and-plop guy. Did it out of necessity. Deep down I want to be a just-sit guy. You just sit there normally and are comfortable. That sort of flexibility, freedom, convenience seems so nice yet so far.

So I’m changing cold turkey. Out with the wallet, in with the money clip. From this moment forward I am a money clip guy (Actually don’t have a money clip yet, waiting until I see a really cool one to pull the trigger; for now I’m a fold-the-cash-around-the-cards guy).

I decided to go through my (now former) wallet. Inside I found the following contents: 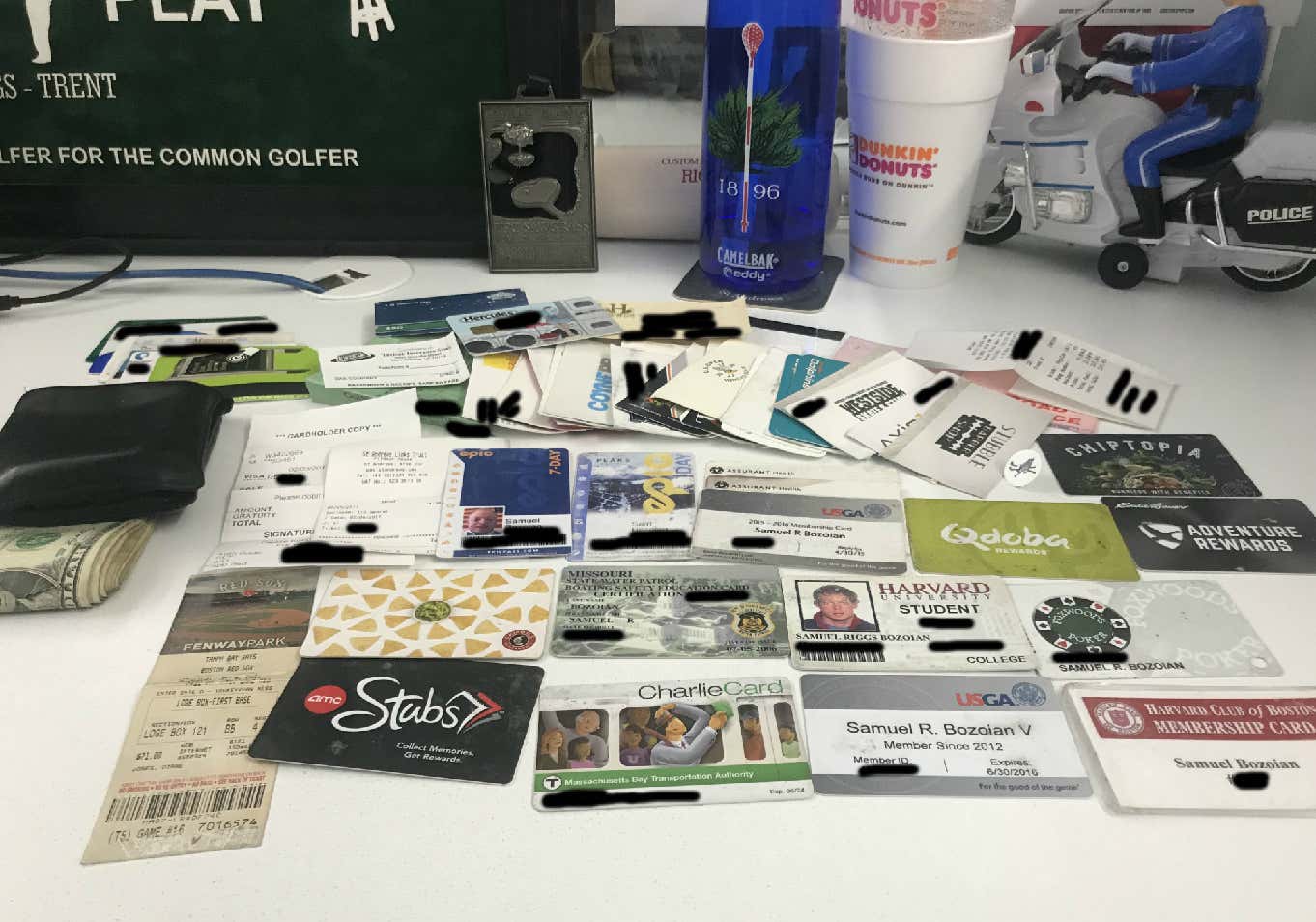 -AMC theaters rewards card (haven’t been to an AMC in over 2 years).

-A quarter (not pictured, fell out after and I didn’t feel like redoing).

-Eddie Bauer rewards card (have literally never been do an Eddie Bauer).

-Another Chipotle rewards card (not activated).

-Harvard Club of Boston membership card (do not live in Boston).

-2 health insurance cards for my parents’ insurance company (I am now under Barstool insurance).

-This taxi thing, which feels invalid. 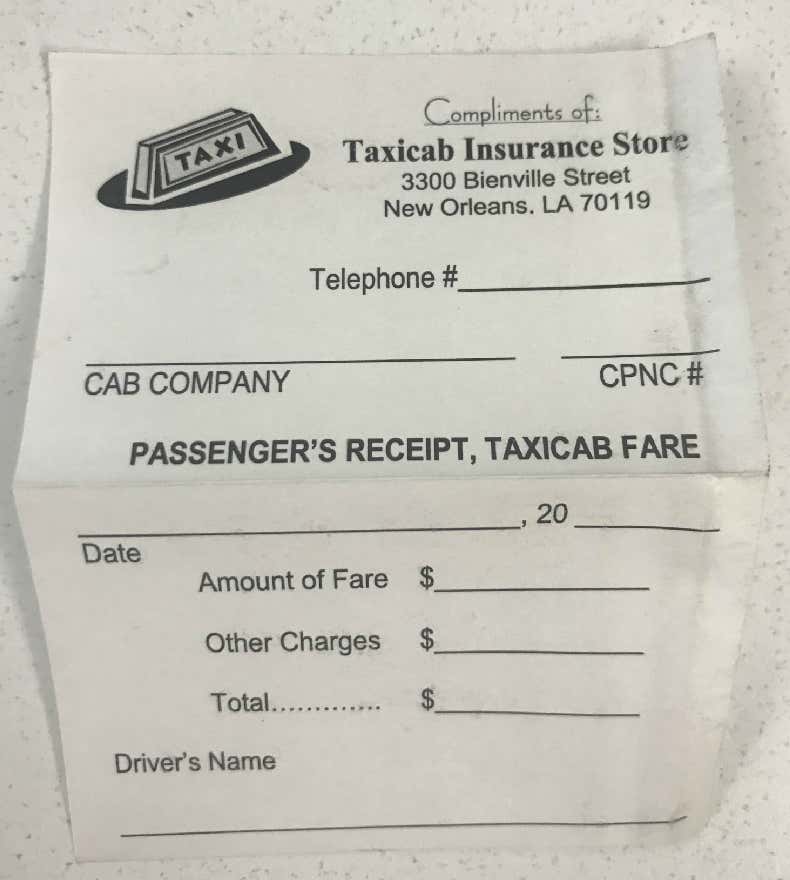 -A receipt from Peter’s Towing in Dorchester from November 2016.

-All of these business cards. 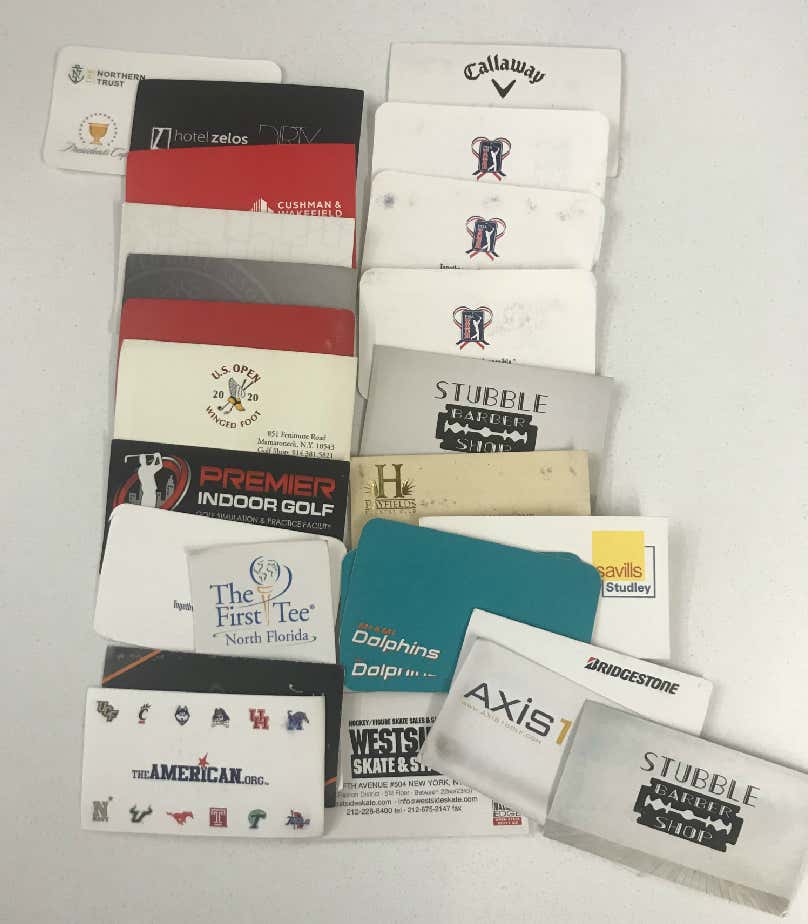 That’s too much shit. Way too much. The guys in the office were talking about the rubber band move — just lumping your stuff together and tossing a rubber band around it. I shit you not, my dad rocks the rare Costanza wallet WITH the rubber band combo. Crazy but amazing. Thicc wallet appears to be hereditary.

Many people on twitter are saying I will inevitably relapse. We shall see.

PS — How long before I get hacked via the above photos? Hank says 10 minutes.