***There will be NO SPOILERS in this blog***

Welcome back to Rob’s Monday Morning Movie Review, which is basically just becoming Rob Talks About Bad Movies now. This weekend I checked out Jigsaw, the eighth, yes EIGHTH installment in the SAW franchise, the first in ten years, and it was exactly what you’d expect: not a good movie, but a good time. Thankfully that means I don’t have to sit here and write 2000 words about cinematography flaws or robotic dialogue or not understanding the plot line – er, actually, maybe a little bit of that last thing. Let’s talk! 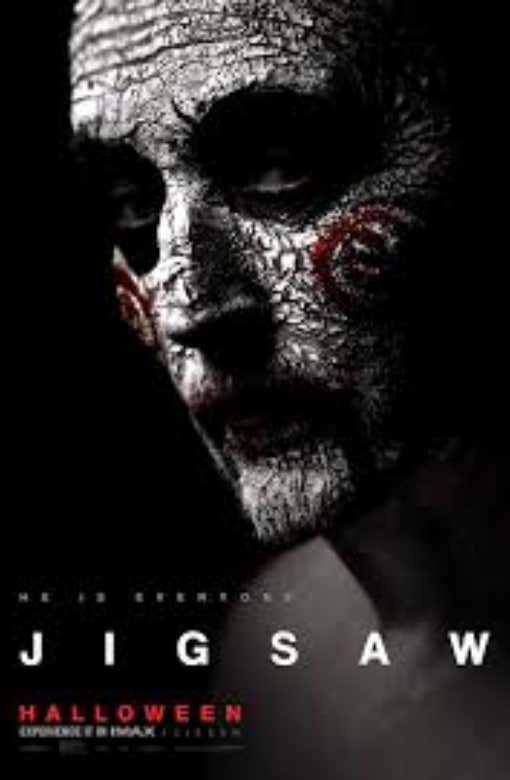 After a series of murders bearing all the markings of the Jigsaw killer, law enforcement officials find themselves chasing the ghost of a man who has been dead for over a decade, and they become embroiled in a new game that’s only just begun. Is John Kramer back from the dead to remind the world to be grateful for the gift of life? Or is this a trap set by a killer with designs of his own? 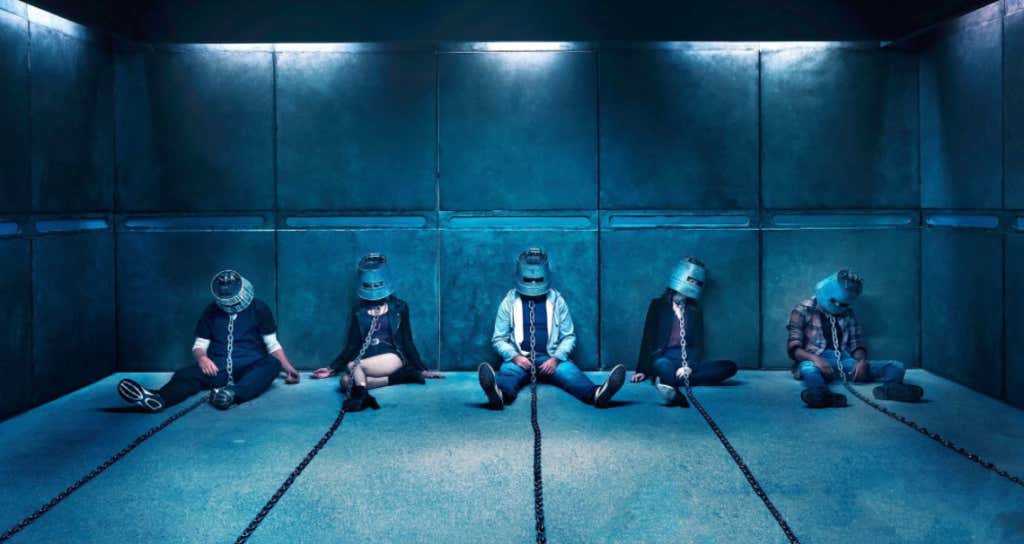 Jigsaw opens up with a shot of five people, buckets chained over their heads, waking up to the chains dragging them towards a wall full of spinning buzz saws. As soon as panic sets in for these five faceless victims (or should I say players?) they hear instructions on how to stop their impending doom over a loudspeaker in the room from the voice of…you guessed it: John Kramer, the Jigsaw killer. It was sort of an instant heartwarming familiarity, in the most fucked up, gruesome way possible. It HAS been a decade since the last SAW, though, so you gotta cut me a little nostalgia slack on that precrime serial killer statement by me. I also have a weird connection to these films, as the first was pretty much my introduction to horror. 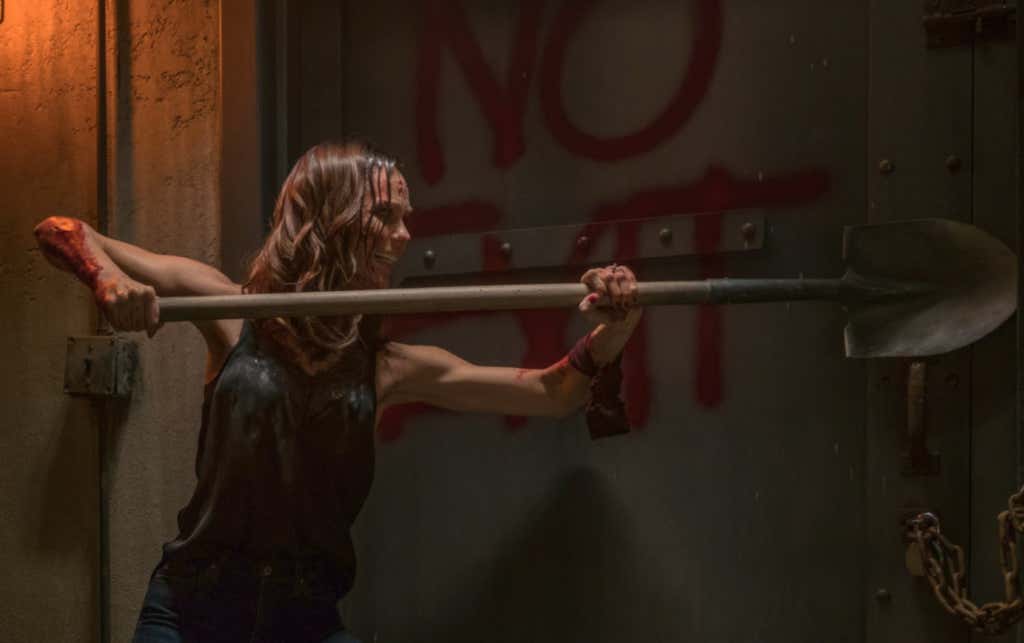 The original SAW came out in 2004, when my sister was in high school, and I specifically remember her coming home from the movies and telling my parents and I about how fantastic and terrifying it was. Every year that followed, a sequel would come out, and my sister was first in line to see it along with everyone else in my town. When I decided years back that I was going to man up and start watching all of the movies who’s concepts scared me as a kid, I looked no further than James Wan’s repulsive masterpiece as a kickoff point, so I think I was going to enjoy the experience of finally seeing a SAW flick in theaters with my sister no matter what. I don’t claim to be an objective or unbiased critic, however, so who gives a fuck!

This installment goes back and forth between the players in a now barn-themed game and a forensics lab testing the DNA of the victims, trying desperately to figure out how Kramer is still murdering folks from the grave. The players all vary in unlikability, and there’s some you feel sympathy for and some you don’t right off the bat, but as the film progresses and the game/punishments get more and more brutal, you find yourself wishing the best for even the biggest douches. The other story told (with the detectives and autopsy technicians) is perfectly fine, but gets a bit convoluted when fingers start pointing and the movie turns into a strange “who done it!” like they stretched out the Reservoir Dogs finale into 45 minutes. 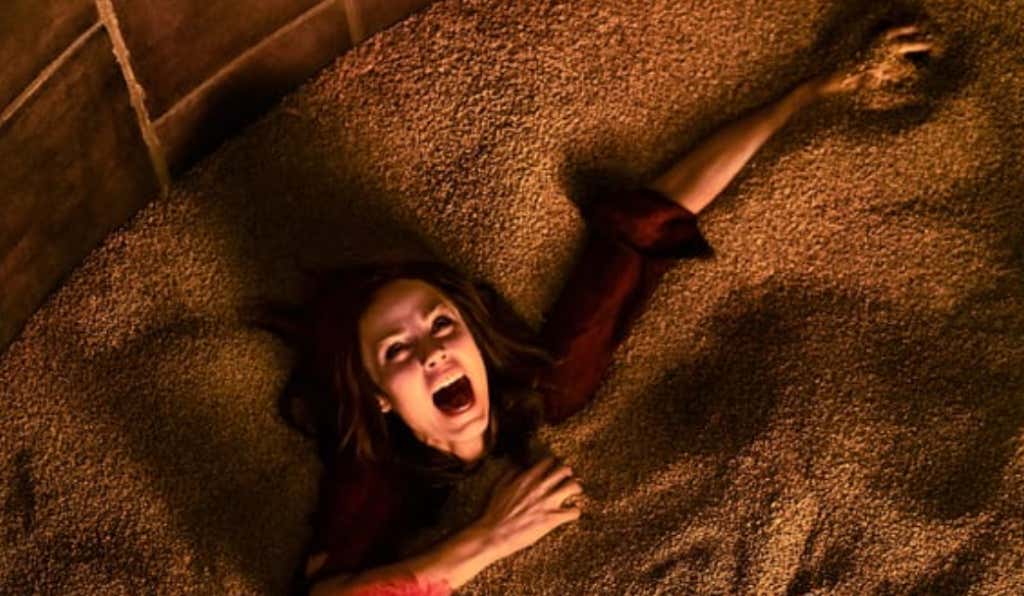 To follow suit with the ending of the rest of the franchise, this one DOES have a twist that I won’t spoil to let you go in untouched, but I’ll say this: I initially thought it was so stupid that I was taken out of the film, but the more I think about it with the “logic” part of my brain turned off, the more I like it – meaning yeah, there’s a fuck ton of plot holes that open up with the swerve, but it’s really neat on the surface and it answers one BIG question you wonder about for the previous 90 minutes.

Overall, the humor landed (in the cheesy way they were attempting), the gore delivered, the games never got TOO outrageous and gimmicky (relative to the other flicks), and the plot kept me invested throughout, making Jigsaw one of the better movies in the franchise. I saw another critic say the same, but he threw in “…but that’s not saying much!” to make sure he got in a negative connotation on that statement. I’m not gonna do that here. SAW sequels suck for the most part, as does this one, but you can’t go in expecting a masterpiece when the goal was never to make one in the first place. I’ll tear movies like mother! and The Snowman a new asshole for their pretentious failed attempts to be Oscar bait, but Jigsaw? Nah, fam. We excuse some of those plot holes and we let the corniness slide, because this flick was made for an audience to have fun, and fun I had.

Looking for something to do tomorrow night on Halloween? Wanna turn your brain off for an hour and a half and watch a shitty popcorn flick? Check out Jigsaw. You’ll have fun.