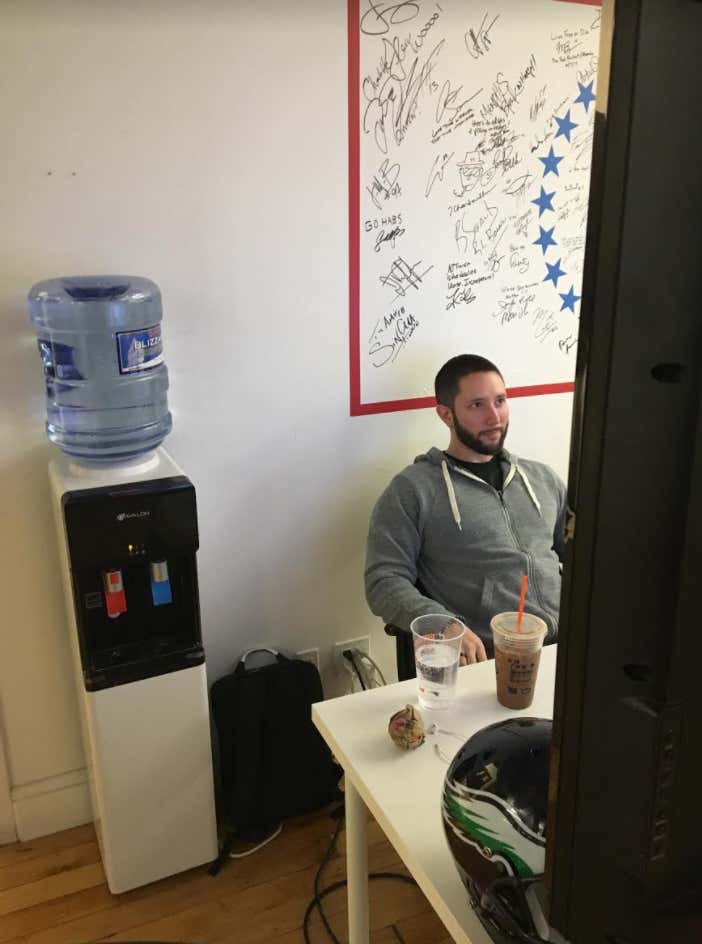 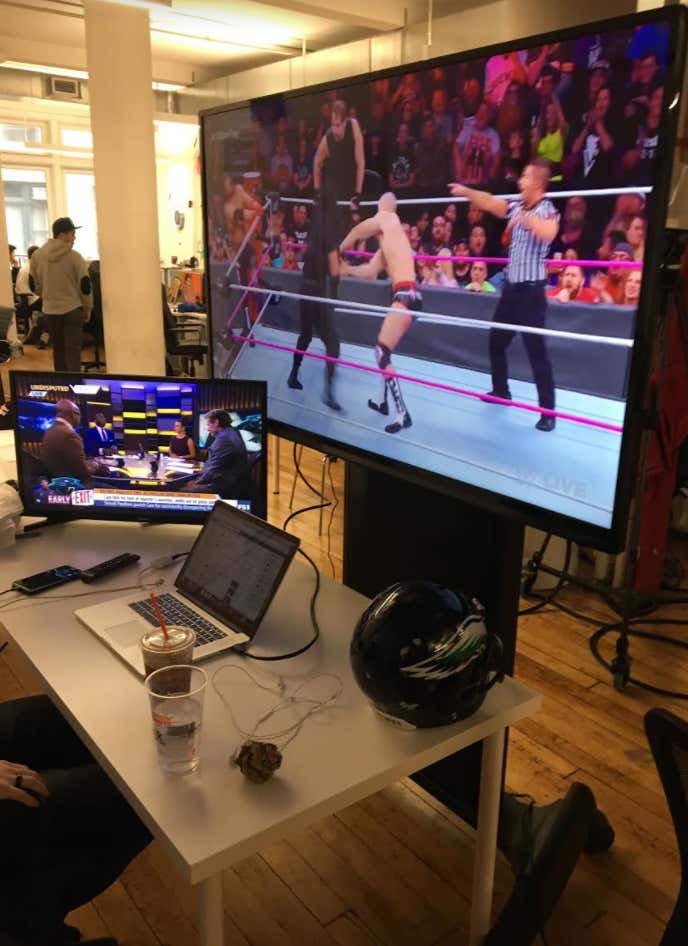 Ya’ll know Carabbis. Ya’ll know what he does for a living. Baseball and wrestling. Like, that’s it. That’s his entire purpose for existing. Baseball, wrestling, then breathing. Maybe. It could take him an hour to put on his own pants but if you could say who cares about who started at third base for the Pittsburgh Pirates in 1960 and BAM! Carrabis drops said pants and whips out a Don Hoak all over your face. He’s a simple man of few wants, and even fewer needs. He can honestly live off of Powerade and M&M’s, which he basically does already. Starting 9, From The Top Rope, and every Boston bar that requires a bouncer/barback is one diabetic shock away from needing a new member.

Caribbos been waiting literally behind the bar waiting for a desk since he’s moved here eons ago. So much so that office/life Czar Barstool Nate has made it one of his billion prerogatives to land him a home. Well, the day finally came where his land was rightfully given to him, and I’ll tell ya what. Give the kid an inch and he takes a light year. And I thought Kmarko’s home screen stamped its dick down on the office the first week we were here:

Which is fine. Carebus, Kmarko, and anyone else in the office can do whatever they want as long as they respect and honor the giant, honorable Menorah in the office that is the sole provider of sunlight to our souls. But pulling this move right by the water cooler? Really? Talk about your all-time pure power move. Everyone is required by the monkey to drink water during the day. Some heathy heathens, such as myself, often visit the water cooler a minimum of 5 times before lunch. Am I supposed to be required to have a conversation with Carabuos every single time I am there filling up my Dunkin’ Donuts cup? Of course. That’s the law of the office water cooler. If you don’t want to start meaningless chatter, prepare to die of thirst. But I don’t want to walk around then be intimidated by a jumbotron featuring Wrestlemania IX every single time I want to grab a drink. It’s inhumane.

Can’t deny the effort. In fact, I respect the hell out of stamping his dick down in the office. It’s just the location I have an issue with. But I don’t see it changing. Once you get hooked on Megadesk, you can’t go back. Caribou’s needs. More. Megadesk.