That… that right there is what we’d typically refer to as assault. The type of shit that you’d usually have to lawyer up after. Unless you’re overseas playing in the EIHL. In which case, it’s just a one-game suspension.

What a fuckin’ gongshow. You accidentally land the wrong way here and this hit is a career ender. Gotta love the balls on the Department of Player Safety to go through all the hassle of making this video just to say, “yeah we don’t give a fuck”. Kind of makes you happy to see at least one pro league out there isn’t letting the nerds take violence out of the sport. Also makes you feel a little nervous about the overall safety of anybody who heads over to the UK to play in the league if aggravated assault only lands you in the press box for 1 game. But hey, that’s just how self-policing the game goes sometimes. You want to make sure that guys aren’t taking matters into their own hands and trying to kill each other? Then maybe call something on that… 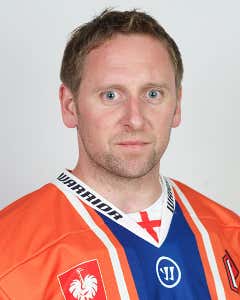 You know how sometimes you can just look into a man’s eyes and know that he’s completely crazy and out of his mind? Yeah. Colton Fretter has those eyes. 52 penalty minutes in 13 games so far this year. Savage.