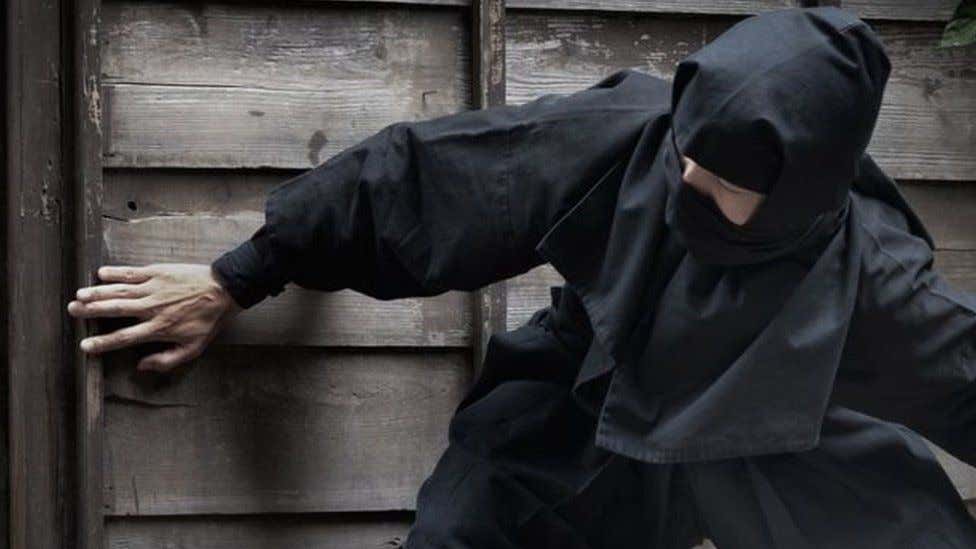 BBC – Japanese police say they have finally caught a prolific thief who dressed as a ninja to carry out raids – and were surprised to find he was 74.

After his usually covered face was caught on a security camera this year, he was put under surveillance which led to his arrest.  Police now believe he is the so-called “Ninja of Heisei”, thought to have carried out more than 250 break-ins. He has been charged with thefts worth 30m yen ($260,000; £200,000). Police had been baffled by a series of burglaries over eight years carried out by a suspect wearing black, assuming they had been carried out by someone younger….

…Police said the thief displayed great physical ability, running effortlessly on top of walls instead of taking the streets. After his arrest, the man was quoted as saying: “If I were younger, I wouldn’t have been caught. I’ll quit now as I’m 74 and old enough.”

I’ll be honest. I’m not too familiar with the power structure in Japan. Maybe this is a question that Donnie would have an answer for but I just always assumed that ninjas were sort of above the law. Like by and large, aren’t ninjas typically good? They may engage in some vigilantism but I just always assumed that most ninjas are the good guys. A few bad eggs here and there but I still think that you need to be a good guy ninja to take out a bad guy ninja. Arresting a ninja is way out of just your standard Tokyo PD’s jurisdiction.

Anyway, I’m glad the Ninja of Heisei has finally found the closure that he’s been looking for on his career as a ninja. All the guy wanted was to one day meet his match. He’s been running around all over Japan just begging to get caught so he could finally get out of the game. 8 years of carrying out heist after heist. 250 break-ins from the ages of 68-74. Even as a ninja, you’d think somebody would be able to catch an old geezer like that a little sooner. But I guess that’s why buddy over here was the GOAT.

P.S. – Feel like Beverly Hills Ninja always gets overlooked when talking about the best of Chris Farley. 10/10 flick.