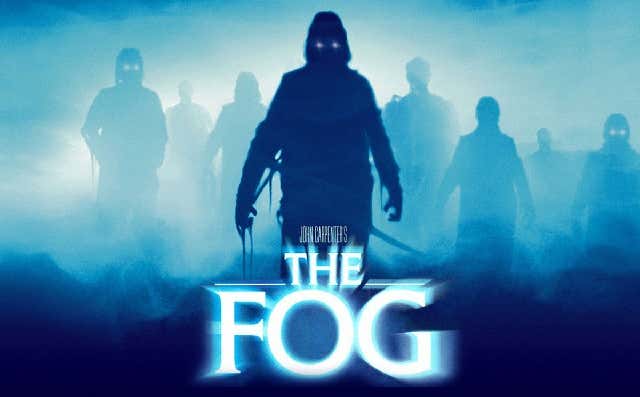 NESN – It sounds like Julio Jones didn’t pay much attention in science class during his school years. Jones and the Atlanta Falcons fell to the New England Patriots 23-7 on Sunday night at an incredibly foggy Gillette Stadium. While the fog was relatively mild early in the contest, it became increasingly thicker as the game progressed and became a major hindrance for fans in attendance and those watching on television.

After the Week 7 loss, Jones wouldn’t admit the fog impacted the Falcons’ offense, but the star wideout’s idea of how the fog developed truly was remarkable.

“No, it didn’t affect me,” Jones said after the game. “It’s crazy, though. They score and they shoot fireworks off and then it sits up and sits high kind of in the stadium. So, it’s kind of hard, if you do get behind, how can you throw deep balls and things like that because it’s foggy? It didn’t affect us at all, though. They were the better team tonight.”

I referenced the Belichick Weaponized Weather Machine in the Knee Jerk Reaction to the game on the basis of one NFL Twitter Moments headline with the word “conspiracy” in it. I had no idea anyone actually bought into it the idea the Patriots made it foggy at Gillette until now. And let’s not kid ourselves. Julio Jones is being Alex Jones here. We can put zero stock in his little caveats about “it didn’t affect me” and “it didn’t affect us” because why even bring it up? That’s just the way you say “I’m not making excuses, but …” just before you start listing your excuses. In the words of Ned Stark, “Everything before the words ‘It’s crazy though’ are bullshit.”  If you truly believe it wasn’t a factor and you get asked about it, you just say “The weather had nothing to do with it. We didn’t play well enough. Next question.” You don’t start bringing up the end zone Militia unless you think the end zone Militia caused the fog. These guys: 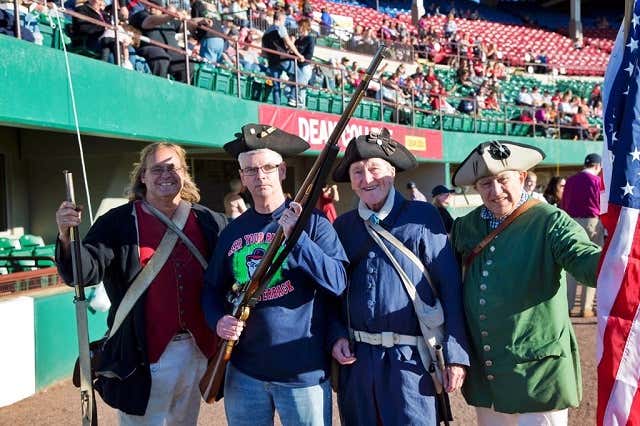 Trust me, I say this not as a knock on Julio Jones in particular. I’m a fan. He can run routes for my team anytime. But you know he believes the Patriots helped cause that fog and he is not alone. Because Belichick Derangement Syndrome is real, and many otherwise rational people fall under its power influence. John Harbaugh thought The Hooded One controlled the Gillette scoreboard down-and-distance marker when Billy Cundiff wasn’t ready to kick a potential game-tying field goal in the AFC title game. Tony Dungy was convinced they bugged his locker room. Mike Tomlin thought he could jam helmet radios with the Patriots radio call of the game. The Seahawks searched the hills above their practice field in Arizona for Patriots spies. ESPN the Magazine accused them of angling the billboard outside the stadium so they could watch replays from their sidelines. Hell, the world still thinks they taped the Rams Super Bowl walk through in 2002. And on and on.

Given all that, is the idea that Belichick would deploy an army of middle-aged history buffs in period costumes to cause a weather event with their half dozen vintage black powder rifles really so farfetched? And so I hope the word gets around to the whole league. Let them believe Belichick had a massive weather machine hidden in the lighthouse with the fog-making power of a million Spirit Halloween stores, just waiting to be unleashed the next time he’s trying to protect a lead. Because as long as they keep chasing ghosts like they’ve always done, they’re that much less likely to actually figure out how to actually outcoach him.