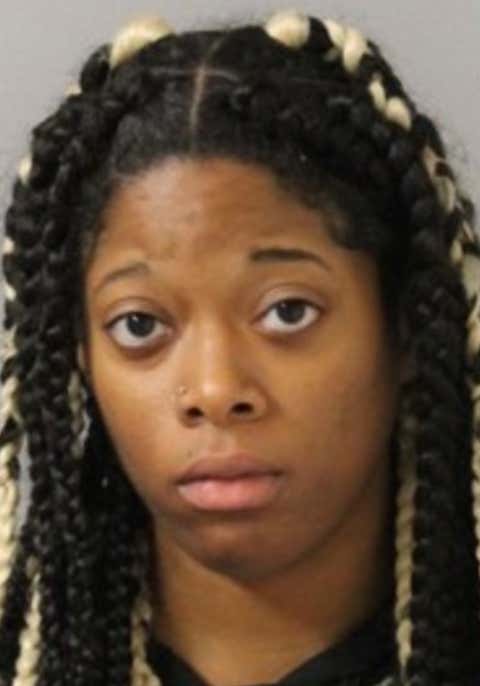 NASHVILLE, Tenn. (WZTV) - A woman says she learned the water she’s been drinking is from the toilet and now her residence hall roommate will have to explain.

The victim says she lost weight and her appetite and couldn’t figure out why. That’s when she claims she learned via Snapchat that her roommate, Tierni Williams, had been dumping water from the toilet into her water bottles.

According to an affidavit, video shows Williams getting liquid from the toilet with a styrofoam cup, then transferring it into water bottles on her roommate’s side of the dorm. Williams reportedly narrates during the video, laughing and using expletives while stating her roommate is “gonna get sick from this” and it’s “nasty.”

Everybody’s got their nightmare freshman year roommate story.  Mine was a South Korean kid whose first move was to hang a gigantic South Korean flag that stretched from literally one corner of the room to the other along the front wall.  That part wasn’t that bad – that flag is pretty dope if we’re being honest, and I was totally down for expanding my cultural horizons a little bit.  Only qualm I had with it was that was where my closet was located, so I had to like pull it back, step underneath it and basically be shrouded in it as I tried to find my jeans.  No biggie.  Much worse was the fact he loved school, I mean LOVED school, and took 8:30 AM classes every day of the week, which wouldn’t be a huge deal, but unfortunately he was also a big fan of his hair, and would blow dry his hair for about 25 minutes every single morning in the mirror about 16 inches from my sleeping head.  In his free time he brought what I can only assume was the Korean Student Union into the room to play Fifa.  I’m talking 13, 14 kids crammed in a freshman dorm room, sitting on my chair, my desk, my bed.  All super nice guys, and I don’t think they ever even knew they were being rude, however coming back from class to find 4 people I didn’t know sitting Indian style on top of my pillows was troublesome.  In between games they cooked ethnic meals in the microwave which – while delicious! – my nose didn’t personally agree with and left all my clothing with a strong odor of samgak-gimbap (which, for the uninitiated, is tuna, seaweed, vinegar and kimchi).

Oh and one time I came back early from poker night and walked in on him literally butt naked in the middle of the room jerking off into a sock.  Almost forgot that one.

My point is we’ve all been there.  We all have our own personal trials and tribulations with randomly assigned freshman year roommates.  So you drank poopy water for a few months because your roommate was refilling your Swell from the toilet, so what.  Deal with it.  E Coli and salmonella and petty disagreements are all part of the growing up process.