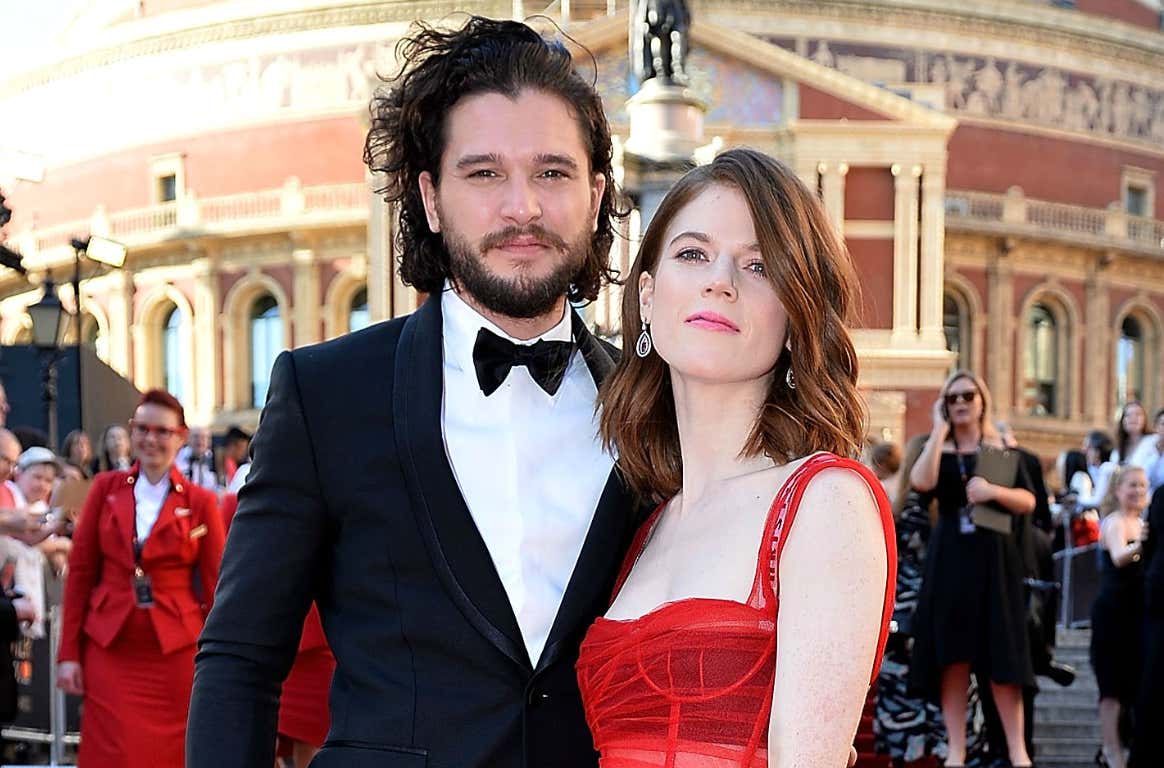 Mashable- If you happen to be Kit Harington, what’s the most embarrassing outfit you could wear to a Halloween party? Well, there are probably a whole bunch of possibilities, but there’s one costume idea in particular that blows all the others out of the water — and it’s something Harington actually has dressed up as. Harington shared all the glorious details in a recent interview with Heat magazine, BuzzFeed reports. According to everyone’s favourite White Walker-slayer, the costume was for a “bad taste” themed party — and the idea for it came from Harington’s fiancée and former Game of Thrones co-star, Rose Leslie. “She pulled out a Jon Snow costume, and Rose just whispered in my ear, ‘I won’t love you if you don’t wear it… You should do it,'” said Harrington. That’s right: a Jon Snow costume. And just to make things that little bit more perfect, the costume was apparently one of those all-in-one jobs you get from a Halloween shop. “It was really embarrassing,” Harington continued. “The people bringing around canapés were looking at me, thinking: ‘You’re sad, man! You’ve come to a party dressed as your character.'”

This should be a bright red flag for Kit Harrington. BRIGHT red flag. I’m not talking about your ordinary flag size either. I’m talking a red flag the size of the ones they roll out at football games that cover the whole field. This is Rose Leslie not-so-subtly saying to Kit, “I’m not attracted to you. I’m attracted to Jon Snow. I want you to be Jon Snow all the time. Not that loser Kit Harrington.” I actually understand what she’s saying. Jon Snow is a hero who fearlessly fights battles like a total badass, is King in the North and wears awesome fur coats. Kit Harrington can’t hold a candle to Jon Snow. Not even close.

That’s a PROBLEM. Like I said above, Jon Snow is a badass. It doesn’t matter how tall or short Jon Snow is cause the other awesome things about him outweigh his shortcomings. Not Kit Harrington though. Kit Harrington is a 5’8″ artsy fartsy actor whose feet don’t touch the ground when he sits on the couch. 5’8″ Kit Harrington isn’t handing out orgasms in the bedroom. Badass Jon Snow is handing out orgasms left and right. So you know what Kit Harrington should do? Just become Jon Snow full time. He basically is already. Everyone will look at him was Jon Snow for the rest of his life. It is a career-defining role and he will always be known for it. Why not take it one step further and become Jon Snow in his relationship? If it means he gets to continue to be in a relationship with Rose Leslie and continues to get to have sex with her then he’d be stupid not to do it.