Through five games Thompson is on pace to do something only three other running backs have done in NFL history: Carry the ball 100 times and surpass 1,000 yards receiving.

Thompson has been Washington’s main offensive weapon in 2017, replacing DeSean Jackson as their big-play target — but in a different way. The bulk of Thompson’s success has been turning screen passes into long gains. That’s what he did Sunday in a win over San Francisco, catching four passes for 105 yards.

I’ve long been the biggest CT25 fan on Earth. Love everything about him. Kinda want to marry him but I’m not sure we’re ready for that long term commitment yet but that’s fine, we’ll take it slow. Anyway, I’ve pumped his tires quite a bit this season, and for good reason- he’s on a historic pace for running backs. Thompson is on the cusp of joining a guy named Marshall Faulk (ever heard of him?) and becoming the first guy in nearly 20 years to have 100 carries and 1,000 receiving yards. And I think he’ll get there. Thompson has to be the best receiving back in the league at this point. Every time he touches the ball he’s a threat to score. It helps the Skins have a great, athletic offensive line that can run down the field and lay the lumber, but Thompson’s shiftiness and elusiveness put him on his own planet.

I wish the Skins used him more, to be honest. When he’s not in the backfield, put him in the slot. He demands attention when he’s on the field. He knows how to get open. They’ve put him at WR a little, but more snaps the better for him if they want to keep giving Perine a bunch of carries. Plus, he works better outside the tackles anyway. Basically, the more talent on the field at any given time the better, and Thompson is the most talented player on the squad. It’s a no brainer.

And shout out to everyone who took him in their Fantasy draft. Without a doubt the biggest late round steal of the year, no question about it.

PS: I love this picture. It looks like Chris Thompson killed him. Dude lookin like Adam C Best out there. 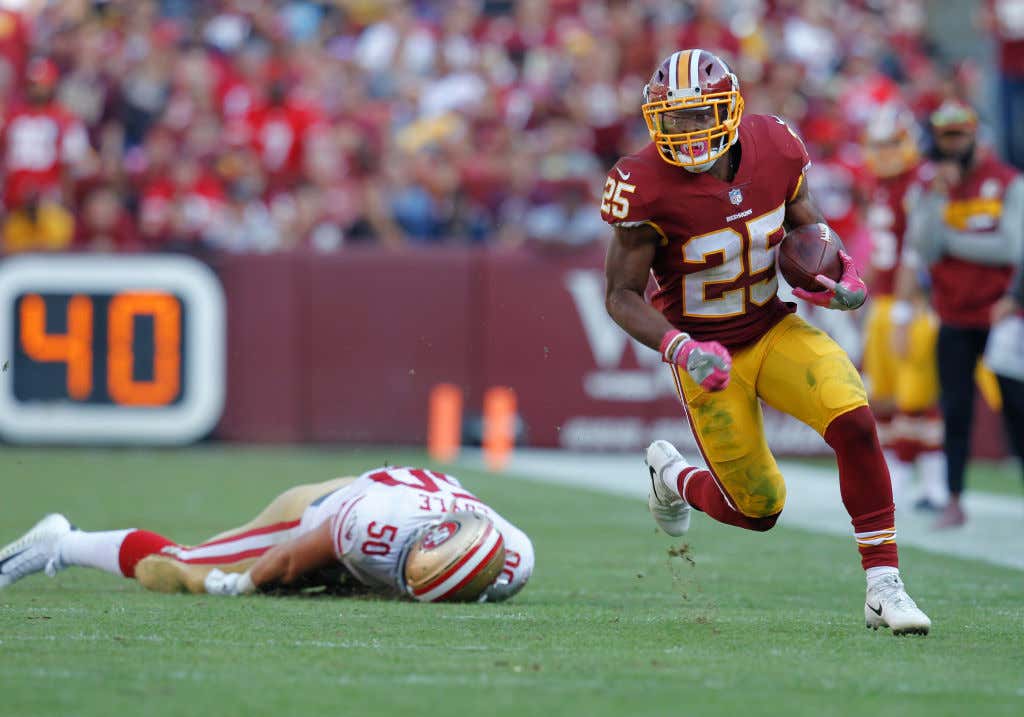