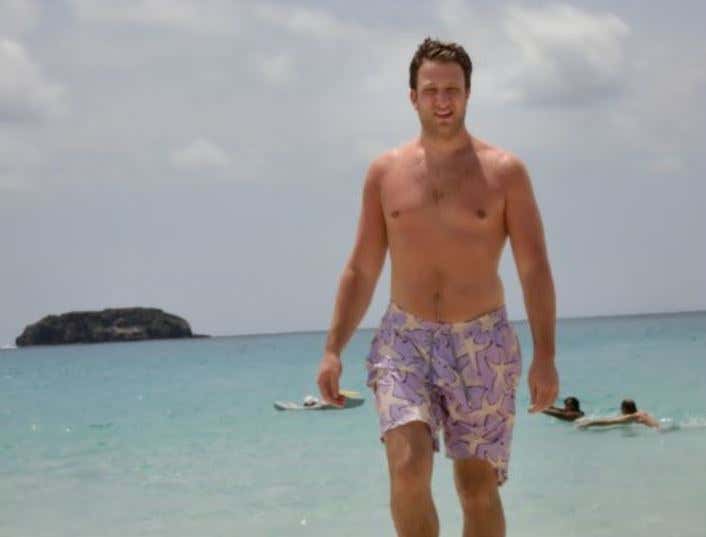 To quote my good friend Jake Paul….It’s every damn day bro. Another day and another controversy. This time Sam Ponder is in our assholes because she’s mad about our show on ESPN 2. The whispers are that a few ESPN employees felt they deserved a show before us and she is doing her best to get it cancelled before it begins. Just a bananas move for employees of the company we just partnered with to try to sabotage their own product but I guess that’s the difference between us and them and why we may be so successful. Barstool is like a family and we all row together with a common goal. Clearly ESPN employees don’t care about putting their executives in horrific unwinnable situations.

Well let me start by saying even though I hate Sam Ponder I do respect a good grudge and apparently she was holding onto this one from 3 years ago just waiting for the exact right moment to explode on us. She has every right to be mad at us. Hell if somebody talked shit about me I’d probably hate them too. She picked last night as her moment. To catch you up she was mad about a blog she thought Big Cat wrote but Feits and I wrote 3 years ago in response to this tweet she made about the Ray Rice situation.

IE –  “If you post pictures of pretty girls on your website with their consent than you also condone domestic abuse” It’s an absolutely idiotic take and in my opinion by far the most offensive thing of this entire debacle.

She also claimed Big Cat called her a slut in a rundown. Again she was wrong. It was me who offhandedly called her slut during a Barstool Pick Em Podcast from 3 years ago. In hindsight I wish I just called her a jerk so she couldn’t use this against us, but it’s vintage Barstool and that’s the problem we’re running into it.   (Fast forward to the 6 minute mark to hear a very funny rant that has everybody’s panties in a bunch.)

Listen I’ve said a million things in the past about a million people. I use words like pussy, cunt, asshole, dickhead, cock interchangeably and freely.  I’ve used them for the better part of a decade referring to every race, creed, religion gender etc. I haven’t chosen my words carefully. I make fun of KFC’s kids as quickly as I make fun of Sam Ponder’s kids.  I wrote a comedy blog about bringing back the word cunt that people are now freaking out about.  (Countdown to when Sara Spain tweets that I called her a cunt once and ignores the fact I was playing off the joke of that blog)I haven’t cared what anybody thought about me. So anybody who has a problem with Barstool will very easily be able to go back through our 15 year catalog of blogs/videos/podcasts and find things they deem offensive. The bigger we get the more conflicts like these we will have. Especially as the world continues to spiral towards a PC culture.

So now what do I do? Am I becoming a liability for Barstool as we try to become a household name? Do I now have to retire for the good of Barstool? I built this thing brick by brick. I built it by outworking and outblogging the entire internet. By being blunt, honest and holding nothing back. We built a massive platform that allowed myself and guys like KFC, Big Cat, PFT, Jenna Marbles etc to become massive stars. Nothing was given to Barstool. We earned every click every eyeball we’ve ever gotten. But now I’m turning into a PR nightmare for those not familiar with me or the brand.  I’ve become a target for those jealous of our success.  I’ve never cared about being famous and in front of the camera. I’ve only cared about building a business and getting stinky rich. We’re knocking on that doorstep and one could argue I’ve become our biggest liability because I can’t turn the other cheek.  I physically can’t run from controversy.  I run towards it.  It’s my nature.  So it’s time for deep reflection. Is it time for me to hang up the cleats and move on?  To take myself out of the equation?  Would that help us or ruin us?  Like I don’t think Howard Stern could have risen to the points he did in today’s climate with everybody constantly looking for things to be mad about. Time for deep reflection indeed.