Sources are a fickle bitch. There are a bunch of Twitter guys that have reliable scoops for days like Bob McKenzie, Ken Rosenthal, Adam Schefter, and the mythical Woj. They’re the crème de la crème, if you will. You’d be hard-pressed to find them make a mistake, but shit happens.

A glaring example of this is the time our friend Uncle Chaps duped the internet into believing Olivier Vernon signed with the Jacksonville Jaguars a couple years back. Now everyone knows Olivier is  on the New York Giants now, but Chaps still achieved his goal.

No one is right 100% of the time, except this man. Sean Avery. Yes, that Sean Avery. 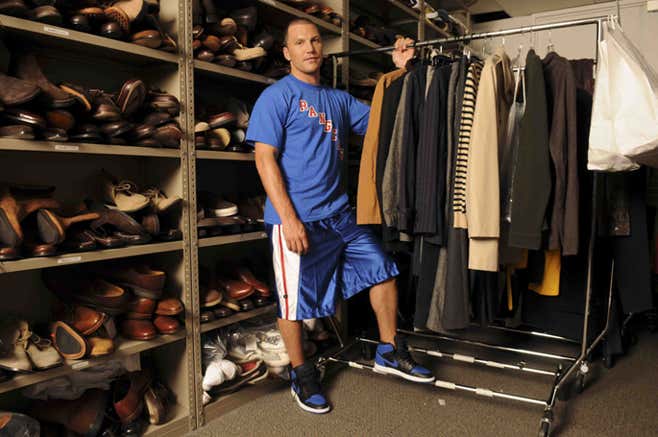 I’ve been watching the Sopranos and this is exactly what Skip Lipari must have felt whenever Big Pussy would give him incriminating information on Tony. Validation running through your bones.

Sean Avery is a guy that’s played with the likes of Steve Yzerman, Nicklas Lidstrom, Brendan Shanahan, and Jaromir Jagr. Hockey Legends. All of them combined have 2,377 goals, 3,789 assists, and 5,569 games played on Henrik Lundqvist, but you know what they don’t have on Henrik? Dick size. That’s what. And we’re not talking about an inch or 2 here, we’re talking a considerable margin. Like in the realm of 3-4 inches. God Bless.

They can enjoy their Stanley Cups, Hart Trophies, and Conn Smythes. I’ll take solace in knowing Henrik is packing more heat than those losers. A King WITH a crown indeed.