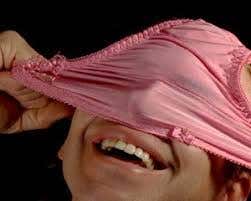 LIMERICK, Maine (NEWS CENTER) — Women’s underwear has been disappearing from homes in Limerick for two weeks.

The spree began on September 30 when police answered complaints about stolen underwear at three homes. Police said their investigation was stalled until a woman called on Saturday to report a Peeping Tom looking into her window.

A teenage boy who lives in the neighborhood caught the attention of deputies from the York County Sheriff’s Office. Under questioning, deputies said the boy admitted not only to peeking into window but also to multiple break-ins to steal underwear.

Deputies said the boy led them into the woods to show them where he had hidden almost 70 items of underwear in various stashes. Most of the underwear was identified by their owners. 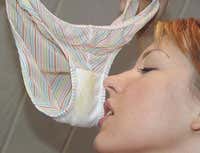 Classic case of loving panties. I’ve seen it a thousand times. Hell, I’ve lived it. I grew up in the south and wanting to experience the pleasures of a woman’s vagina was frowned upon until one was married. You couldn’t just up and give someone the business. You had to pray about it and make sure they were the one. You had to get married in order to get the honey pot (euphemism for vagina). The rules were the rules so I respected them.

“Hey Chaps. Does that mean you didnt jerk off? That shit’ll eventually come out in a dream if you arent careful.”

Buddy,,, of course not. I was beatin off all over the joint. If I hadnt been dripping in lotion, I would have been rubbed absolutely raw. I’m saying all this because I understand where this young stoolie is coming from. I too have walked in a Victoria’s Secret outlet store at the outlet mall and thought, “whoa. Need to jerk it in them panties. What is that? Brazilian cut? EXOTIC!” but the panties at the outlet store have the sensor on them. The entire joint will hear the beeping of the alarms at the door. Not good. So, you do what any red-blooded American make would do; you hop a couple of fences, commit some breaking and enterings, and steal those panties. When the cops come calling, you tell them where to find the panties.

“Wear gloves,” you say to the police. “Those have been used.”