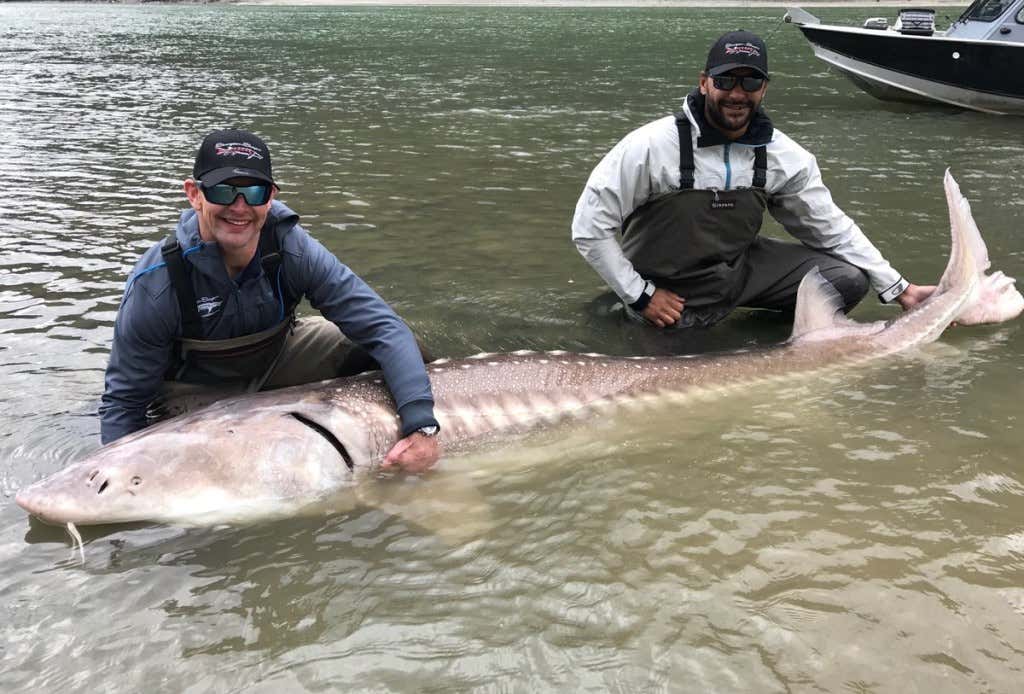 BarDown – Dustin Byfuglien and Matt Hendricks, who are both out with undisclosed injuries, went out to the same river along with the Sturgeon Slayers, a luxury fishing company that takes its customers on fishing trips to remote locations.

Byfuglien and Hendricks caught a massive fish, which is fitting considering Byfuglien is one of the biggest players in the NHL. It’s illegal to keep sturgeon after they’ve been caught since they’re registered as a threatened, protected species. They’re nicknamed dinosaurs as they’ve survived two ice ages and have been around for over 65 million years, with some being measured at 12-feet and over 1000-lbs, with a life expectancy around 200 years. 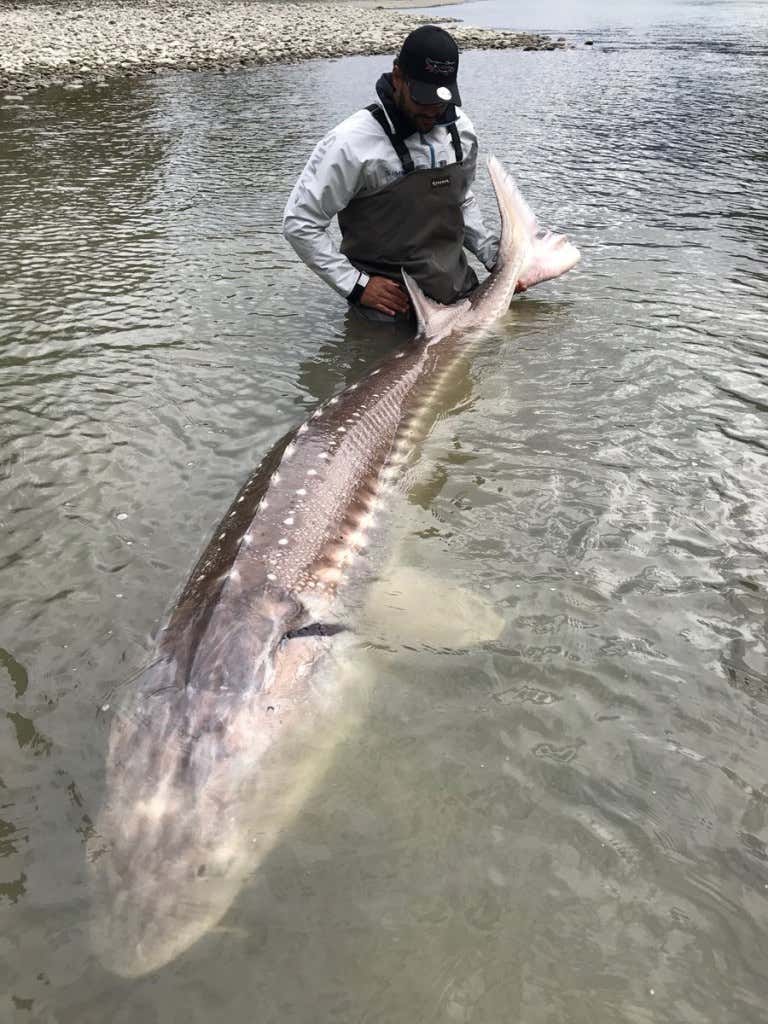 Pretty sure YP just creamed himself after seeing this photo.

This is the type of fish you only ever see at the end of an episode of River Monsters. Which, not to get too far off point here, is probably the best show to watch a marathon of if you have absolutely nothing else going on during your day. You throw River Monsters on for 12 straight hours on a Sunday and I’m parking my ass on the couch and watching 24 episodes straight. Might take some intermittent naps at some point throughout the marathon but I’m not changing the channel once. Jeremy Wade is a legend.

Now that we’re talking about River Monsters, I wouldn’t hate if Dustin Byfuglien got his own spinoff version of the show. Just throw Dusty Buff out there with a different NHLer every week, have them take a few clappers in the driveway before they head out to the river, have them gassing a few beers on the boat and then hauling in sturgeons the size of Chara at the end. Bring in some guys who actually fish like Dion Phaneuf on some weeks. Then bring in the little fellas like Johnny Gaudreau and watch them struggle on other weeks. I’d watch the shit out of that show.