Pro Wrestling Sheet has learned Jimmy Jacobs is no longer working at WWE and the final straw seems to have been a picture he recently took with Bullet Club outside of Raw.

Sources say the backstage producer made his exit last week, but we’ve been unable to confirm if he was released or not. We are told, however, that there was major heat on Jimmy for posting an Instagram picture of himself meeting with BC while they filmed Being the Elite last month (seen below).

As we previously reported, WWE officials were much angrier than anybody expected after Bullet Club’s “invasion” and it lead to them sending The Young Bucks a legal letter. A rep for WWE had no comment.

After sending the Young Bucks a cease a desist over their “invasion” of Monday Night RAW, the WWE has fired writer Jimmy Jacobs over taking a picture with the Bullet Club, some of his best friends, during said invasion.

While this is bullshit on the surface, the rumors going around are that this was more of a “straw that broke the camel’s back” thing. He’d been annoying or pissing off higher ups for a while, and taking pictures like this with other contracted wrestlers has been a no-no in the past. Kevin Owens took one with Adam Cole months before he was signed, where the Ring of Honor Championship was visible, and it mysteriously disappeared hours after being posted. 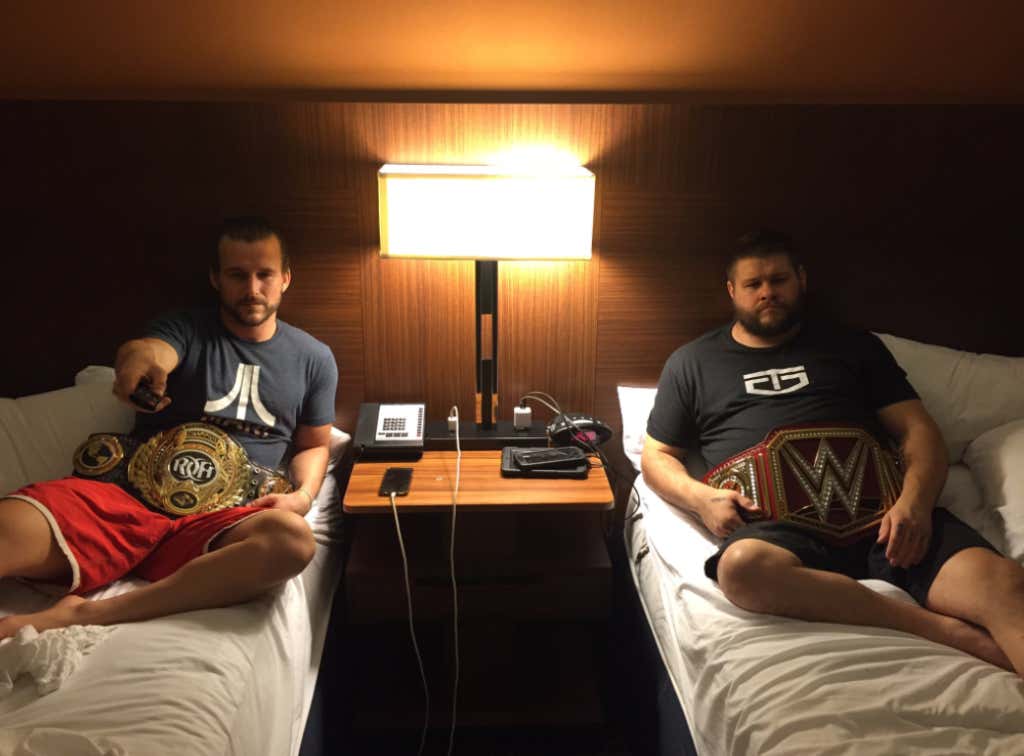 I don’t know what the play is for Jacobs is now, but Ring of Honor and New Japan Pro Wrestling should both be making offers to him as soon as possible. He’s a brilliant mind for the business, and a great promo. He may be interested in wrestling, he may not, regardless, he’d be a great mouthpiece for the unrepresented members of the Bullet Club. And hey, ROH is in Chicago this weekend. I don’t know if he has a no compete clause like wrestlers do, but if he doesn’t, that’d elicit a GIANT response from the crowd.

Throwback to Jacobs being a lunatic: