USA Today - Scientists working in and around Yellowstone National Park say that the supervolcano sitting under the tourist attraction may blow sooner than thought, an eruption that could wipe out life on the planet.

About 630,000 years ago, National Geographic reported, a powerful eruption shook the region and created the Yellowstone caldera, a bowl 40 miles wide that forms much of the park.

Perhaps ominously, according the ZME Science website, the previous eruption occurred in about the same timeframe before that — 1.3 million years ago — meaning that the system might be ready for another explosion.

The researchers, The New York Times reported, have determined that the supervolcano has the ability to spew more than 1,000 cubic kilometers of rock and ash — 2,500 times more material than erupted from Mount St. Helens in 1980 — an event that could blanket most of the United States in ash and possibly plunge the Earth into a volcanic winter.

“It’s shocking how little time is required to take a volcanic system from being quiet and sitting there to the edge of an eruption,” Shamloo told The Times, cautioning that more research is necessary before definite conclusions can be drawn. 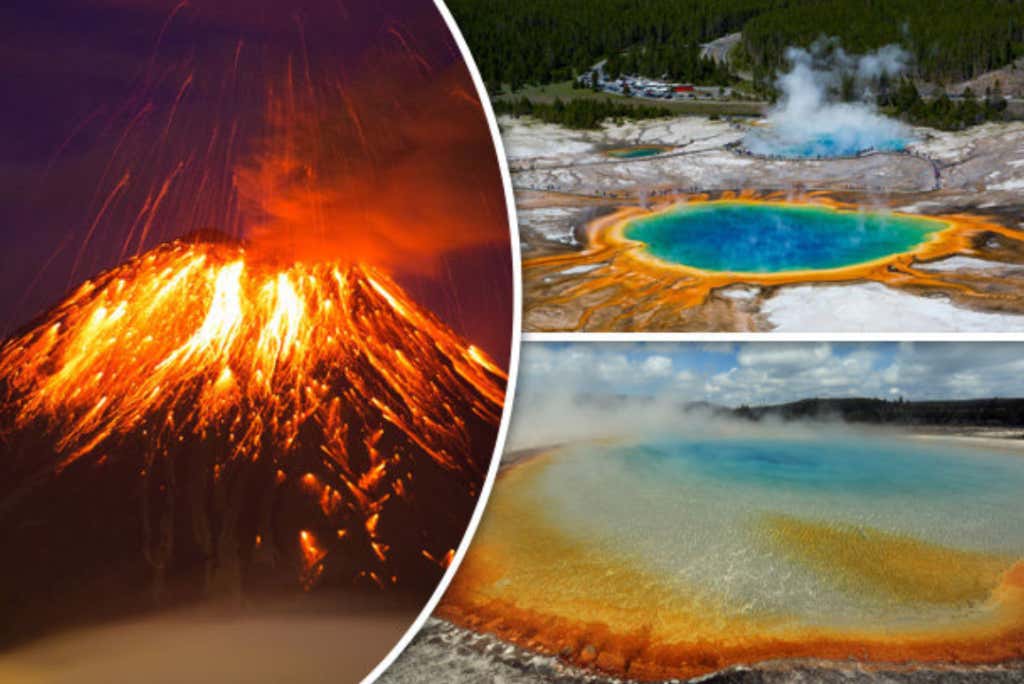 Let’s fucking gooooooooo! Do you think we could be so lucky? So many times we see stories like “asteroid the size of Texas is barreling towards Earth” or “in just 3 years, the Earth could face another plague and wipe out 75% of the population”. But yet here we are, still alive, still kicking. Waking up every day, tired, exhausted, and sore. We peel ourselves out of bed to go to work, slay the dragon, and return home after the sun sets only to do it again the next day. During the week you deal with dumb as rocks coworkers who bring disgusting smelly animals into work that everybody hates. On weekends you chase girls out of your league, spend way too much money at the bar, eat 9,000 calories a day, and develop a problematic gambling habit that started out “just for fun” and now has spiraled into a “will I eat tomorrow if the Raiders don’t cover +4.5″ situation.

So, here’s your chance, Yellowstone. Be a hero. Wipe out this civilization. Let’s do it like they do in Deep Impact. We’ll just take all the smart people, important people, and a random drawling of other people under a certain age and in a certain tax bracket, throw them in some underground caves, and let everyone else die or live as zombies above ground in an ash-covered world. We get rid of all the riff raff and Twitter eggs. All the hanger-oners and ugly folk. We’ll start over 10 years later and start all over again. Do it, Yellowstone. Please, do it!