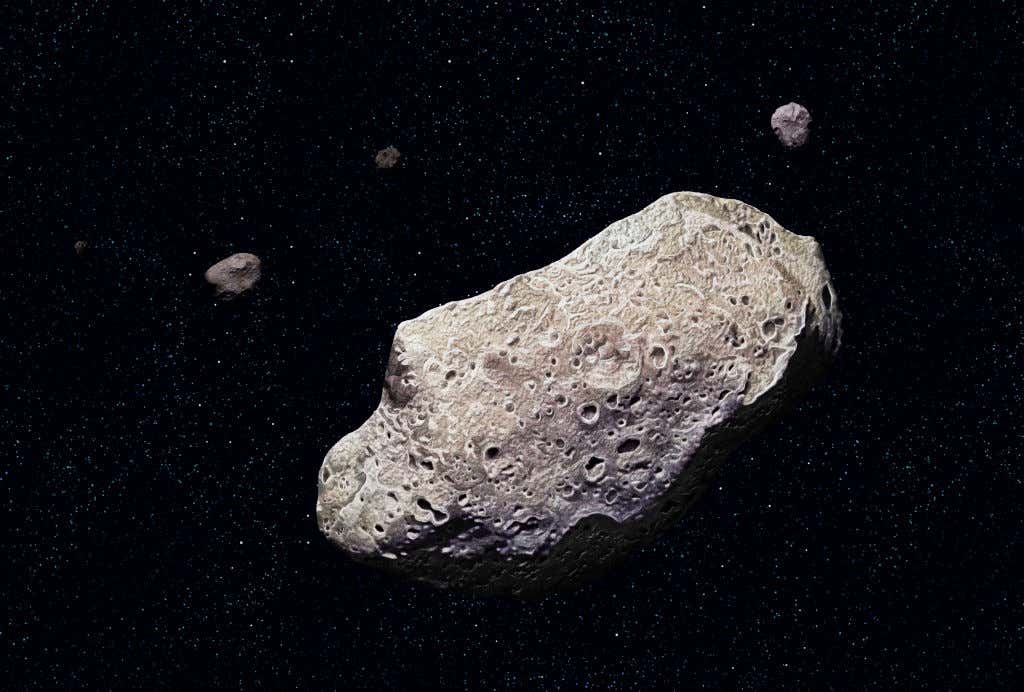 NY Post — An asteroid the size of a house will come “damn close” to Earth on Thursday, an expert said.

It is expected to start its flyby about 3 a.m. EST and pass about 27,000 miles from our atmosphere.

In planetary terms, the distance is a mere stone’s throw away — about one eighth that between the Earth and the Moon. It is just beyond the distance of our orbiting satellites.

Rolf Densing, head of the European Space Operations Center in Darmstadt, Germany, said: “It’s damn close. The farthest satellites are (22,369 miles) out, so this is indeed a close miss.”

So science found out like 3 months ago that an asteroid will barely miss earth tonight. Hubbs blogged it. A little concerning but whatever. Apparently house-sized is small enough that it can slip detection. It’s not a global killer. Science is pretty sure a global killer-sized rock would be detected years in advance.

This is where things get interesting. This rock is going to fly about 1/8th the distance away from earth as the moon, so we can try some shit. Turns out we’ve got some wild ideas.

The Telegraph — However it presents space agencies with a rare opportunity to test the planet’s space defences and wargame what they would do if a larger, more threatening asteroid was detected heading straight for Earth…

…if the agencies detected an object over 130ft approaching they would need to start thinking about deflecting the asteroid from Earth’s path.

To do this space agencies would fire a satellite into the asteroid in an attempt to shift its trajectory, in what is known as a “kinetic impactor” method. The asteroid would need to be hit when it was at least two years away to give it time alter its trajectory and clear Earth.

Mr Koschny said: “Yes we have the capability of hitting an asteroid or comet with a satellite. NASA have done that in 2004 with the ‘Deep Impact’ mission. The difficult thing is the aiming, the Deep Impact target was a comparably large object (a few km). But industry assures us that they could do the same for an object of 100 to 200 metres.”

Space defenses! Now this sounds like some sketchy shit. We’re just gonna shoot one of our satellites at an asteroid and hope we knock it off line? Yeah right. In your bra. If “presents space agencies with a rare opportunity to test the planet’s space defences and wargame what they would do” doesn’t mean we’re actually hitting this thing with a satellite tonight and seeing where it’s at in 2 years then I’ve got no faith in this “kinetic impactor” bullshit. I wanna know before it’s too late. The last thing I need is an unprepared NASA spotting a monster 3 or 4 years out and all the sudden we’ve got Elon Musk sending Bruce Willis and the crew up there in exchange for some tax breaks trying to save the world with not the slightest idea of if this shit works.

We did hit an asteroid with a satellite before but all Deep Impact did was crash into a comet and observe what came out of it. Bottom line, we better be conducting some serious ass tests while we got the chance. Some top secret type shit we don’t want the Russians and Chinese and Rocket Man to know about it. See, this is the shit I wish Trump would carelessly spill the beans about on twitter. The space shit. Secret missions to kill asteroids. Area 51. Aliens. At some point this fucking guy HAS to crack and drop some classified BOMBS about interesting shit only like 4 people know about, right? How has it taken this long? JFK, aliens? Give it to us Donnie. Give it to us.