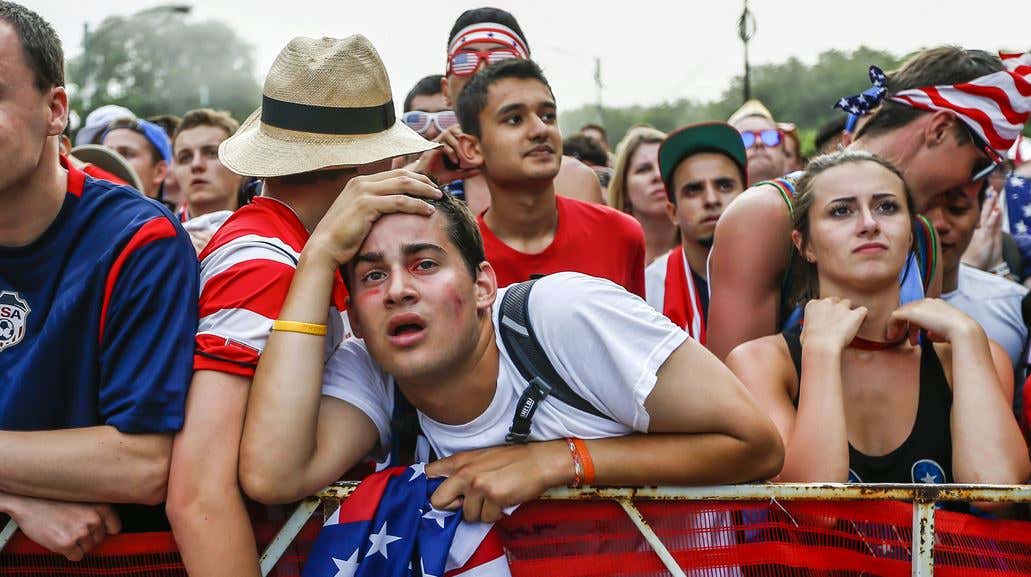 Listen I’m the first to admit I’m not a soccer guy. To be honest I didn’t even know the US Men’s team had a game last night until the internet exploded when they missed the World Cup. Apparently they lost to Trinidad and Tobago and now they didn’t qualify. That’s right one of the biggest and most powerful countries in the world with unlimited resources lost to a team that I could fit the entire country in my back pocket. It’s a national travesty. I mean forget players kneeling during the National anthem. Forget black lives matter. Forget Trump. Forget North Korea. This is BY FAR the most embarrassing thing to happen to America in a long long time. I’m sick and tired of soccer making a fool out of the United States. I’ve been hearing how the US is on the come up in soccer since the days of Tony Meola and it’s the same shit every year. And every year everybody makes excuses and blames it on the coaches or some other lame excuses. Hey newsflash. WE STINK AT SOCCER. Soccer is band camp in the United States. Its what kids who can’t play football, basketball, baseball, hockey and lacrosse play. That’s why we can’t beat a country of 20 people that just got electricity last week.  We shouldn’t even be competing if you ask me. I’m not saying ban soccer forever, but take 50 years off. Take all the money we spend on men’s soccer and give it to the women. They deserve it. They win. They are Americans. The men? If it was up to me we’d deport their assess.

PS – I saw tons of people chirping Fox Sports for paying 200 million for the World Cup saying it’s a waste of money now. Why? Even if the men qualified they’d just get bounced immediately anyway. There is no way Fox Sports bought the rights thinking the US would make a run. We stink. We always stink. People watch the World Cup regardless. Sure they will take a small hit because they’ll miss 2 or 3 US games but it won’t change things that much.