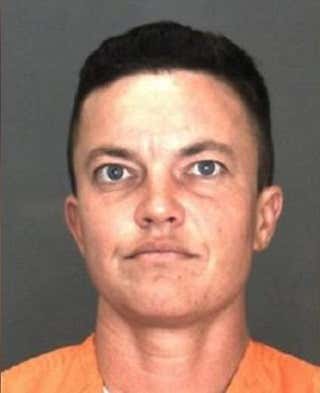 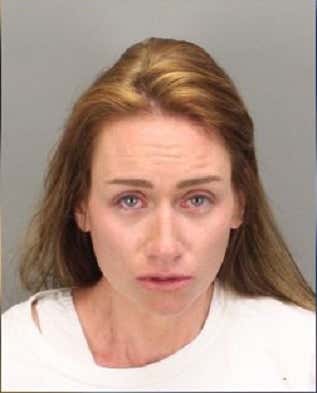 California – An English teacher at Beaumont High School has been jailed on accusations of sexual contact with one of her female students, the San Bernardino County Sheriff’s Department said; she’s the second teacher at the school to face sexual abuse allegations in the past two weeks.

Christina Jacobson, 37, was arrested Monday in the La Cañada Flintridge area on suspicion of oral copulation with a person under 18 years old and sexual penetration with a foreign object. …

Another Beaumont High English teacher, Samantha Lee Ciotta, 32, of Banning, on Sept. 20 was arrested on suspicion of having sex with a student. …

[T]he underage victim told detectives that the two had engaged in sexual activity for the past few months.

Investigators also learned that Ciotta, a teacher at Beaumont High School, and the victim had exchanged “inappropriate communications” through various messaging platforms. …

Ciotta was booked at the Larry D. Smith Correctional Facility for unlawful sexual intercourse with a minor and oral copulation with persons under the age of 18.

Way to go, Beaumont High. Every school in the country talks a good game about celebrating diversity. Beaumont backs it up. Whether it’s Christina Jacobson having lesbian sex with an underage student or Samantha Lee Ciotta having hetero sex with an underage student. Whether it’s Christina going down on a girl or Samantha going down on a boy. Penetration with a dildo or penetration with a penis. These two colleagues, working together at this fine institution of learning are living proof that Sex Scandal Teaching cuts across all boundaries of race, color, ethnicity or sexual orientation. That if there’s one aspect of life in America that we all share, it’s desire of our female educators to ruin their lives for some teenage sex. Coexist, Christina and Samantha. Coexist.

Moral Compass/Bad Judgment: Again I’m faced with the moral conundrum that I suffer any time there’s a girl involved in one of these. Combining them into one story helps that a little. Anyway, we’ve got oral times two. Intercourse. Inappropriate texts. More foreign objects that a wrestling heel hides in his trunks. If both victims were boys, I’m giving this an A. But just to ease my own conscience,
Grade: B

Intangibles: All this happening at one magnificent school at the same time.I can’t help but think that maybe, just maybe, Christina and Samantha were friends. Maybe even double dated. Regardless, Beaumont is officially Horndog High West.
Grade: B

Overall: C-. But that’s strictly a volume stat. Like the kind of career numbers that got Bert Blyleven into the Hall of Fame. Separately neither of these would rate a blog.