So last night, it was another edition of “60,000 Douchebags In One Place,” AKA a Yankees game. I feel like this postseason has been a coming out party for Yankees assholes and I’m finally getting the world to understand what I’ve been living for the last 32 years. Something Mets fans have been dealing with for eternity. Its guidos and Puerto Ricans and weasels all with terrible fades, unbuttoned jerseys, backwards hats, gold chains, and bad tattoos. They’re also like those pull string dolls with like 5 phrases on repeat. Pull the cord and they say “27 rings, bro!” “Earn your pinstripes!” “What time do the Mets play?” etc etc. So far, this postseason has been particularly special. Every single time the camera pans through the crowd, its an endless supply of assholes. Just a never ending parade of dickheads. A sweeping view of tens of thousands of stereotypes. My favorite was this guy last night: 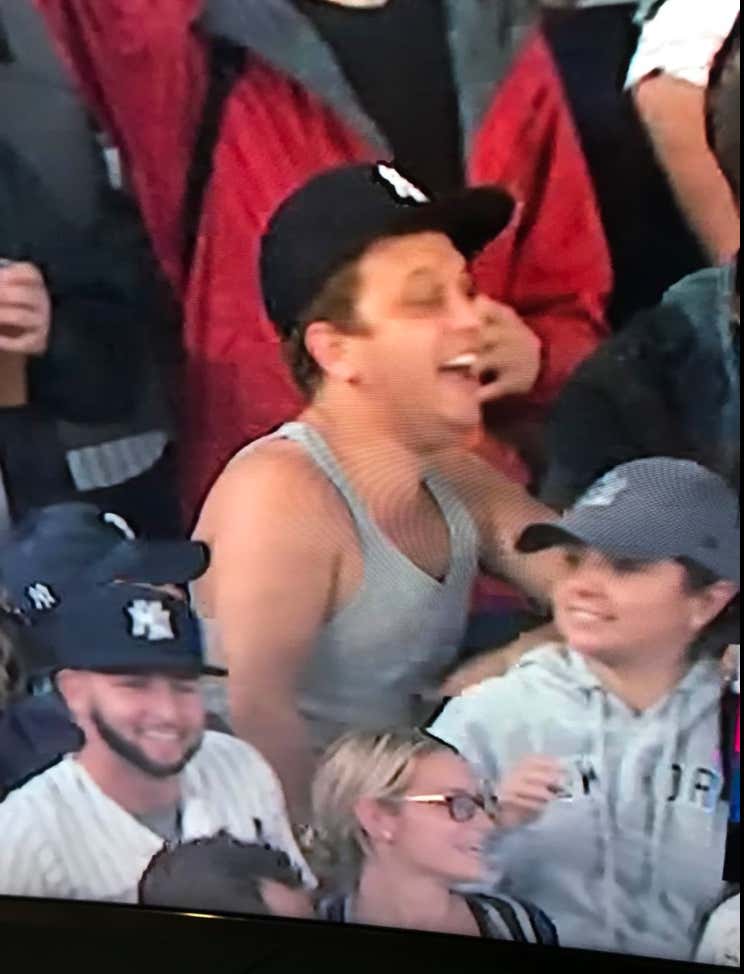 This guy legit looked like he rolled out of a dumpster and snuck into the stadium. Looks like he lives in a trash can, Oscar the Grouch style. Anyway, a lot of my followers joined in playing Where’s Waldo with the assholes in the crowd. This dude Sam tweeted me this guy:

And I called him Prison Mike: 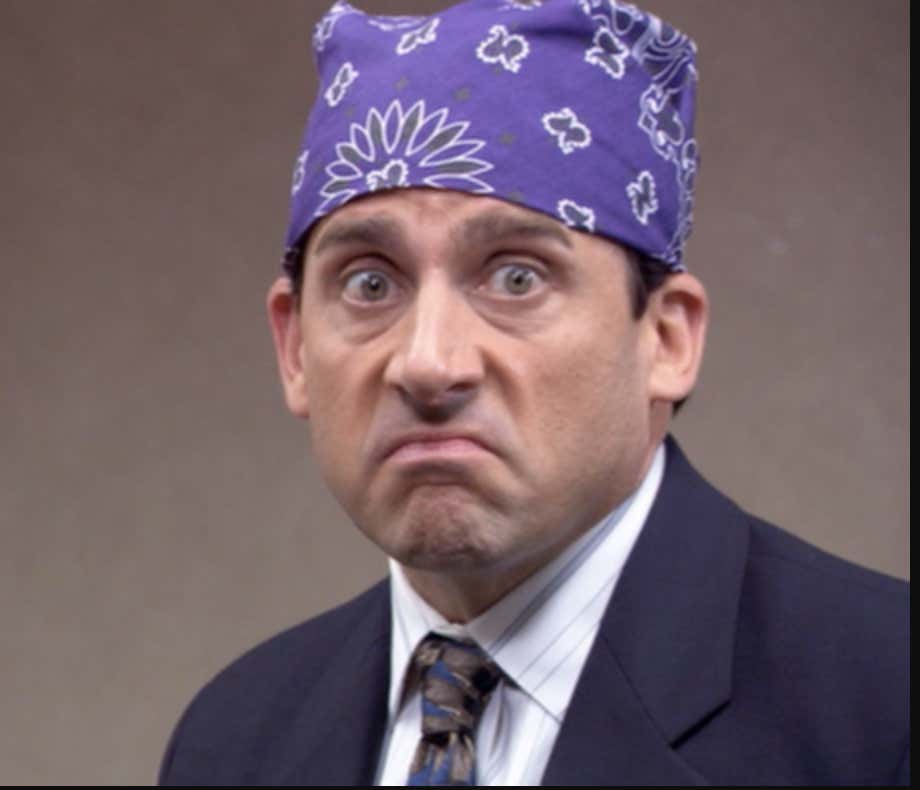 I just thought it was another gindaloon in the crowd. Welp, it turns out this guy is actually Michael Rapaport’s co host on Fantasy Follies. Tommy G. Technically, in a loose sense, we’re coworkers. And boy, oh boy, was Tommy G not happy. He went on a Twitter rampage that even Rico Bosco would call crazy. I tweeted back at him a couple times thinking we were gonna bust balls and maybe turn it into some content, and then I went to bed. Tommy G…did not.

At this point, I woke up. Keegan was crying. I was heating up a bottle for him. I changed his diaper. And then I started dealing with a child:

Lets put this all in perspective, folks. I called someone Prison Mike. He stayed up until SIX THIRTY IN THE MORNING tweeting about how hes a MAN and not a BITCH. Having a complete mental breakdown. That is insecurity on an astounding level. The irony of calling me a internet tough guy after spending literally all night long tweeting like he was going to be deployed into an actual war. Incredible.

And if you thought the tweets were outrageous, you gotta see the DMs. Now, full disclosure, I dont like posting DMs. Only other time I did that was Jamie Ogrady, because fuck that guy. Posting DMs is kind of a scumbag move. But, whatever. A) Dude spent all night calling me a bitch, 2) hes a Yankees fan and the Yankees are on the verge of completing this 0-2 comeback and I’ve very salty about it and D) you really need to read the DMs to understand just how much of a lunatic this cat is. 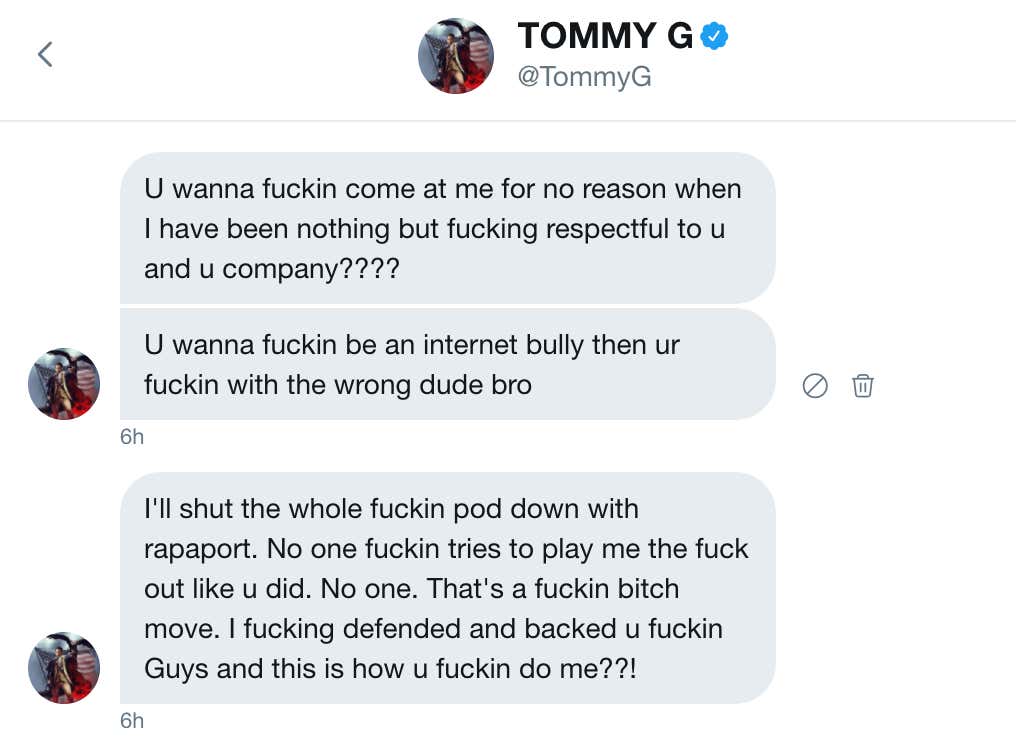 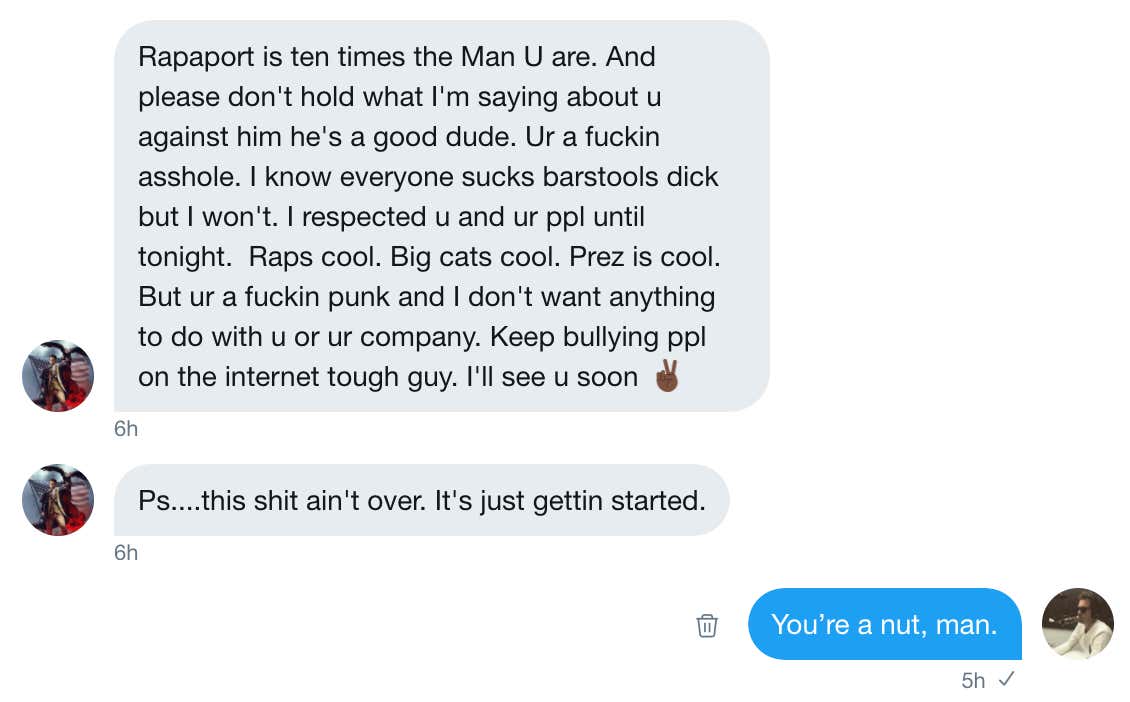 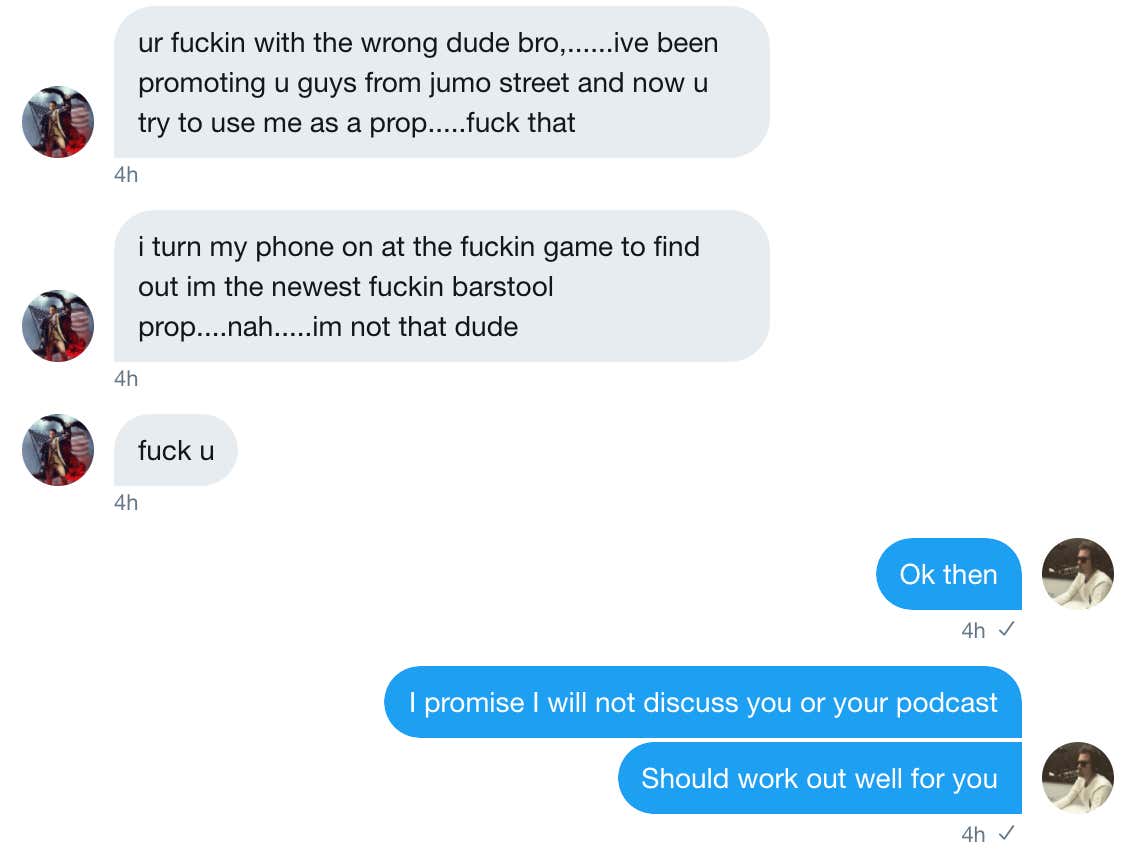 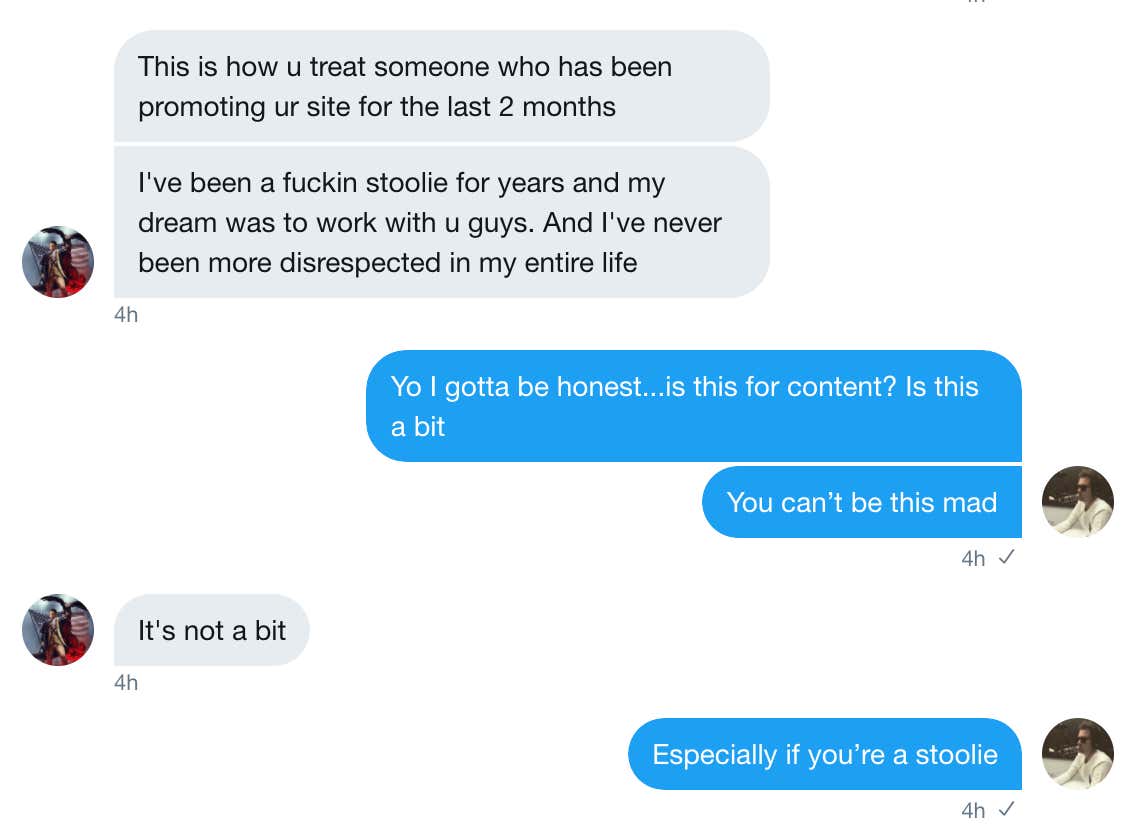 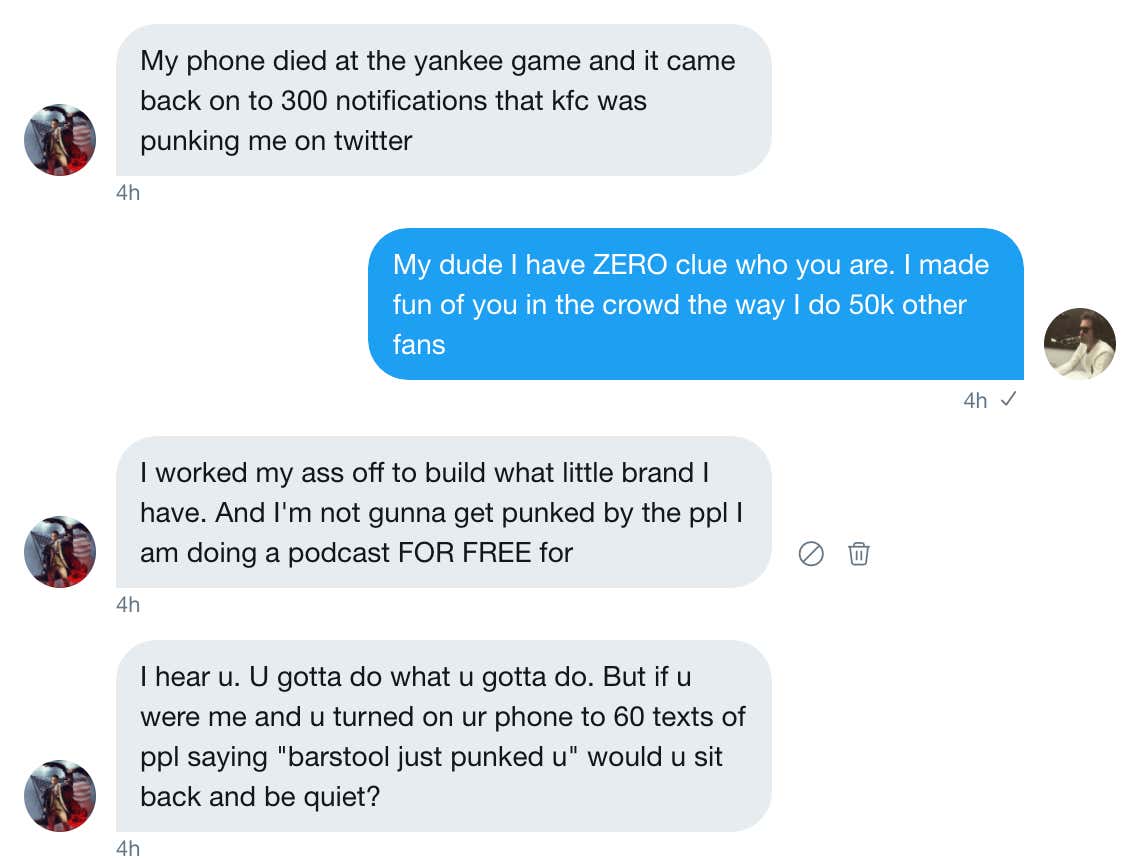 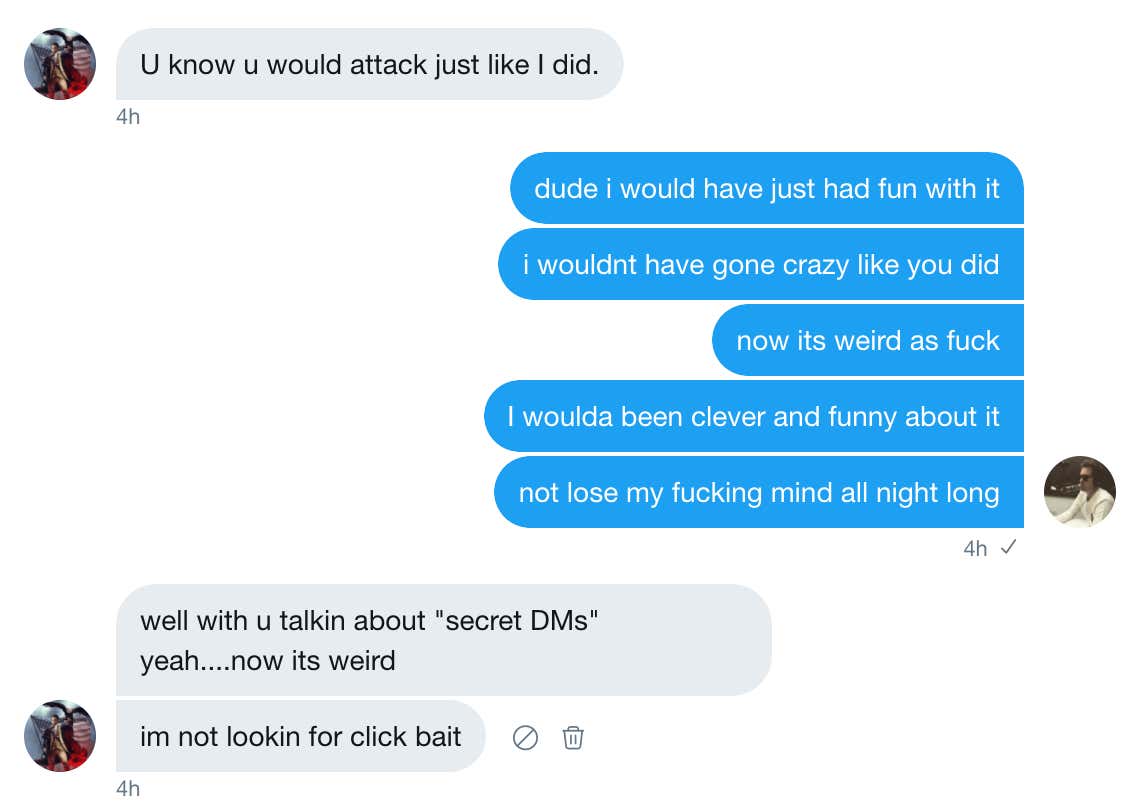 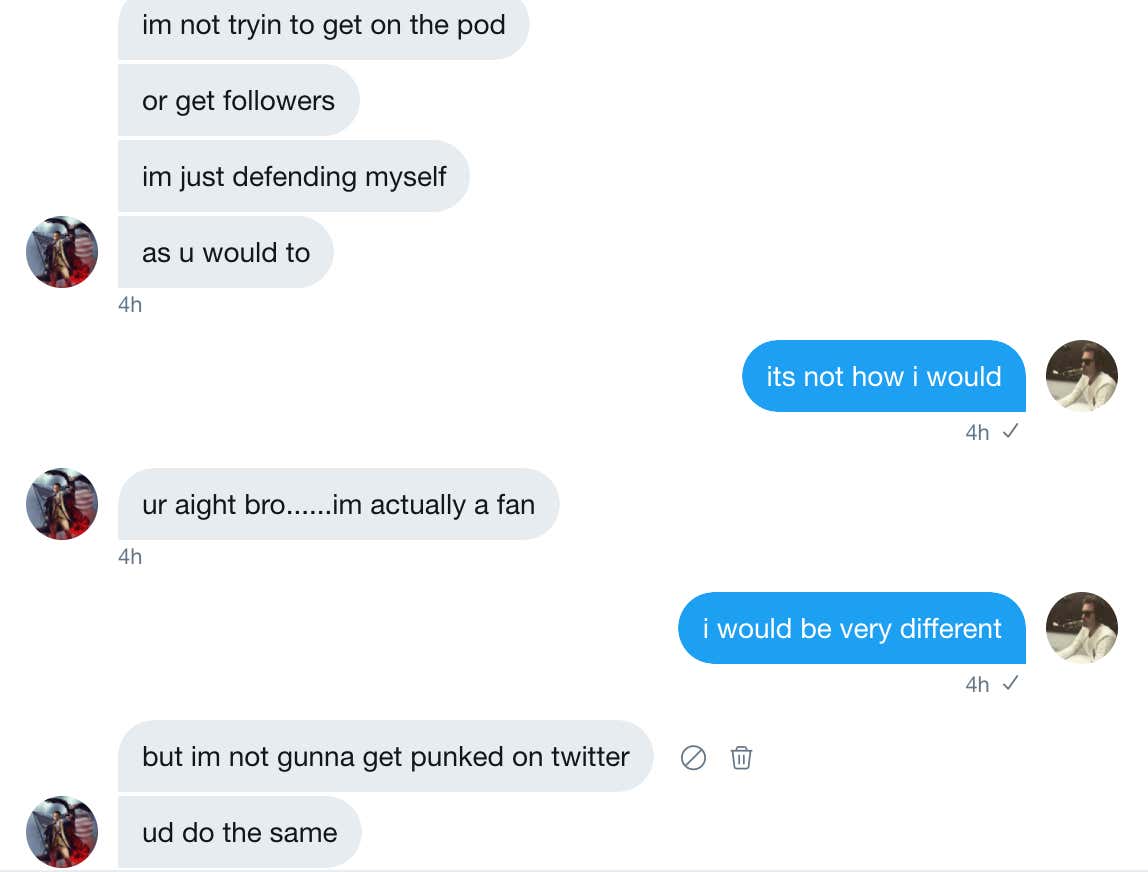 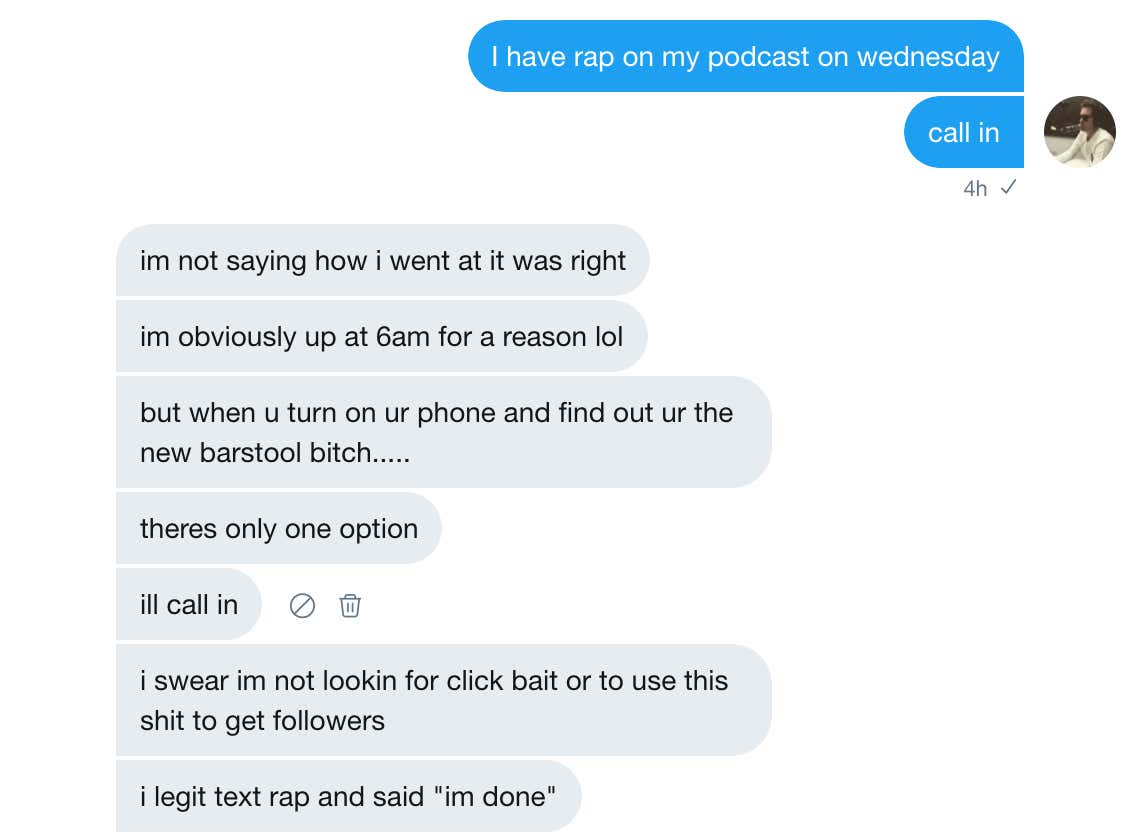 I got a legit question – is this the craziest person I’ve ever come across in all my internet travels? He makes Rico Bosco look sane. He makes Tiko Texas seem calm and cool. I genuinely, legitimately thought this was all a joke and we were going to make some content out of it. It took like 10 DMs before I realized he was serious.

And so here we are, Yankee fans. We’re at the end of our dance. I win. You lose. Because for about 2 decades straight I’ve been preaching about how Yankees fans are the biggest losers in all of sports. Preaching about the irony of being the winningest franchise in baseball with the biggest loser fan base in the game. And now we have all the evidence I need to proclaim me 100% correct. This guy…Tommy G…he is Yankee fandom. He is your ambassador. He represents you. Dressed like a goddam asshole, with the thinnest skin I’ve ever seen, and no brains or wit to talk the talk. Congratulations on the 27 rings. The future is bright and all that shit. But just know that the entire rest of the world thinks of Tommy G when they think of the Yankees and the Pinstripes.