I have some heavy *alleged* news folks. It appears our friendly DMV blogger Eric Nathan may have set events in motion that have lead to the *alleged* decline of one of the brightest stars we’ve seen in some time. I’m talking about Lana Rhoades folks. The Sultan of Twat, the Mike Trout of Putting Out, The Giannis Antetokounmpo of Attending to the Poophole. 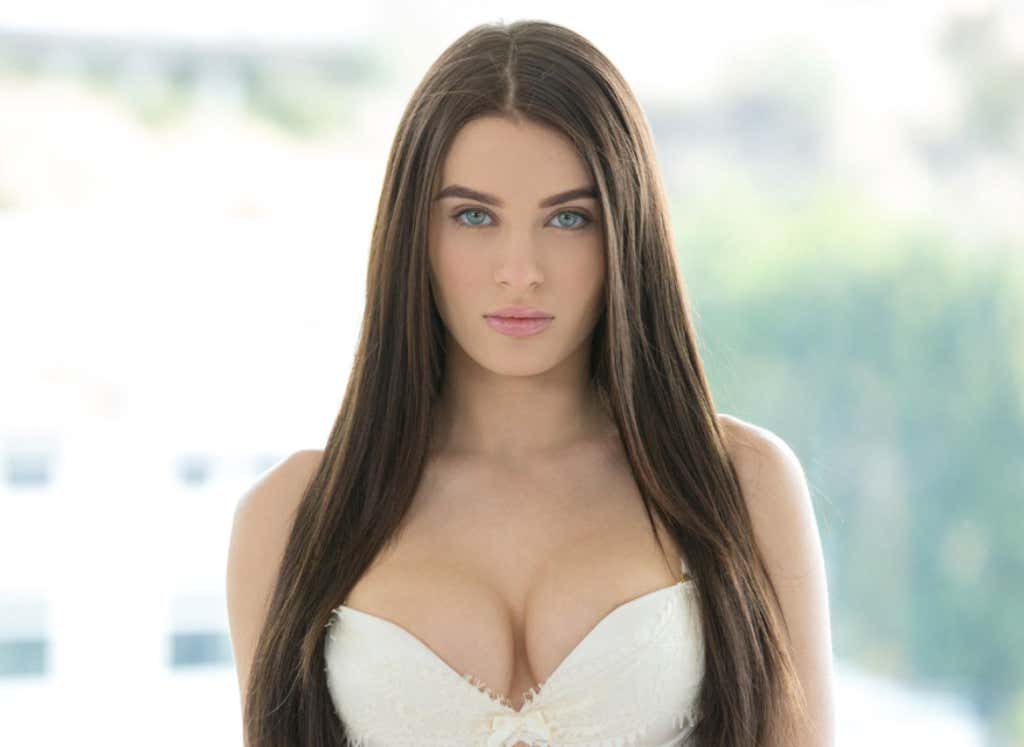 Now I may be biased, because I have actually spent some special time with Lana a few weeks ago, while interviewing her for KFCRadio. Due to a prior relationship and a potentially irrational fear of relationships with young women who have been filmed being urinated on, it just never worked out between us. However we still had a one-of-a-kind connection, and I looked forward to following my new friend on her potential Hall Of Fame career.

Now the other day, just before leaving the office, Mr. Nathan was gallivanting around in a mood that was too good for his usual demeanor. I knew he had done something he was happy with. I asked him what was up, and he replied that he had just finished a wonderful blog about Lana Rhoades. After informing him that Lana was a special friend of mine, he wanted me to know that he didn’t care at all. 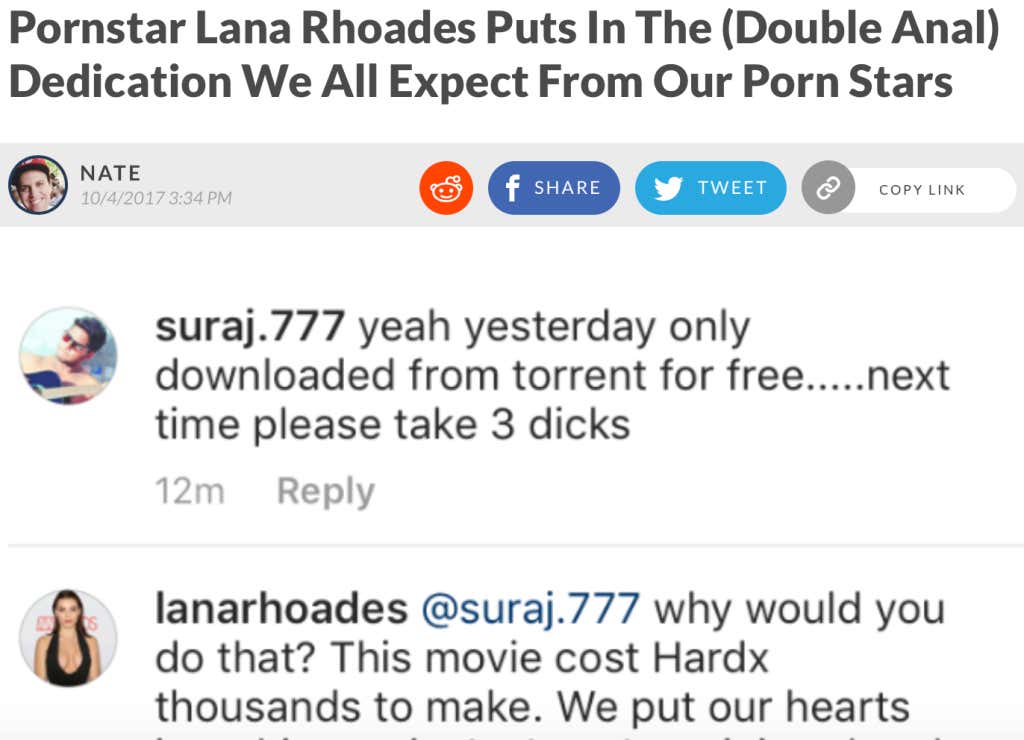 The blog went out and was well received. I tried to let it slide like water off a duck’s back. I told myself it was a harmless blog filled with many IJ’s, or Internet Jokes, as my friend Eric Nathan likes to refer to them as. Hell, PFT Commenter has taken over sports media while satirizing some of our nation’s finest athletes, why couldn’t Nate do the same? So I dropped the issue. But something felt off. It was reminiscent of someone getting bullied in Middle School and while you weren’t the one doing it, you didn’t stop it, making you complicit in the crime.

Similar to Donald Trump bridging the gap between politics and entertainment, 2017 has also birthed a generation of crossover stars in the skin game. Girls that are not just doing their shoots, but ones that have transformed into thought leaders, shaping our societal consciouses.

This open forum also opens them up to criticism much easier. Hateful comments or opinions that may have been kept in adult store back rooms 15 years ago are now bukkaked at them all day on social media. Things such as bloggers trivializing their pain and suffering for their own gain.

When I woke up on this dreary October morning in DISGUSTING Manhattan, I rolled over and looked at the various applications on my phone that allow me to keep up with the cyber world. And my DMs were aflood with bad news. Lana Rhoades, the McDavid of Dick, was involved in controversy and potentially in jail for assaulting another high upside prospect Adriana Chechik.

My mind was racing. It seemed as if she’d gone into a tailspin after not winning an award and attacked her co-star, undoubtedly due to her cracking after a weekend of laughs had at her expense. What had Nate done? Instead of being jealous of Lana’s heroism and taking the opportunity to turn an exceptional act of courage into a punchline, maybe he could have just stayed out of the way of pure determination and we wouldn’t have this situation on our hands. My thoughts are prayers are with Lana at this time and am sure her name will be cleared in the coming days. When you’re at the top, everyone is trying to knock you off the mountain. This may very well end up being a speedbump on the highway to the Hall of Fame for Lana, but if it is the beginning of a Derrick Rose type fall, we all know where to look.