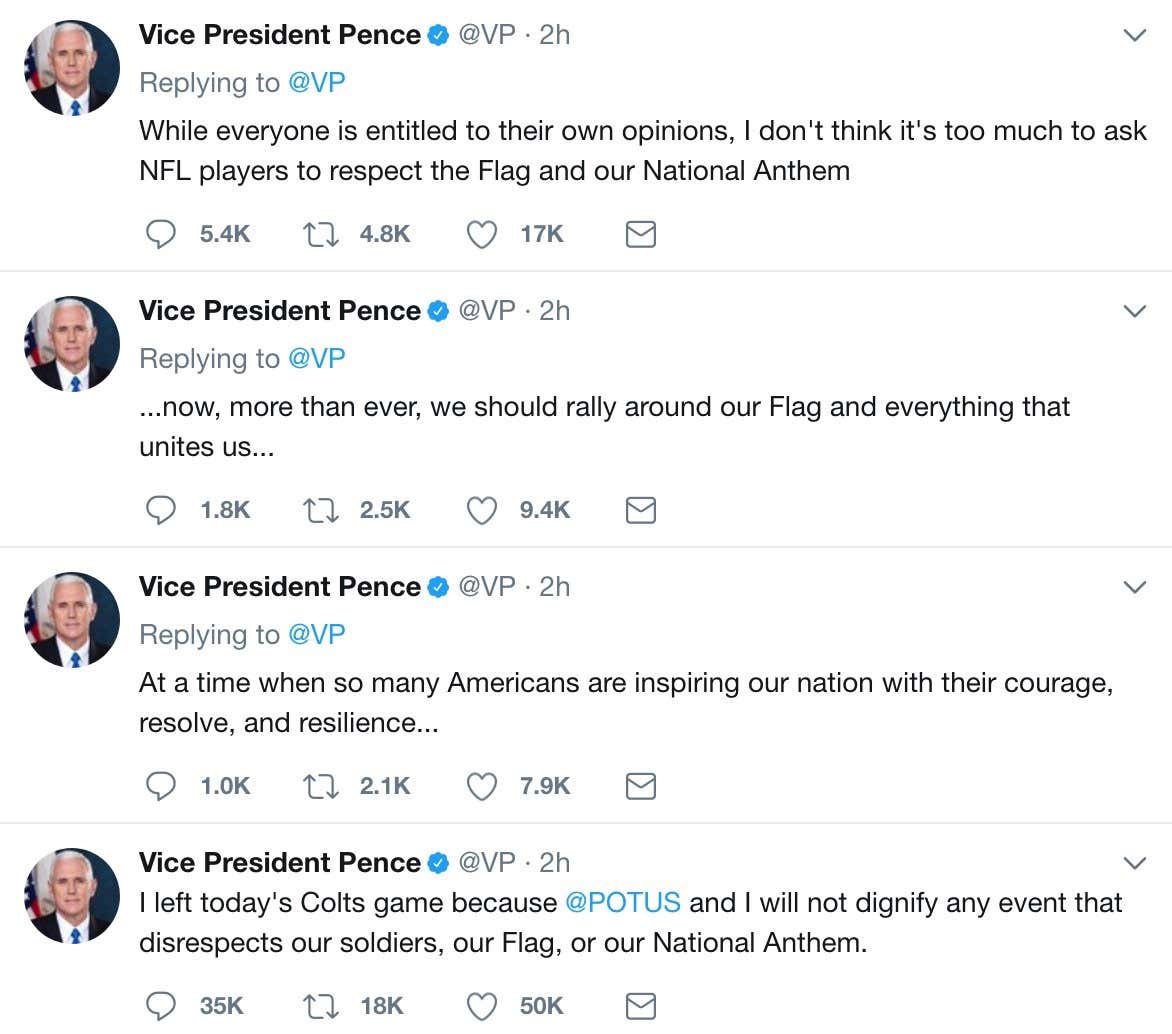 There’s one fight Trump and Pence clearly believe they’re winning and that fight is the kneeling one. They’re all in. Splashing the pot. Mike Pence absolutely went to the game today knowing somebody was going to kneel and knowing he was going to leave and tweet about it. If it took Brissett kneeling during garbage time in the 4th that motherfucker was leaving and tweeting about it.

There’s something to be said about commitment and this squad is committed to the kneeling fight, for better or worse.