NY TIMES – McDonald’s was skewered on social media by frustrated customers who had hoped to score some of its limited edition Szechuan sauce but were instead turned away and left empty-handed.

The lines were long. The sauce was scarce. It was a recipe for disappointment.

McDonald’s acknowledged in a statement Sunday evening that its “super-limited batch, though well-intentioned, clearly wasn’t near enough to meet that demand.” So, it said, Szechuan sauce will come back once more this winter — this time to more places, for more time. 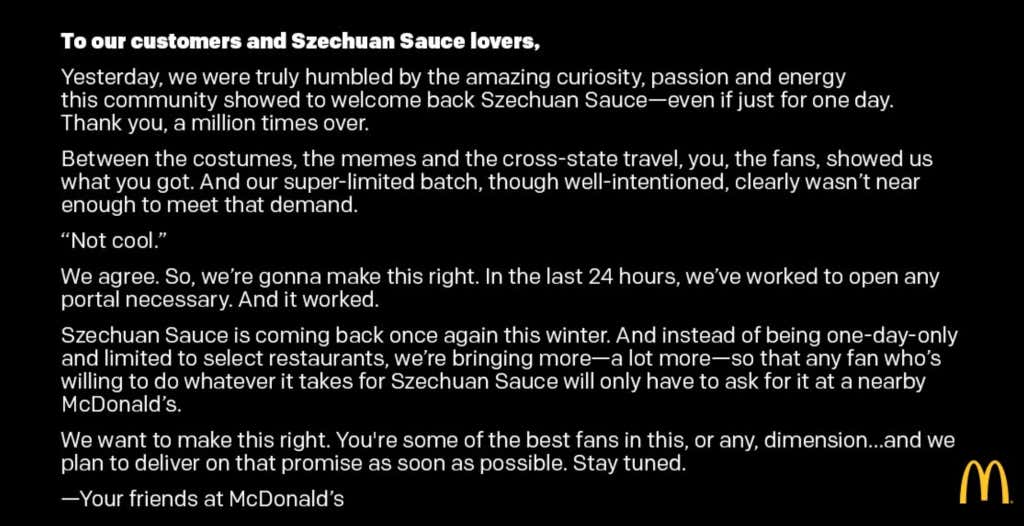 So I’ve never watched Rick and Morty.  But I know enough about it – I know it’s not just a “cartoon,” it’s one of those “smart cartoons” that you actually have to “get.”  It’s mature and deep “high comedy” with subtle scientific and philosophical themes that just happens to be in animated form.  Supposedly.

I also have heard that it has a subset of fans that think they are better than you and smarter than you in every single way with what has been called “insufferable ‘true fan’ pretension.'”  Fans who cyberbully the creators on Twitter and Reddit when they don’t like an episode, and who recently launched a harassment campaign against the writing staff for hiring a female writer.  Supposedly.

Again I haven’t watched yet, so this is all just from reading and hearing the word on the street.  I’ll check some episodes out soon.  All I know is what I saw on the internet this weekend, which happened to be nothing short of a full blown controversy bordering on a nationwide revolt:   McDonalds rolling out a “limited release” of its Szechuan Sauce – (debuted in 1998 during the Mulan release) – because of the cult movement after it was featured in a Rick and Morty episode.

The television show “Rick and Morty” has created a new generation of Szechuan sauce fans, some of whom signed a petition demanding that McDonald’s bring it back. The animated sci-fi series, which has pulled in big ratings to become Adult Swim’s top comedy, featured the sauce this year in Season 3. [NYT]

However that limited rollout was so “super limited” according to McDonalds that like….20 people got it.  There were lines stretched around entire cities to get the stuff, and they had maybe a handful to give out. 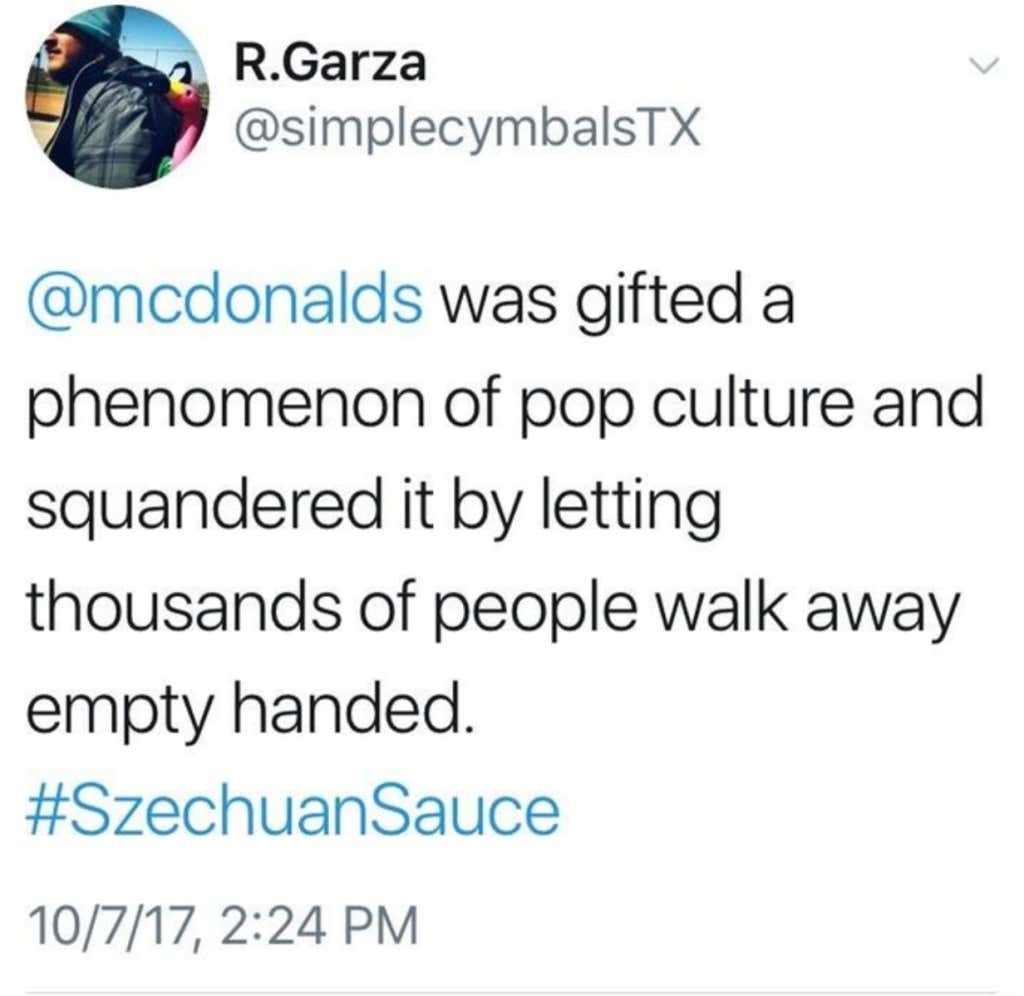 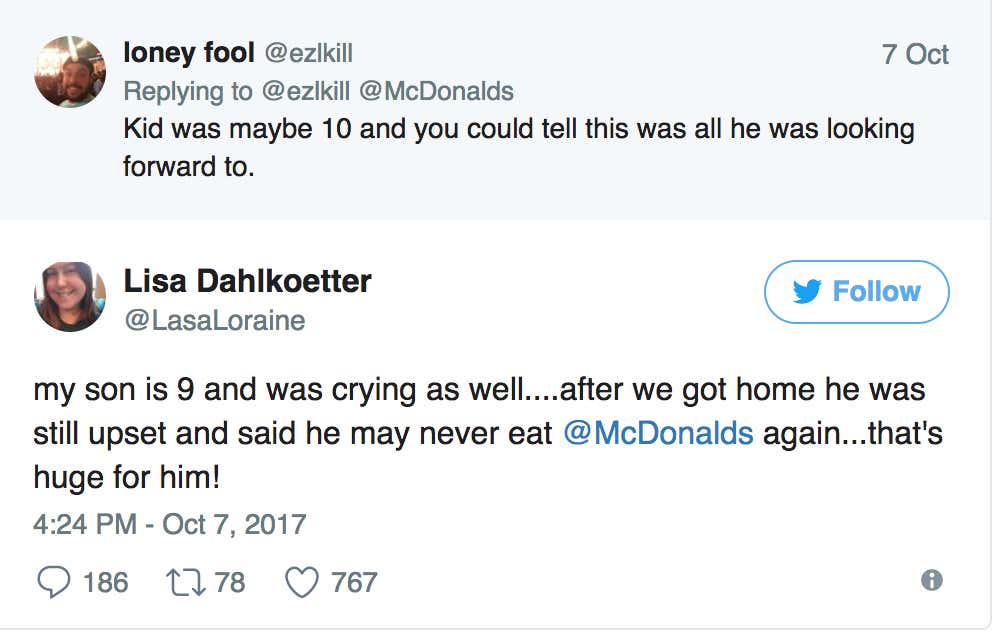 Jonathan Primus, 22, had tried to get it in Tallahassee, Fla., and said he was “really upset” when he learned the McDonald’s there had run out.

Mr. Primus, a fan of the show, had been visiting friends in Texas and drove back with a friend to Florida on Saturday, calculating a route that would place them in Tallahassee at precisely 2 p.m., the time that McDonald’s announced it would start giving the sauce away.

They arrived at 2 p.m., but it was too late: The restaurant had already run out.

“I kind of did a little bit of a yell of sorts,” he said. “It was a disappointing drive home.” [NYT]

Some people went straight to eBay and were selling this shit for hundreds of dollars:

Those must be the “smart” fans I was reading about.

Everyone else decided to just stick around and like, casually jump the counters and throw shit around and riot and stuff.  The usual response to a shortage of sauce packets at a fast food restaurant.  Super normal.  Not weird.

Hey guys I’m sorry about the lack of dipping sauce ruining your entire life – here’s a tip on how to make it at home to hold you over until it comes back.