But seriously. What a sick sick goal from James Neal last night. From his knee, falling away from the net, still manages to roof that son of a bitch and now James Neal becomes a trivia answer for the rest of eternity as the player who scored both goals in the Vegas Golden Knights franchise opening 2-1 win over the Stars. Not only was that a great moment for the Golden Knights but a great moment for a city who clearly needs something to cheer about this week.

There’s always this weird little crossover between tragedy and sports. Moments like Mike Piazza’s home run after 9/11. Moments like the Boston Red Sox going on to win the World Series after the Boston Marathon bombing. Sports always find a way to pick people, and cities, up when they need it the most. Only thing that could have made last night better was if it were a home game for Vegas (and also if they could have hit the over but that’s neither here nor there).

Right from the start you knew the night was going to be emotional after these pre-game tributes to Promise Hamilton, Dave Strader, and all the victims from the attack on Sunday night. 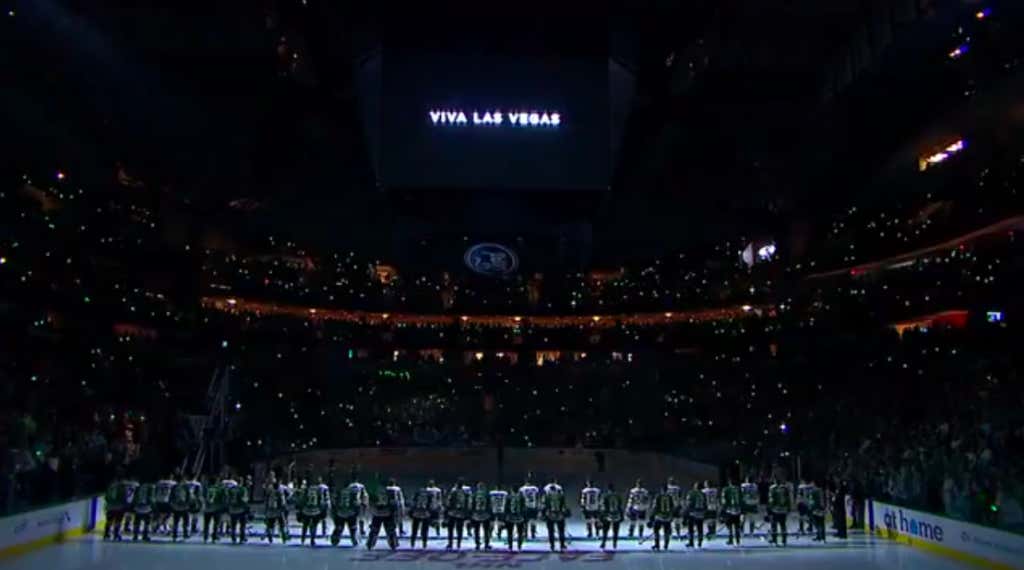 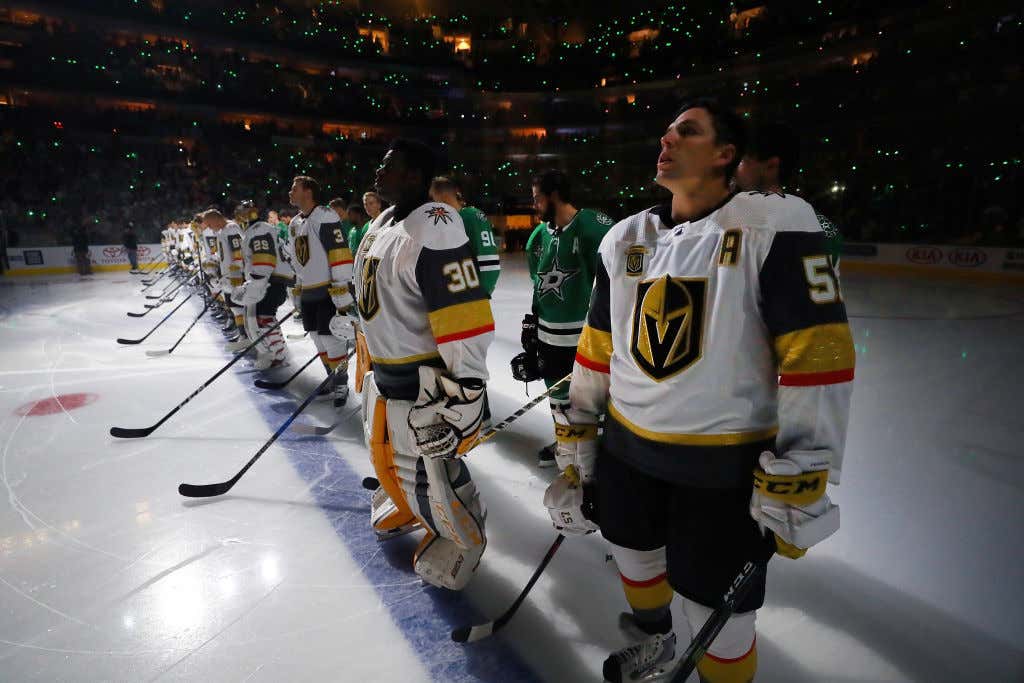 All time class move by the Stars here. Tough to find things to be happy about when it comes to tragedy but sports always find a way to help. And that’s what makes them great. James Neal went from a guy who spent most of his career kneeing people in the head, to a legend all in one night. That’s pretty awesome.

P.S. – And here’s the 1st goal in Vegas Golden Knights history. The era has officially begun.