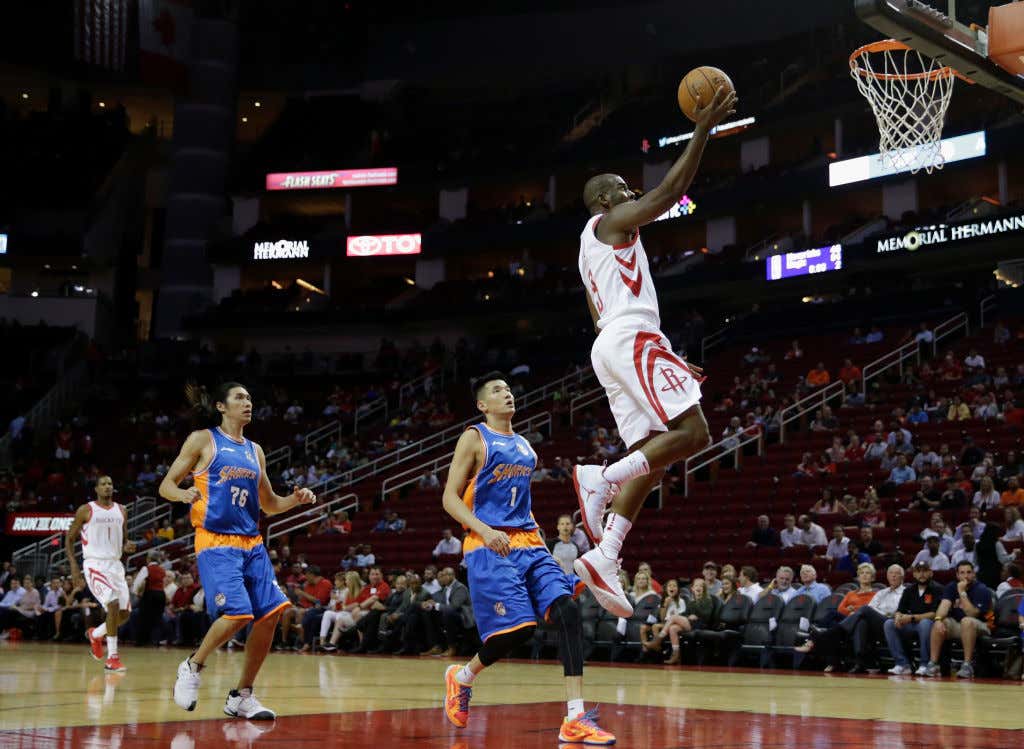 Welcome to Last Night In The NBA where we catch you up on everything you may have missed from the night before in the NBA. There were four games on the schedule Thursday night, so let’s get started!

Saver it Magic fans, this is what a win feels like! Lord knows you may not get many of these once the real games start, so appreciate it while you can. This win came down to solid performances from the Magic frontcourt as Godon and Vucevic had a combined 31 points on 12-23 shooting, and this was by far Gordon’s best overall game of the young preseason.

Gordon is another guy who is hoping to finally have a breakout year as he’ll be a RFA this summer, and I don’t think we’ve ever seen him used correctly in this NBA career. Is someone going to be silly enough to max him this summer? Should the Magic just extend him early if possible? Can he be a franchise cornerstone player? I’m not sure we even know yet.

For the Mavs, Dennis Smith Jr continues to just dunk everything

but he still continues to struggle shooting the ball, ending the night 4-13. This was sort of the story with every Mavs player, as they shot just 33/29% for the game and scored 89 points. It doesn’t matter if it’s a fake basketball game, an offensive performance like that is not going to get it done. I’m sure it didn’t help that Dirk, Harris, Barnes, Barea, and Matthews didn’t play, but at least Yogi continued to be solid (12/4/3). Mavs fans gotta love that.

Maybe I was underselling Brooklyn after all in their preview! Ok maybe not, but the Nets still weren’t half bad as they remain undefeated so far this preseason.

The key for Brooklyn is going to be their improvement on the defensive end, so holding a team, any NBA team really, to 88 points is a positive takeaway.

For the Heat, while this is humiliating and a loss I’m sure Pat Riley will make them feel in their next practice, they weren’t without their own highlight. For example, LOOK AT KELLY OLYNYK BABY

We also saw a solid 19/9 from Hassan Whiteside, a guy who definitely looks ready for the season

And you know, many people criticized the Heat for giving Tyler Johnson all that money, but he’s sneaky not that bad

A few days ago I had the headline “Holy Shit Houston” after they went out and hit about a billion threes. Someone left this comment

Well, JOSEPHSCHMOE, they must be stoolies and saw the comment, because they got DAMN close last night. They shot 60% from the field, and again were insane from behind the arc, going 22-52. I don’t care if this was another sad team from China, the Rockets look FANTASTIC in their first two games. Eight players in double figures, four players with at least three 3PM, the Rockets are going to break their own record for threes just watch

Sadly, that’s the only highlight from this game that I could find, but I swear the 144 points was real

Another team I’ve been impressed with so far this preseason is Portland. I would best describe them as solid, with the usual cast of characters leading the charge. I really think they are going to benefit from having Nurkic for an entire year

Dame led all Blazers with 16 points5 rebounds and 8 assists, so a pretty good all around performance

And I dunno if it’s just me, but it feels like with every preseason game, no matter who the teams are, there are random dudes going lights out from behind the arc. This game was no exception, did you know Anthony Morrow was still a thing? He is!

For the Raptors, Kyle Lowry continued to show he’s healthy and ready for a bounce back year after missing 22 games last year

The Raptors didn’t have DeRozen in this game, but they did have Delon Wright, who had this beautiful Euro step

But Raptors fans, it wasn’t all gravy. We need to have a talk. You’re nervous about Sertge Ibaka right? You have to be. He’s a total of 8-26 (2-17) this preseason, and he looks WASHED. Not the best look for Year 1 of his $65M extension. Also, the Raptors keep giving up triple digit points which isn’t very Raptors-like. They’re giving up nearly 106 a night through 3 games, that’s nearly 3 points higher than their total last year.

And that should have you caught up on everything that went down last night in the NBA. There are eight more games on tonight, so make sure to check back Saturday morning for anything you may have missed!