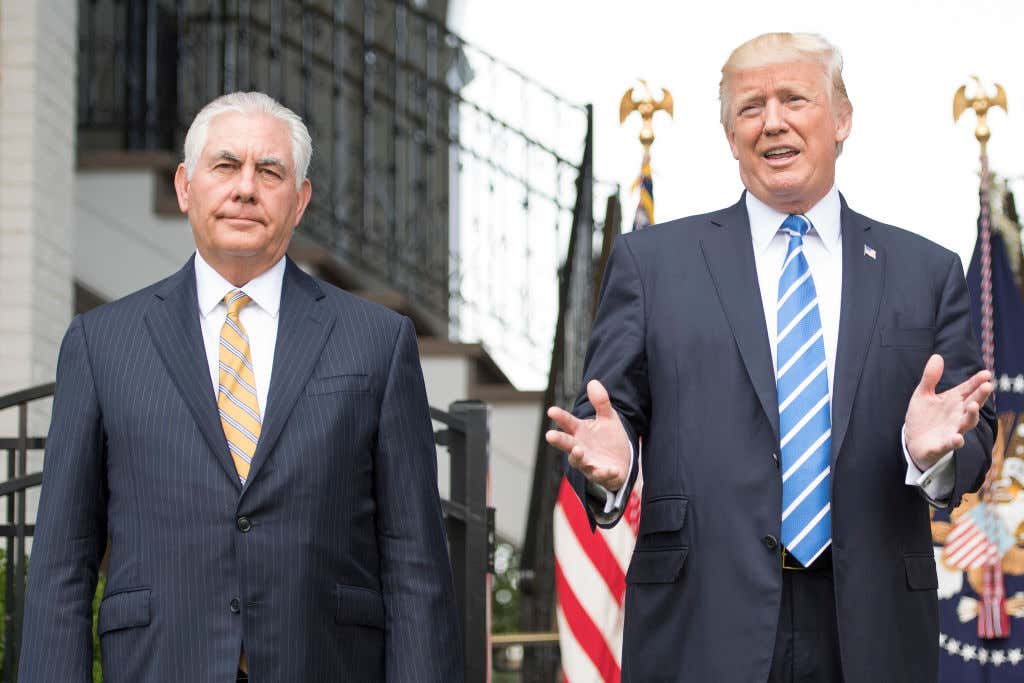 NBC News — Secretary of State Rex Tillerson was on the verge of resigning this past summer amid mounting policy disputes and clashes with the White House, according to multiple senior administration officials who were aware of the situation at the time.

The tensions came to a head around the time President Donald Trump delivered a politicized speech in late July to the Boy Scouts of America, an organization Tillerson once led, the officials said.

Just days earlier, Tillerson had openly disparaged the president, referring to him as a “moron,” after a July 20 meeting at the Pentagon with members of Trump’s national security team and Cabinet officials, according to three officials familiar with the incident.

Tillerson quickly called and delivered a short press conference in response to this story. A couple highlights:

Hasta la vista, Rexy. Smell ya later. You can get away with saying quite a lot in the Trump universe (see: grabbing chicks right by the pussy) but not here. Not this. You’re honestly better off job-security-wise accidentally setting off a nuke over the wrong Korea than making headlines for calling Trump a moron. Quickest reach for a pink slip I’ve ever seen. Actually, in reality, it won’t be quick. It won’t be immediately obvious. It’ll come in the form of weeks, months, perhaps years of tweets and subtweets. Trump would like to run a successful and efficient State Department, sure, but far more important than that he would like to politically and publicly torture Rex Tillerson for calling Trump a moron.

Perhaps the writing began to materialize this weekend.

It’s clearly only a matter of time from here. 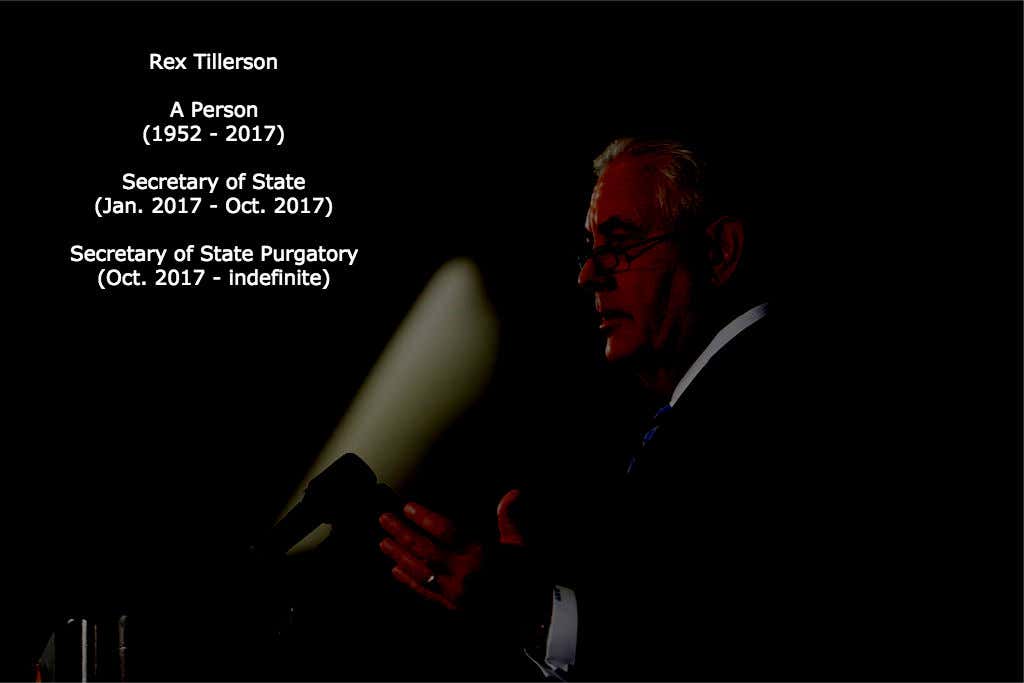