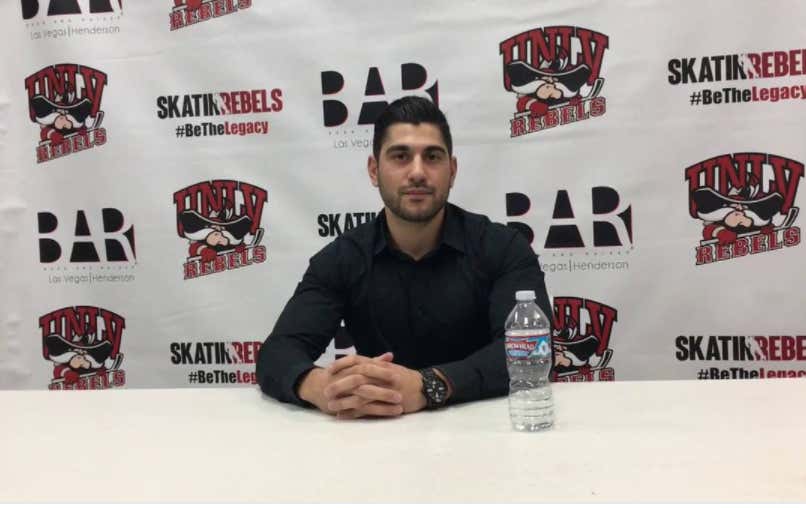 Review Journal – UNLV assistant hockey coach Nick Robone was shot in the chest during Sunday night’s massacre across from Mandalay Bay but is expected to recover.

Team general manager Zee Khan said Robone, 28, is in intensive care at Sunrise Hospital and Medical Center, where he had a bullet removed from his chest. The shot missed Robone’s lung.

“They removed the bullet and the fragments, but he’s badly bruised,” Khan said. “If all goes well, he will make a full recovery.” (reviewjournal.com)

Hockey guy of the year right here. Tough to make light of anything right now after the events that transpired on Sunday night, but I think I speak for the entire hockey community when I say this is great news.

Robone is the assistant coach of the UNLV Rebel Hockey team of the ACHA. The Las Vegas native is also a huge roller hockey guy as well. Robone, An NCRHA All American, is also the Head Coach of the Roller Hockey team at UNLV and has led them to back to back final four appearances.

Robone attended the route 91 concert with UNLV Head Coach Anthony Vingieri and other friends. Vignieri said he was standing about 10 yards behind Robone during the concert before all hell broke loss, he and his wife escaped unhurt.

Today was just another reminder how the hockey community can come together and get behind one of their own.